This year, the Inspection Panel, the accountability mechanism of the World Bank, is completing 25 years. The World Bank’s failure to comply with its operating policies was seen by the entire world in the Bank’s financing of the Sardar Sarovar Dam project on River Narmada.

In the 1980s, the tenacity of massive grass-roots uprisings from communities from India and the sustained hard work of social movements, which questioned the hegemony of the Bank, forced the the Bank, for the first time, to commission an Independent Review Committee (Morse Committee) for reviewing the social and environmental costs and benefits of Sardar Sarovar Dam. The establishment of Inspection Panel, a grievance redressal system for the project-affected communities, followed Morse Committee.

The silver anniversary of the creation of the Inspection Panel is a crucial opportunity to raise issues of livelihood, displacement, alienation from natural resources, destruction of the environment, and a threat to biodiversity and cultural hotspots caused by the Bank-funded large ‘development’ projects like dams, energy and other infrastructure projects.

Following the establishment of Independent Accountability Mechanism, a number of grievance redressal mechanisms were established by several development finance institutions over the next couple of decades.

Each year, a number of complaints are registered, which indicates the increasing number of grievous projects being implemented around the world. While IAMs of most MDBs are advertised to provide strong and just processes, the reports from the ground suggest otherwise. The banks are adopting practices, which suit their needs as well as that of clients’, which are borrowing countries, and not the people, whom the IAMs were built to serve.

In their efforts to hold the lending bank accountable, the communities face the arduous task of learning the complex formalities to get their grievances registered at the IAMs. Then many years’ of time and energy is channelised into seeing through the various cycles of these complaint-handling mechanisms. Often the complaint gets dropped off due to the complex procedures of the IAMs.

If has been observed that the people are made to wait many months to clear procedural levels. Moreover, the decisions of IAM are highly unpredictable. Further, the complainants face intimidation and reprisals from the state and project agencies for approaching the IAMs.

Many in the affected communities feel a loss of morale after long years of struggling with lenders. During this period a considerable irreplaceable harm is already done to their lives, environment and livelihoods.

In this manner, our immediate and larger goal should be to hold banks accountable for their failure to consult and obtain consent from communities before devising action plans for their natural resources in the pretext of ‘development’.

An influx of approved and proposed investments is being witnessed majorly in the projects related to energy, transport, steel, roads, urban projects, bullet trains, industrial zones/corridors, smart cities, water privatisation and other mega projects in India. These have been financed from different multilateral and bilateral sources, foreign corporations, private banks as well as Export-Import Banks (ExIm Banks). It has become a brutal challenge for communities, social movements and CSOs, with lenders and governments constantly shutting their eyes and ears to us who demand accountability for their actions. 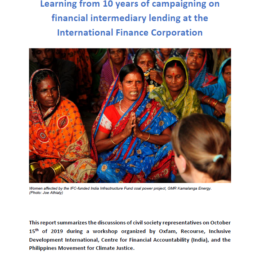 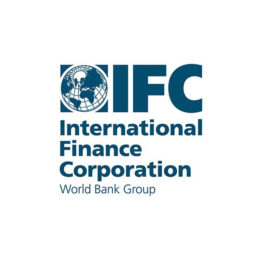