New Delhi, 13 January 2019: FAN India (Financial Accountability Network India), Indigenous Perspectives Environment Support Group, INSAF, Devidas Tuljapurkar, Joint Secretary, All India Bank Emplyees Association (AIBEA), All India Union of Forest Working People (AIUFWP), MAUSAM, Thomas Franco, All India Public Sector and Central Govt Officers Confederation along with other Civil Society Organisations and individuals have condemned government’s move to seek another round of funds from Reserve Bank of India (RBI). This announcement by ruling dispensation comes in just months after RBI approved Rs. 1.76 Lac Crore (including Rs. 52,637 crore from its contingency fund) of its surplus to be transferred to the government. This time, it is expected that the government will push for Rs. 35000 to 45000 Crores. If RBI agrees to this, it will be the third consecutive year that the government is asking for RBI’s dividend. It’s to be noted that the first demand for surplus resulted in a stand-off and the resignation of the then RBI governor Urjit Patel. But this time, given the Jalan Committee recommendations and that the government has its nominees in the board, it is expected that the transfer will be a smooth one and will be done after the Budget session.

The Reserve Bank of India maintains a contingency fund by keeping a portion aside out of its profits. Experts have argued that by digging into the reserve funds of RBI, the government is not only assaulting RBI’s autonomy but it is also marring RBI’s ability to tackle the unforeseen events such as sovereign crisis, volatile exchange rate and the current crisis in banking sector. This gathers significance when the non-performing assets (NPAs) crisis could push banks to the brim sooner than later. It would also risk a large number of common people whose savings can go down with the banks.

This move comes just three months after the Finance Minister shrugged off a question about the fall in GDP, at a press meet in Chennai, claiming that it is “normal in a growth cycle to have ups and downs”. But an official from the Finance Ministry reportedly said, that the government wants the RBI to consider this an “exceptional year” and hence oblige to the payout of its profits. Given the recession in the economy and predictions of it not picking up in the near future it is not unlikely that every other year will continue to be an “exceptional year”. Will this set a new trend that will allow the ruling parties to take RBI’s funds in order to cover up its own blunders? Will the Finance Ministry account for this money, when it has failed to do so for the previous transfer of funds from the RBI?

On can agree with the government’s contention that it has indeed been an “Exceptional Year” with the GDP falling to a 4.5 percent, growth rate is expected to be at 5 percent which is the lowest since 2008-09, cutting down spending of government departments down to Rs. 2 Lac Crore, divestment of major PSUs, manufacturing sector expected to grow at 2 percent which is a drastic fall comparing last year’s 6.9 percent and the imminent shortfall in tax revenue. And yet, the government refuses to acknowledge that the economy is in a severe crisis. Instead of actually taking a hard look at the reality of the economy, the government wants to trumpet its promise of a $5 trillion economy and is desperately trying to maintain liquidity, by either selling institutions or by asking them to transfer funds.

Despite its continuous sloganeering of Sab Changa See “All is well”, the facts on the ground colossally prove to be on the contrary. The government is trying it be an annual affair by digging up in the RBI reserves. But the question remains that “Will this help?” If the past is of any indication, it is a resounding NO! This is not going to help the economy or the government in the long run. From the very beginning this government has taken one wrong step after the other in the wrong direction. The first and the most deadly blow to the people and the economy has been the policy of demonetisation which has its impact even till today. GST is yet another example of this government’s failure. Whether it is the banking crisis or an economic slow-down, one can count on this government to come up with the ineffective policy changes which enhance the problems instead of resolving it. To control the NPA crisis caused by corporate loans defaults, instead of punishing willful defaulters and changing the lending policies, the government has consistently written –off crores of public money. It is important to note that while the government is planning to ask for Rs 45000 Crore from RBI for upcoming year, it has written off Rs 216,509 Crores in 2018-19 alone. To boost the economy, the ministry has reduced the corporate tax and to ease business by slashing down environmental, social and labour regulations under the guise of progress. 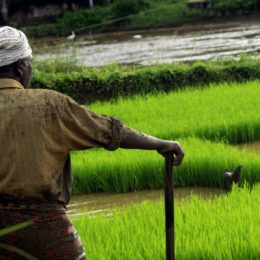 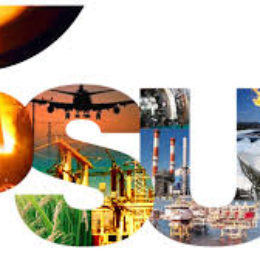 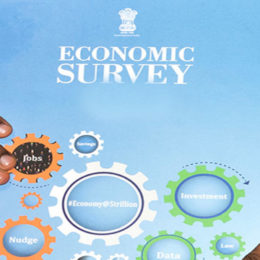