The Finance Minister of India announced an allocation of Rs.100 crore from the Union Budget, for the initial preparations for hosting the G-20 presidency meeting in 2022. It is also the 75th year of Independence for India. The G-20 members include the G-7 nations—Canada, France, Germany, Italy, Japan, the United Kingdom the United States—and 11 emerging market and smaller industrialized countries—Argentina, Australia, Brazil, China, India, Indonesia, Mexico, Russia, Saudi Arabia, South Africa, South Korea and Turkey. The EU is also a member of the G-20. The growth of Brazil, Russia, India, China and South Africa (the BRICS countries) has driven the growth of the global economy. The G-7 countries grow slower. Therefore, the BRICS countries are critical for ensuring continued global economic prosperity. G-20 has no legal political or legal authority, yet it wields a significant influence on the global economy. Hence, the annual summits of G-20 countries hold much importance since the leaders of these nations spend two days together to discuss international trade, financial regulation and the current objectives of the nations for each year.

Candidates for new membership for BRICS’s New Development Bank (NDB) are expected to be announced before the BRICS Summit at St. Petersburg Russia in July this year, as announced by the Russian Deputy Finance Minister last week. “The bank does not force the acceptance of new members. We believe that there are enough existing multilateral development banks. The new development bank, as its shareholders decided, will expand conservatively, not exponentially, as was the case with the Asian Infrastructure Investment Bank,” Stergei Storchak told the media. Before further expansion and facilitating capital flow in new member countries, questions are raised whether NDB would slow down its pace and work on actually setting its safeguard policies and accountability systems in place.

The Government of India and the World Bank signed a $450 million loan agreement to support the national program Atal Bhujal Yojana (ABHY) – National Groundwater Management Improvement Programme early this week. It will be implemented in the states of Gujarat, Maharashtra, Haryana, Karnataka, Rajasthan, Madhya Pradesh and Uttar Pradesh and cover 78 districts. These states cover the hard rock aquifers of peninsular India, as well as the alluvial aquifers of the Indo-Gangetic plains. They were selected based on several criteria, including degree of groundwater exploitation and degradation, established legal and regulatory instruments, institutional readiness and experience in implementing initiatives related to groundwater management.

“The Atal Bhujal Yojana intends to strengthen the institutional framework for participatory groundwater management and encourage behavioural changes at the community level for sustainable groundwater resource management. The use of cutting-edge technology, involving Artificial Intelligence and Space Technology will further help in better implementation of the program”, said Sameer Kumar Khare, Additional Secretary, Department of Economic Affairs, Ministry of Finance. The program will introduce a bottom-up planning process for community-driven development of water budgets and Water Security Plans (WSPs). To facilitate this process, the government will transfer a significant portion of the money (nearly 80 percent) to local governments, including districts and gram panchayats, as incentives for achieving targets in groundwater management. The remaining funds will be used for providing technical support for sustainable management of groundwater and strengthening institutional arrangements in the selected states.

The World Health Organization (WHO) has declared the outbreak of the pandemic coronavirus infection in China as a global emergency. With more deaths reported every day and new cases reported globally (till date coronavirus cases have been confirmed in 18 nations), media is reporting how acutely the Chinese economy is hit. Earlier this year, India’s declined growth rate adding to the global slowdown was a worry. And now China’s emergency is further adding strain, since any fluctuations in China’s GDP will affect the world economy. Estimates suggest that the SARS outbreak of 2002-2003 impacted China’s GDP growth rate by 1.1 to 2.6 percentage point, but this time such an impact would be destructive since China and the world economy are more interconnected and interdependent now.

The restrictions on travel has affected the demand and supply of raw materials in China. Wuhan, the capital of Hubei province from where the outbreak took place, is a significant transport hub. The shutting down of Wuhan and the neighbouring cities in China has already led to massive losses in tourism- hotels, airlines and luxury and consumer goods. Similar impact is expected for steel production in China, (which is also its biggest manufacturing nation) since Wuhan Iron and Steel Corporation, also known as WISCO, transports its raw materials through the Yangtze River. In India, according to the Ministry of Tourism, China is the eighth significant place from where tourists visit India, contributing 760 mm USD to the economy. Reports say that over 70 lakh people had made travel plans for abroad. But actual travel is estimated to have come down by 40 per cent compared to 2019. The Ministry of Commerce says that China is among the first three countries India exports its commodities and the demand for raw materials, consumption of products and manufacturing are expected to decline. Imports of high-grade steel for Indian automotive and high-end electrical steel, were the most significant imports from China in the fiscal year 2018-2019. Besides, India is dependent on China for a whole lot of sectors such as smartphone, solar cells and modules, TVs and electronics, toys, furniture, computers and cars. India is also a significant importer of oil and the world’s sixth-largest exporter of refined petroleum products. The outbreak of coronavirus has reduced oil prices in the global market. Lower prices will result in lower inflation. Early estimates say the coronavirus outbreak may cost China’s economic growth by 0.5 per cent to 1 per cent. One percent, will be a huge loss for an economy like of China which is estimated to be over $136 billion. 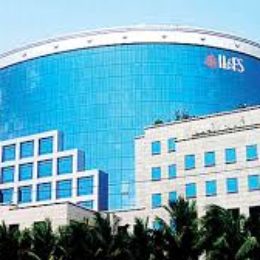 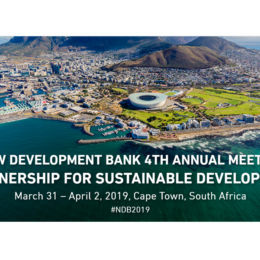 Solidarity Statement from India on the NDB’s Fourth AGM