The annual Spring Meetings of the Boards of Governors of the World Bank Group (WBG) and the International Monetary Fund (IMF) was held in Washington DC this year with David Malpass taking over as the new president of the World Bank President after Jim Yong Kim prematurely resigned to join a private equity fund.

Due to the World Bank’s shareholding pattern, in which the US is the largest shareholder; no country challenged Malpass’ nomination for the president of the World Bank. The only challenger, Ziad Hayek, an expert on public-private partnerships and former investment banker, who was nominated by Lebanon had to withdraw because of pressure from other governments. Thus, this election also followed the unwritten rule of US citizen leading the World Bank.

Currently, the developed nations have disproportionately high representation in the governance of the Bank. With 12 per cent of the population, they hold 50% of the World Bank’s subscribed capital, which also gives undue advantage to the US, without whose support no candidate can become World Bank’s president.

The civil society organisations across the world have been criticising the current appointment process and demanding an open, transparent and merit-based system, as promised by the World Bank’s Board of Directors. More than 90 organisations wrote an open letter to the World Bank Board asking them to encourage and consider candidates from the global south. The election of David Malpass, however, showed the hypocrisy of the World Bank which lectures the world on good governance, while not following any standards they preach.

While nominating Malpass for the World Bank’s presidency, the US government emphasised that he played a leading role in negotiations that led to a $13-billion capital increase for the Bank last year. However, he is a known critic of globalism and multi-nationalism. He had also criticised the World Bank for taking multi-nationalism too far and for providing credit to emerging economies, particularly China and India, at less than market rates. Currently, China is among the highest lenders of the World Bank. His views on climate change, deregulation, and tax cuts were controversial. This makes us think about the future of the World Bank’s commitments towards climate change and stopping investments in fossil fuel?

The 2019 Spring Meetings began with the IMF chief Christine Lagarde warning a slow down of the global economy by 70%. Gita Gopinath, the Economic Counsellor and Director of the IMF’s Research Department, described the situation as delicate as the global economy is slowing and the downside risks are continuing. The recovery was defined as precarious.

The 2019 World Economic Outlook (WEO) report projected a decline in global growth from 4% to 3.3%. The WEO observes that the real economy continues to be in crisis with weak industrial production and investment, while the financial sector is recovering and global trade still not picking up. The WEO speaks of three major issues – rising inequality, weak investment and issues across global trade and trade protectionism  – that must be addressed to enhance growth.

WEO, the global fiscal monitor, argues the case for reducing food and fertiliser subsidies and enhanced tax compliance making it broad-based (indirect taxation). For India, the World Bank has been advocating for export-led growth, instead of a domestic consumption-led one that is presently leading the country’s growth. There has been a growing gap between imports and exports. India currently exports only 10% of its GDP. However, the advice from the Bank comes with a demand for further liberalising the imports. This would mean integrating more into the global economy and further opening up to its vagaries of the global economy.

New report on development policy lending of the World Bank

The agenda of the global financial institutions, as being understood from different reports are pushing for significant reforms in the power sector; on land acquisition; labour reforms; and strengthening business climate. This is going to increase conflicts over land in tribal, rural and urban areas; assault on labour rights and the environment in the name of promoting business.  A Eurodad’s report on the conditionality in lending by World Bank, published during the current spring meeting, found that World Bank pushes conditionalities through its development policy lending. The report analysed 53 Development Policy Operation (DPO) of 2017 from 46 countries and found 506 conditionalities. The report observed, “World Bank’s strategic approaches and ideological preferences are reflected in loan conditions. Loan conditions promote the ‘private finance first’ ideology of the World Bank’s Maximising Financing for Development (MFD) approach that was adopted in 2017 and also the (foreign) business-friendly approaches which guide the World Bank’s Doing Business Report, the Enabling the Business of Agriculture agenda and the World Bank’s own procurement policy.”

World Bank’s current governance structure, which is dominated by a few developed countries allows for a policy prescription which suits their business and ideology. This has resulted in more countries falling into a new debt trap. The International Trade Union Confederation has called for a new social contract with universal labour guarantee for all workers; universal social protection; occupational health and safety; control over working time and living wages. The conditionalities and policy advice put forth by the international finance institutions deepens inequality and create an economic crisis.

It is high time to create a new multilateral system which is equitable, sustainable and is not captured by the global capital. The work towards this should start from dismantling the broken financial system represented by the World Bank and other global financial institutions. 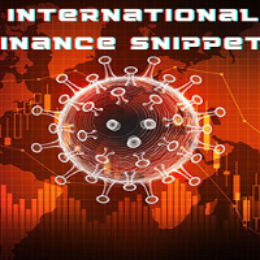 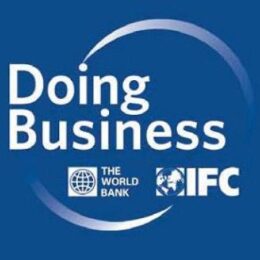 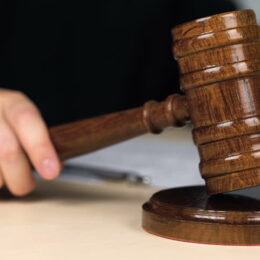 CSO Comments on Operationalizing Reforms to the Inspection Panel, including the creation of a new Accountability Mechanism