U.S. Energy Information Administration (EIA)’s data says that India has the fifth largest coal reserves in the world. Coal is also India’s primary source of energy. India, in addition to producing coal in excess of 600 million tonnes a year, imports about 150 million tonnes every year to meet its demand. Economically, coal is the cheapest fossil fuel. The coal industry is very crucial to the performance of Indian economy. It is the primary input that goes into the manufacturing of many other materials like steel, cement and electricity generation.

The Government of India in February 2010 introduced a clean energy cess to reduce the negative environmental consequences and increased pollution levels associated with industrialisation and urbanisation. The Clean Energy Cess, later renamed as the Clean Environment Cess, received substantial money through this tax. Later in the budget of 2010-2011, the establishment of National Clean Energy Fund (NCEF) which was also renamed as the National Clean Energy and Environment Fund (NCEEF) was announced for funding research and innovative projects in clean energy technology by levying a Clean Energy Cess on coal produced in India and imported coal. This note tries to look into how much cess is levied on coal, and the amount of money collected in different years. It also throws light on areas where the cess revenue is being utilised.

According to a brief note prepared by International Institute for Sustainable Development “Over FY 2010–2018, India collected INR 86,440 crore (almost USD 12 billion) worth of the coal cess However, as a low-middle-income country, India has many competing development needs, and not all revenue from the coal cess went to support renewable through the NCEEF. For example, in FY 2015/16, only 24 per cent of the coal cess receipts went to the NCEEF and were redirected to support clean energy and environment projects (Department of Expenditure, 2018).

Details of Fund collection and Transferred to NCEEF

The above table gives a picture of year wise collection and utilisation of cess since its inception in 2010. The total collection is Rs.86, 440 crores as part of the coal cess in the last eight years. Only 34% i.e. (Rs.29645Cr), less than half of the total collection has been received by the National Clean Energy Fund which was the primary objective of the coal cess collection. However, 18% (Rs. 15911 Cr) has gone towards financing other projects. This means that only 52% of fund is utilized and the rest 48% has remained unutilized.

Where is this money going and to what end?

The Funds’ priority will also be for demonstration of the viability of off-grid renewable energy businesses or technologies. The fund will be part of the “Promoting Energy Access through Clean Energy (PEACE)” initiative.

However, as the analysis and compilation of various publicly available documents show, this money was severely under-utilised and misused to accomplish the agenda of the Union government. Questions regarding this large quantum of unspent funds went unanswered by the Ministry of Finance’s Department of Expenditure and it has been also raised by the Comptroller and Accountant General of India in successive financial audits of the Union Government’s accounts in 2013, 2014, 2015 and 2016 but it found that “no perceptible action has been taken.”Moreover, the government is only using this fund to meet budgetary shortfalls of various ministries. According to the response to an RTI filed by news website Scroll.in, an unspent fund amounting to Rs. 56,700 crore is to reimburse state governments for any loss in their revenue generation as a result of the implementation of the poorly-thought Goods and Service Tax. The CAG, on multiple occasions, flagged this malpractice as a cess is collected for a specific purpose and is non-lapsable fund. The latest CAG audit report points towards this malpractice with other cesses: Primary Education Cess, Secondary Education Cess, Education Cess on Imported Goods, and cess on Crude Petroleum Oil, Road Cess, NCCD on Tobacco and Tobacco Products and Crude Petroleum Oil.

Considering that the fund is non-lapsable and has to be utilised for pressing issues like education, clean environment etc, the governments shouldn’t keep on not-utilising or diverting the money. To use CAG’s observation, this economic jugglery is ‘untenable’ in the long term. 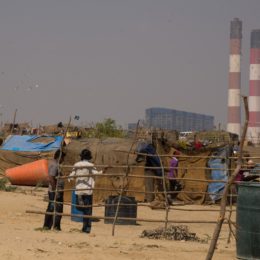