The COVID -19 crisis has been largely held responsible for the setbacks in the renewable energy sector in the country since the beginning of the year. However, a new briefing note of IEEFA published on 22nd September, 2020 states that despite the slow growth pace and collapse in electricity demand due to the pandemic, the Indian renewable energy programme attracted investment commitments to the tune of $10-20 billion through the renewable energy capacity and storage auctions held till date in 2020. The note particularly points to the Solar Energy Corporation of India’s 2 GW solar auction in June as a significant highlight amongst the investment opportunities. The top international developers who acquired winning bids include firms like Japan’s JERA, USA’s Goldman Sachs, Canada’s CPPIB, IN Vogt of Germany, Ayana Renewable Power backed by UK’s CDC Group, Solarpack of Spain, Enel in Italy, Amp Energy of Canada, Eden Renewables in France and the ReNew Power, an Indian firm backed by Abu Dhabi’s ADIA.

However, the government’s bid to promote renewable energy in general and mega solar parks in particular that in turn require large tracts of land have forced the local communities in many regions of the country to push for titles over their agricultural and pastoral and adequate compensation in the event of an eviction from their lands. The fact remains that even when the government has regulatory and legal frameworks in place for institutionalisation and promulgation of RE projects in the country, intended to attract both domestic and international investments for the same, there are no legal frameworks for conflict resolutions emanating from the forceful procurement of lands for these mega projects. With high sun-intensity states like Rajasthan, Gujarat, Madhya Pradesh and Karnataka gearing up for more commissioned solar plants, the land contestations are bound to intensify in the coming days. The Rajasthan High court while dismissing one of the petitions filed against the solar plants in the state even went to the extent of observing that RE is the mantra of the day as it is environmental friendly and is thus the best alternative for fossils. However, displacing communities with no compensation or rehabilitation packages and usurping their lives and livelihoods for power generation to which they might have no access in all likelihood seems to not bother any of the major democratic stakeholders in the country.

Further, Coal India Limited (CIL), along with its fully owned subsidiary Central Mine Planning and Design Institute (CMPDI) have reiterated its commitment towards pursuing its target of producing 1 billion tonne of coal by 2023-24. Along with this, regional explorations stretching over 140 sq km area through 6 geographical reports have estimated an additional 9.75 billion new resources. In a related development, Odisha government has requested the Central Government to defer the coal auction processes in the state by atleast 3 months. The state fears that a poor response to the auction due to a fall in the market value of coal, due to covid pandemic, will adversely affect the state’s revenue collection. 9 of the total 41 coal mines listed by the Central Government for auction for Commercial Mining are located in Odisha and around 10,750 million tonnes of coal are reserved in these blocks. Read more.

The Mint Report on the 44th NTPC Annual General Meeting has recorded the public sector unit’s commitment to not acquire any further land for greenfield thermal power projects and instead focus on reducing the carbon footprint. However, the company was also quick to add that such a commitment should not be taken as a death knell for coal-based capacities and in turn the multiple projects across the country should be explored as potential sites for brownfield expansion. Further, as a part of its plan to add atleast 5GW of solar capacity by the next two years in addition to the current 4GW of mostly solar renewable capacity, the NTPC has commissioned the Ultra Mega Renewable Energy Power Parks (UMREPP) scheme. This entails further acquisition of vast land tracts within the already renewable projects rich states like Gujarat, Rajasthan, Madhya Pradesh, Maharashtra, and Andhra Pradesh. Read more. Indiscriminate institution of ultra power parks without any fair and transparent public hearing process within the locality where a plant is due to come up or an assessment of the ecological and livelihood sensitivity of the regions will only make these solar parks false solutions to the energy crisis in the country.

In another development, the Indian Energy Storage Alliance (IESA) in a conference held on 22nd September 2020 to mark the 4th World Energy Storage Day spoke on the employment opportunities presented by India’s energy storage space along with inter-industry collaboration and policy incentives to make India a self-reliant energy economy. However, the talks on employment avenues and skill development of employees comes in the wake of the massive protests by the power sector employees against privatisation of discoms and the Electricity Amendment Bill of 2020. The failure of the privatization and urban distribution franchisee model that the government experimented with in the powers sector has only motivated the government to further safeguard the profitability of the private sector companies. 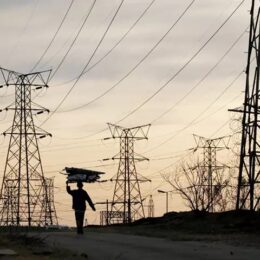 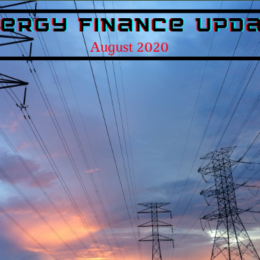 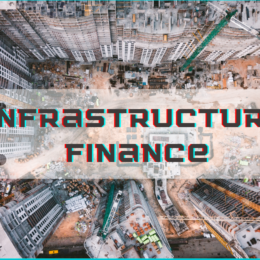