MUMBAI : In September, while speaking at the United Nations Climate Action Summit in New York, Prime Minister Narendra Modi committed to setting up 450 gigawatts (GW) of non-fossil fuel power by 2022. With this, he more than doubled the initial target of 175GW of green energy that his own government had set in 2018. “We must accept that if we have to overcome a serious challenge like climate change, then what we are doing at the moment is just not enough,” Modi told the audience of gathered world leaders in New York.

Back home, however, the renewable energy industry that Modi is resting his hopes on is flailing. India’s installed green energy capacity stands at about 65GW today. It was expected to cross 100GW by December 2022, definitely short of the government’s 175GW target and far behind 450GW. But even that expected 2022 projection now seems a bit too optimistic.

For the last few years, as thermal power slowly fell out of favour due to rising coal costs and natural gas disappeared from the domestic market, everybody wanted to get in on the green energy game. And a big bulk of the new investments in green energy went into silicon panels, which were powered by the sun. However, that breakneck pace of the last few years is now flagging and the solar/wind party is on the verge of a shutdown.

Solar energy tariffs in India are among the lowest in the world, but state governments are keen to push them down further. These dangerously low tariffs are turning unsustainable for some developers, who in turn cut corners on quality. Some state power distribution companies (discoms) are also over a year late on paying their power bills.

Developers in Andhra Pradesh are facing an existential crisis as the state holds them hostage with two equally unpleasant options: either lowering the tariffs agreed to by the previous government or stopping generation altogether. And where there was once a steady stream of investment into the sector, that tap is now turned off.

Independent power developers (IPPs) are wary of admitting to a slowdown, but the signs are everywhere. Of the 64GW that was auctioned by the Centre and states in FY19, 26% received no or lukewarm bids and another 10% got cancelled (See chart).

Tariffs that states are willing to pay are capped at ₹2.50-2.80 per unit, limiting the room for IPPs to improve profit margins and disincentivising quality projects.

Vinay Rustagi, managing director of renewable energy consulting firm Bridge to India, said: “In the last four months, there have been 11 wind and solar project auctions. Only two of these auctions have been fully subscribed. None of the problems that the sector is facing seem like they are going away anytime soon, so the bidding uncertainty may persist.” Even in projects that have gotten off the ground, the pace of execution has slowed down dramatically (See chart 2).

If this slowdown persists, not just in renewables but in the broader economy, it will bear down on India’s energy transition plans. “If the economy does not revive, then we won’t care much about the clean energy target. That moves down in the list of priorities,” said Ashwini K. Swain, executive director at the Centre for Energy, Environment and Resources, Delhi.

And that will have ripple effects far beyond the narrow interests of power sector incumbents. “Countries on the solar leader board almost all have had a parallel development in solar-based IP, manufacturing and deployment. But in India, we went straight to deployment and that makes us vulnerable to global players like China and Vietnam who lead in manufacturing,” said Swain. That dependence will only grow even more as India’s energy transition slows or gets delayed.

Nearly 46% of Germany’s energy already comes from renewable sources. Even in China, that figure crossed 26% last year. If the energy mix powering economies around the world is going to inevitably shift in the near future, what will be the cost of India missing the bus or catching a late bus?

In July, Y.S. Jaganmohan Reddy, the newly elected chief minister of Andhra Pradesh, said solar and wind IPPs that provide power to the state would have to lower their tariffs or else see their long-term power purchase agreements (PPAs) cancelled. To understand the scale of that threat, consider that the state, at 7.7GW, buys 9.6% of the renewable power generated in India.

Like Gujarat in the north, Andhra Pradesh had, until then, led the industry’s growth. IPPs like Hyderabad-based Greenko Group, valued last at $6 billion and backed by sovereign investors such as Abu Dhabi Investment Authority and Singapore’s GIC, were encouraged to set up their first plants there. IPPs like ACME Solar, ReNew Power and Mytrah Energy, among the biggest by capacity in the country, followed. Credit rating agency Crisil has estimated that Andhra Pradesh’s decision affects 5.2GW of its installed power, placing ₹21,000 crore of outstanding debt at risk of default.

The bone of contention for the state government is PPAs signed from 2014-2019 that were over and above the mandated 5% renewable power purchase obligations of the state. Before competitive bidding for awarding projects was introduced for the renewable energy sector in 2017, states invited developers by setting a fixed tariff (called the feed-in tariff). Greenko’s first plants in the state sell power at ₹5.74 per kWh, which appears to incense the current dispensation when prevailing solar tariffs have fallen to a low of ₹2.44 per kWh. Add to this the fact that state discoms’ dues are piling up and there are enough signs of a brewing crisis.

As of July 2019, which is the latest data available from the Central Electricity Authority, state discoms owe a whopping ₹9,735.62 crore to renewable energy companies. Of this, ₹6,500 crore is due from just three states—Andhra Pradesh, Tamil Nadu and Telangana. Andhra Pradesh discoms, the worst offenders, haven’t paid their dues in over 13 months.

“What we have achieved so far in renewables despite the uncertainty in payments from discoms is a major achievement. But the fate of the energy sector hangs on fixing discoms,” said Chandra Bhushan, chief executive of Delhi-based International Forum for Environment, Sustainability and Technology.

Policy changes have been sudden and unpredictable in other states as well. Taking a cue from Andhra Pradesh, Uttar Pradesh made an attempt to renegotiate old renewable energy tariffs. Gujarat decided last year that only projects which supply power to the state discom could use land within the state, flouting a central procurement agency’s rule for setting up projects under the interstate transmission system. Rajasthan, one of the most sought-after states for solar power plants, recently announced its decision to impose a charge of ₹2.5-5 lakh per megawatt on all projects that sell power outside the state.

Sanjiv Aggarwal, partner (energy) at Actis Llp, is best-placed to discuss the current challenges of the sector. In 2014, when the sector was taking off in India, Actis set up Ostro Energy and started constructing large wind and solar power plants. In 2018, Actis sold Ostro’s 1.1GW of capacity to its competitor ReNew Power at an enterprise value $1.6 billion. Actis then launched its second renewable energy platform, Sprng Energy. Aggarwal heads the practice in Asia.

“There are several hidden risks in solar,” said Aggarwal. “There is the currency risk because modules are imported and then the cost of the module itself keeps varying. The big challenges (though) are regulatory issues in some states and availability of debt financing.”

While the renewable energy sector has been fuelled mostly by private equity (PE) investments so far, the number of firms now able to attract investment has dwindled. PE investment into renewables have stayed flat in 2018 ($1.93 billion) and 2019 ($1.8 billion, till date).

And large banks like State Bank of India are no longer lending to renewable energy projects that sell power at below ₹3 a unit. Most lenders Mint spoke to declined to comment on record on the health of their renewable energy exposures.

One private sector lender, on condition of anonymity, said: “With states like Andhra Pradesh reneging on contracts and the health of discoms being as abysmal as ever, several renewable energy firms are facing working capital pressures. Now, when I lend, I don’t want to take on projects in Andhra, Telangana or Uttar Pradesh any more. We are seeing a serious risk of default where these states are the counterparties. Till a year ago, we would probably turn away 5 of every 10 developers who approached us. Now, I turn away 7-8 of every 10.”

But beyond the rising risks and regulatory uncertainty, an increasing area of concern is also the quality of solar energy installations in India, most of which are chasing cheaper panels from China to break-even. Animesh Damani, managing partner at Artha Energy Resources, a Mumbai-based renewable energy consultant and investment bank, said: “We have access to data on the performance of solar energy installations in a variety of states, and there is enough data available to show higher-than-expected degradation levels in the solar modules that Indian developers are using.”

A 2016 all-India survey by a team of experts from IIT Bombay on photovoltaic (PV) module reliability found significant variability in the quality and degradation rates of solar modules in India. The study warned that quality issues in solar PV cells could be the result of “very aggressive pricing and commissioning deadlines for PV plants in India in recent years”. It cautioned that due diligence should be exercised while selecting and procuring modules, including verifying the antecedents of the manufacturer, and independent checks on the quality of the modules imported into India.

“Indian developers rarely use tier-I panel manufacturers when setting up plants in India,” said Damani of Artha. He is now setting up a platform for rooftop solar projects and is aware of quality discrepancies in modules that are imported into India. “A top-quality Tier-I manufacturer such as REC or HanwhaQ or Canadian Solar would degrade at 0.8-0.9% even after 7 years, but we don’t see many of these being used in India. Indian IPPs buy from second-tier or poor-quality Tier-I Chinese manufacturers who sell modules at upwards of 30 cents to the US but at 22 cents to India. Hence, the quality is variable. Government quality norms on modules imported into India are not comprehensive. Nobody checks the purity of silicon being used in these modules. If IPPs use the best quality of modules available in the market, it is not possible to produce solar power at the cheap tariffs that we see now,” he added.

Ultimately, a large part of this stress in the renewable energy sector is because the rate of growth in power demand, particularly from high energy-consuming industries, has been slower than everybody expected.

Data from the Central Electricity Authority shows all-India power demand growth slowed to 4.4% in April-September this year, down from 6% a year ago.

A senior industry executive who declined to be named said: “If the economy was growing at a clip and demand for power was rising, none of these problems may exist. Today, discoms are forced to buy expensive power and political pressures prevent them from raising tariffs for consumers. If there is no demand for more power, the ripple effect is longer payment cycles and more standoffs between states and generators. This isn’t going to change till economic growth picks up. But is it going to soon?”

This article was published in Mint. 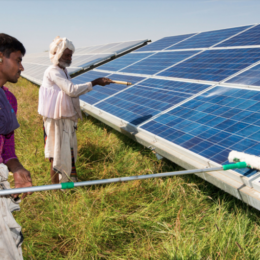 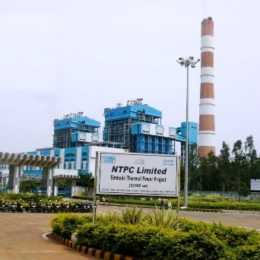