The Finance Minister has reprimanded the Chairman of State Bank of India in an outreach meeting at Guwahati in which the Finance Minister of Assam Himanta Biswa Sarma, officials from banks and state government and few ruling party workers were present. Someone has recorded the conversation and circulated an audio tape which has gone viral. AIBOC issued a press statement condemning the incident but has withdrawn the press release after a day, apparently under pressure. The Finance Minister herself has tweeted the withdrawal of press release and the Assam FM has released the original press statement which appears in the twitter page of the FM0. So, it is apparent that the government forced AIBOC to withdraw the press release which has created a dent on the image of AIBOC. The Assam FM has stated that AIBOC has not understood the context and he has profusely thanked Ms. Nirmala Sitharaman. Nobody has disputed the authenticity of the tape. Rather Finance Ministry officials have defended her remarks as per news reports.

The issue involved appears to be KYC norms not complied by the tea workers. Now the revenue officials are giving a letter which is treated as address proof and identity proof. This could have been done much earlier when RBI instructed the banks to strictly comply with KYC norms. RBI fines banks for not complying with its instructions.

The question is, “Is it correct for the FM to call a bank heartless, inefficient and ask the Chairman of the bank to come and meet in Delhi in front of so many people? It has badly damaged the reputation of the bank which is serving the interiors of the country and demoralized the lower level officers and employees, across the country.

Just a day before this incident she has released a document “Ease 3.0” (Enhanced Access and Service Excellence) prepared by Boston Consulting Group which advices the Banks to use digital technology more and collaborate with non-banking financial companies. Can the Finance Minister clarify whether digital technology and NBFCS can cater to the tea estate workers and huge number of marginalized people in the interiors of North East? It is the Public Sector banks which have reached these places and people.

The twitter page has comments saying she is arrogant, she has failed as FM, she should leave, she should apologise’ etc. Will the FM regret the incident and say, “I am sorry” in public? Her utterances are seen as shifting the blame on bankers to hide her failures in managing the economy.

The FM says “Don’t say I am thrusting this on you”, “what I speak will not be song for you” “you are disconnected from people”, “branch staff do not know local language” “staff do not know government schemes” “you depend on credit rating agencies” “AI and Big date alone will not do” “Development finance Institutions are needed”

Will she take steps to rectify the problems she speaks of?

“A person who feels appreciated will always do more than what is expected.” 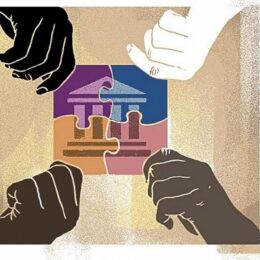 Random Reflections- Future of Wage Revision and Trade Unions in Banking Sector – End of the Road? 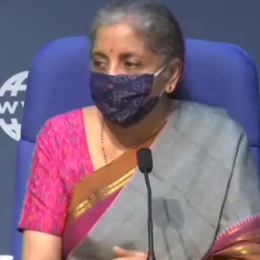 Random Reflections— Whom are you fooling Finance Minister?; You are actually opening a Pandora’s Box 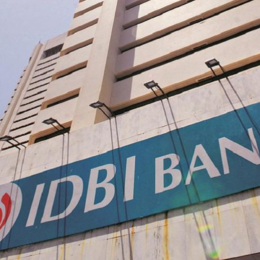 SAVE PUBLIC SECTOR CHARACTER OF IDBI