By ruling out funding new coal-fired power plants globally, Standard Chartered has sent the message that developing countries such as Vietnam deserve clean air and water.

Standard Chartered announced this week that it “will not directly finance any new coal-fired power plant projects, including expansions, in any location.”

“Having previously committed not to finance any new stand-alone thermal coal mines, we are now going further by stopping our financing of new coal-fired power plants anywhere in the world, save where there is an existing commitment,” StanChart said. But the bank should pull out of existing coal investments as well, as coal plants need to be shut to clean our skies.

Standard Chartered has clearly recognized that Vietnam’s economic development should come from clean renewable energy like solar and wind, and not at the expense of our health and climate.

Standard Chartered’s withdrawal from the Nam Dinh 1, Nghi Son 2 and Vinh Tan 3 coal plants is the writing on the wall for other banks operating in Vietnam such as HSBC.

Now there are 17 international commercial banks, including the Royal Bank of Scotland, that have committed to end finance for new coal plants around the world. This number will only grow.

All eyes on HSBC

HSBC’s new energy policy has been praised in the media, which is shocking given that it allows the global bank to continue financing coal plants in Vietnam, Indonesia and Bangladesh. Rich countries are allowed to have clean air but apparently it is fine for Asians to choke to death.

HSBC executives need to know that continued financing of new coal power in Vietnam will worsen our air quality and cause thousands of lives lost. I have to put a face mask on my six-year-old daughter every morning for her journey to school. Why aren’t banks like HSBC redirecting their funding to solar and wind power, as we have the abundant potential for both clean energy sources?

This month, Japan’s Marubeni, known as a giant coal-plant developer, also exited coal investment, which will surely lead to Japanese and Korean financiers also pulling out of the region, especially as there is no such thing as “clean coal.”

Even Prime Minister Shinzo Abe, the leader of one of the major coal-promoting countries, wrote in the Financial Times recently that we must reduce fossil-fuel use. Coal is the most obvious place to start given its alarming global role in fueling climate chaos and air and water pollution.

Private banks in India are already shying away from financing new coal projects. A report from the Delhi-based Centre for Financial Accountability mentioned that most of the financing of coal projects in India is government-driven, signalling that without government intervention, private bankers and financial institutions don’t see profits in investing in coal projects.

India, its government-owned banks, and politicians are now dealing with tens of billions of dollars’ worth of bad loans in a coal-heavy power sector. In a country like India, where renewable energy is cheaper than coal and air pollution is crippling the economy and public health, investing in coal projects does not make economic or moral sense.

The future for new coal is coming to a close. Businesses and communities alike want renewable energy.

The article, first published in the Asia Times, can be accessed from here. 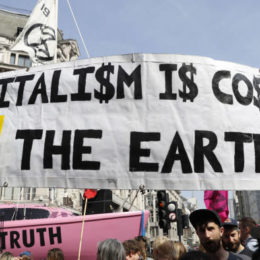 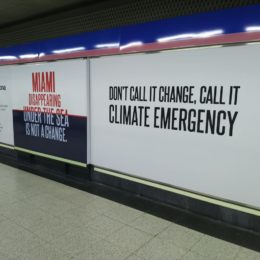