Given that India is building many of the world’s biggest solar parks and also harbours high wind power ambitions, there is no reason to waste precious foreign currency on imported gas or thermal coal

State Bank of India’s Chairman Rajnish Kumar would not be surprised about Norway’s recent decision to divest from a selected group of fossil fuel companies. He had recently declared 31 gas-based power plants across India as already stranded and uncompetitive against the new low-cost renewables.

The energy void created by a declining fossil fuel sector is being filled by alternatives. According to India’s recently submitted biennial report to the United Nations, over 23 gigawatts of solar capacity has been installed or commissioned. Given that India is building many of the world’s biggest solar parks and also harbours high wind power ambitions, there is no reason to waste precious foreign currency on imported gas or thermal coal.

Worldwide, especially due to climate and other financial risk factors, the oil and gas sector is set to tread on the footsteps of the coal industry, which is experiencing an avalanche of divestment. Last week, BNP Paribas Asset Management ($450 billion assets under management) divested over $1 billion in coal. As a giant Sovereign Wealth Fund (SWF) that has already shed thermal coal — Norway has been advising other SWFs.

Oil minors, fracking and Indian companies to be affected
Where does this leave us? Well, there are at least four Indian oil and gas companies that could be excluded based on Norway’s criteria: Reliance Industries, Indian Oil, Oil & Natural Gas Corp, and Oil India. With Reliance Industries’ E&P division reporting consecutive losses and ONGC, a once cash-rich public company, now under a mountain of debt. It makes an obvious call for investors to divest. Overall about 150 exploration and production companies globally are likely to be removed from the world’s largest SWF.

The fracking business and more expensive oil reserves are bringing an array of trouble for investors. In the United States, 33 small- and mid-size exploration and production companies have lost billions of dollars.

Oil majors should be worried
One thing is for certain, the largest oil and gas majors will be monitored very closely from now on. We should not allow it to escape anyone’s attention that five of the world’s largest oil majors are forecast to put a mere 3 per cent of their 2019 capital expenditure towards low carbon technologies.

We cannot pretend oil and gas risks don’t exist
Certain professors have been bold enough to stand up to spurious arguments about how the Oil Fund should hold back on oil and gas divestment. Norway has so far ignored generous offers from Prime Minister Narendra Modi to invest in Indian infrastructure, a position which is likely to change, not least with the likelihood that the Oil Fund will be allowed to invest in solar and wind projects this year. 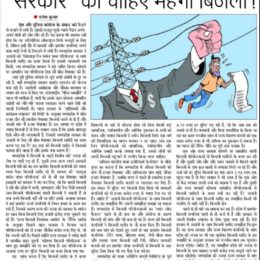 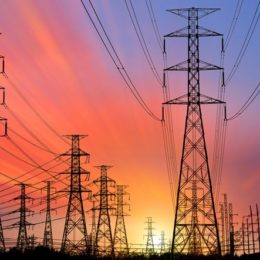