In her speech, she highlighted the need to shut down old coal plants. India has about 48GW worth of coal power plants that are old and don’t comply with the new emission standards.

New Delhi: Green advocates on Sunday praised Union Finance Minister Nirmala Sitharaman’s Budget speech towards combating air pollution along with fighting climate change and energy transition. But they were apprehensive too on several issues over the increased fund allocations.

In her speech, she highlighted the need to shut down old coal plants. India has about 48GW worth of coal power plants that are old and don’t comply with the new emission standards.

Reacting to the Budget proposals, Delhi-based Climate Trends Director Aarti Khosla told IANS: “The Coal Ministry clearly is not on the same page as the Finance Ministry.”

“While the Coal Ministry still thinks coal is the ‘soul of India’, the Finance Ministry’s Budget hints otherwise. The Finance Minister’s Budget calls for an early retirement of old coal plants while adding more emphasis on renewable energy. The energy transition is inevitable, and crucial that the Union Budget acknowledges the cost of action versus that of inaction, taking a long-term view on a low carbon future.”

“The Budget had a positive outlook on several matters pertaining to climate and clean energy goals. Increased allocation of up to Rs 4,000 crore for air quality management in cities is not positive, if not implemented well,” she said.

Centre for Research on Energy and Clean Air (CRECA) analyst Sunil Dahiya said the mention of Rs 4,400 crore for clean air programmes was good to hear but the total allocation to the Ministry of Environment, Forest and Climate Change is merely Rs 3,100 crore, with an increase of just Rs 430 crore from last year.

“So it’s unclear and raises questions such as where has this money (Rs 4,400 crore) been parked and who will be responsible to manage and disburse this. We hope more clarity on this will follow soon and help streamline actions for clean air,” Dahiya said.

But as the latest Central Electricity Authority status shows that none of the thermal plants have met air pollution norms of December 2015 with a deadline of December 2019, raising doubts whether the minister is serious about “what she is saying”.

According to Athialy, the power sector contributes a major share to the non-performing assets (NPAs) of the banks. Without addressing how to reduce it, offering the new corporate tax regime to new and existing power generation companies would only contribute to more NPAs, rather than reducing it.

While proposing Rs 22,000 crore outlay for renewables and power sector in 2020-21 to realise the goal of 24*7 electricity for all, the minister assumes that lack of power generation is what is stopping from providing power for all, while India is power surplus.

The article, first published in The Economic Times, can be accessed here. 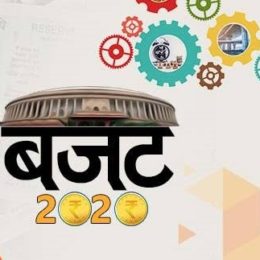