As many as 90 civil society groups and member have strongly objected to comments and objections on the draft Electricity (Amendment) Bill, 2020, stating it “such comprehensive reform of a major law during the lockdown” is “extremely unconstitutional” when “most fundamental freedoms, especially the freedom to associate and express one’s views and disagreements … are unavailable to the public at large.”
In a joint statement, addressed to RK Singh, Union minister of state for power and new and renewable energy, they said, the proposed amendment seeks to propose “electricity generation, transmission and distribution in an extremely centralized manner, and neutralizes”, even does away with powers of various State and District level decentralised institutional mechanisms.

This is with regard to the draft Electricity (Amendment) Bill 2020 proposed by the Union Ministry of Power issued online on its website vide letter dated April 17, 2020 (No. 42/6/2011-R&R [Vol-VIII]) requiring the wide public to comment within a period of 21 days, i.e. by May 8, 2020.
Due to widespread protests about attempting to amend a major law of the country when the entire nation was under lockdown, and almost all fundamental freedoms were unavailable, even suspended, we note this deadline to the comment was extended to 5th June 2020 vide letter of the Ministry dated April 27, 2020 vide (No. 42/6/2011-R&R [Vol-VIII]).

At the outset, we consider the advancement of this proposal to amend a major law that has a direct impact on economic, social and ecological securities of the peoples of India, during the lockdown, as fundamentally opposed to basic tenets of democracy.
As per Constitutional demands, lawmaking, or amending existing laws, must only be undertaken when every element of democratic decision making in the country is fully functional and the Parliament is able to perform its competent and oversight role on behalf of the people at large.

This is not possible during lockdown when most fundamental freedoms, especially the freedom to associate and express one’s views and disagreements, enshrined in Article 19 of the Constitution of India, are unavailable to the public at large and also to elect representatives.
As a result, initiating the public commenting period on such comprehensive reform of a major law during lockdown comes across as extremely unconstitutional and therefore constitutes the direct attack on fundamental rights of citizens, and opposed to the very purpose of the main law – which is to advance the public interest.
With this categorical position, we civil society groups and members submit hereunder other reasons why this proposed amendment has to be shelved.

1. The 2003 version of the Electricity Act was brought in to promote the corporatization of the power sector and make it market-friendly. However, due to widespread and tireless efforts of trade unions, environmental and social movements, various social and environmental safeguards were introduced into all aspects of electricity generation.
The proposed amendment attacks the very foundation of these safeguards and promotes a law that is unabashedly investor and industry-friendly promotes profit over public interest and makes no effort whatsoever to protect the rights of consumers, project impacted communities, natural resources and nature.

2. The proposed amendment organizes electricity generation, transmission and distribution in an extremely centralized manner, and neutralizes, even does away with, powers of various State and District level institutional mechanisms that currently guarantee decentralization of the electricity sector, especially with the proposal of establishing an Electricity Contract Enforcement Authority (ECEA).
This ECEA also takes away powers now latent to State Electricity Regulatory Commission (SERC). Such changes are opposed to the Constitution as electricity generation is in the Concurrent list and ought to involve States fundamentally in its planning, generation and distribution.
3. The proposed amendment promotes uniform tariff across states against the very grain of appropriate public planning of electricity. As a consequence, districts and states which suffer an immense loss due to diversion of natural resources to power generation, and do not benefit from the generated power, will pay the same tariff as those who consume the power without suffering any loss.

“The Bill dangerously promotes hydro as renewable, which it is not, and seeks to promote it as environment friendly, which again it is not“ 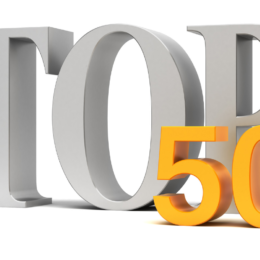 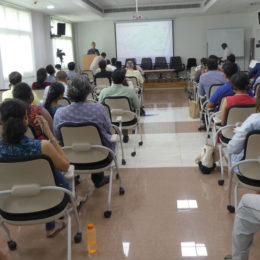