Last week, according to the media reports, the board of the Insurance Regulatory and Development Authority of India (IRDAI) approved public-owned Life Insurance Corporation’s (LIC) proposal to increase its stake in the troubled public sector bank Industrial Development Bank of India (IDBI) by investing in Rs. 10,000-13,000. According to the media reports, IRDA has approved the acquisition of up to 51% stake by LIC in IDBI Bank. The final decision on this will be taken by the LIC’s board.

The news about LIC’s takeover of IDBI resulted in a temporary six per cent increase in the price of IBDI’s shares. However, a cursory look at the documents reveals that there are many reasons which should force LIC to think at least 1,30,000 crore times before investing hard-earned savings and future of over 250 million Indians on IDBI or any public sector banks.

Before the increase, as mentioned above, in the prices of shares — which lasted for just two days — of IDBI Bank, the shares of IDBI fell 37.2 per cent in the two year period between July 05, 2016 and July 6, 2018. This fall is represented in the graph mentioned below.

The reasons behind this massive loss in the market capitalisation of the IDBI bank are its high bad loans and negative return on assets. As per the 2016-17 Annual Report of the IDBI, “at end-March 2017, 78.75% of IDBI’s loan were Standard Assets, 4.26% were Sub-standard Assets, 16.45% were Doubtful Assets.” After IDBI posted the loss on two consecutive years, Reserve Bank of India invoked Prompt Corrective Action (PCA) framework, which restricted distribution of dividend, branch expansion, capital expenditure, investment in subsidiaries, etc.

The outcome of the rapidly deteriorating asset quality of the banks’ earnings is two-fold. First, with increasing NPA levels, the interest income of the bank is adversely affected. Second, the banks have to maintain higher provisions (from their reduced earnings); hence their net profits would be adversely affected, and could even turn negative, leading to faster erosion of banks’ available capital. Since the Government of India is the majority shareholder, the public sector banks (PSBs) serve broader objectives of distributional growth and equity, and the fact they PSBs have over 70% share in the total lending, the government recapitalised the public sector banks.

As per the 2017 Report of the Comptroller and Auditor General of India on Recapitalisation of Public Sector Banks, “to build up the capital adequacy of the PSBs, the Government of India, as the majority shareholder, infused 1,18,724 crore from 2008-09 to 2016-17 in PSBs.” The IDBI received Rs 10,413 crores during this period. 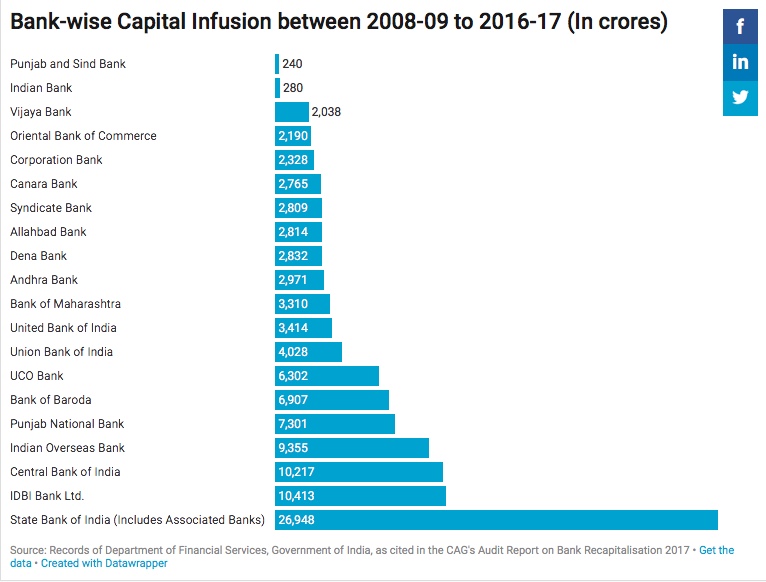 The CAG’s comprehensive audit, which had the objectives to assess whether objective parameters were adopted for recapitalisation of PSBs and to check consistency of their application across all PSBs, and to assess whether the release of capital funds was monitored and check whether conditions attached to recapitalisation were complied with and objectives of recapitalisation were achieved, found that the Ministry of Finance’s Department of Financial Services (DFS), which covers the functioning of Banks, Financial Institutions, Insurance Companies and the National Pension System and was responsible in ensuring that the PSBs increase the quantum of recovery vis-à-vis write-offs, failed to apply the criteria for fund infusion across all PSBs consistently. Moreover the report found “there was underachievement of targets, in respect of the five parameters [CASA, ROA, Cost to Income Ratio, Net Profit Per Employee (in lakh) and Ratio of Staff in Branches to Total Staff] for the FY 2011-12 to 2013-14, as shown in Annexures VII to IX.” The report reprimanded DFS for poor compliance by the PSBs with regard to submission of quarterly progress reports, and for having no evidence to suggest that DFS had analysed the achievement / non-achievement against targets in signed MoUs and linked the same to capital infusion.

The stress in the banking sector, according to Reserve Bank of India’s latest Financial Stability Report, continues as gross non-performing advances (GNPA) ratio rises further. Profitability of scheduled commercial banks (SCBs) declined, partly reflecting increased provisioning. The Report after its stress tests projected that the gross non-performing asset ratio (ration of net NPA to loans (advances), a measure of the overall quality of the bank’s book) of scheduled commercial banks could rise up to 12.2 per cent by March 2019 from 11.6 per cent in March 2018.

The BloombergQuint reported, “as part of its assessment, RBI also measured the performance of state-owned banks under PCA and those outside the framework. Banks under PCA saw their gross bad loan ratios rise to 21 per cent of total loans, while non-PCA banks reported a gross NPA ratio of more than 13.5 per cent. These numbers could worsen to 22.3 per cent and 14.1 per cent by March 2019, respectively, the RBI noted.”

The LIC, which as per 2016-17 Annual Report of the IRDAIcontrols 71.81 per cent of the market share, recorded a profit equity trading profits of Rs 25,000 crore in 2017-18, up from Rs 19,000 crore a year ago. As a government-owned insurance group and investment company, LIC has heavily invested in the Public Sector Banks. 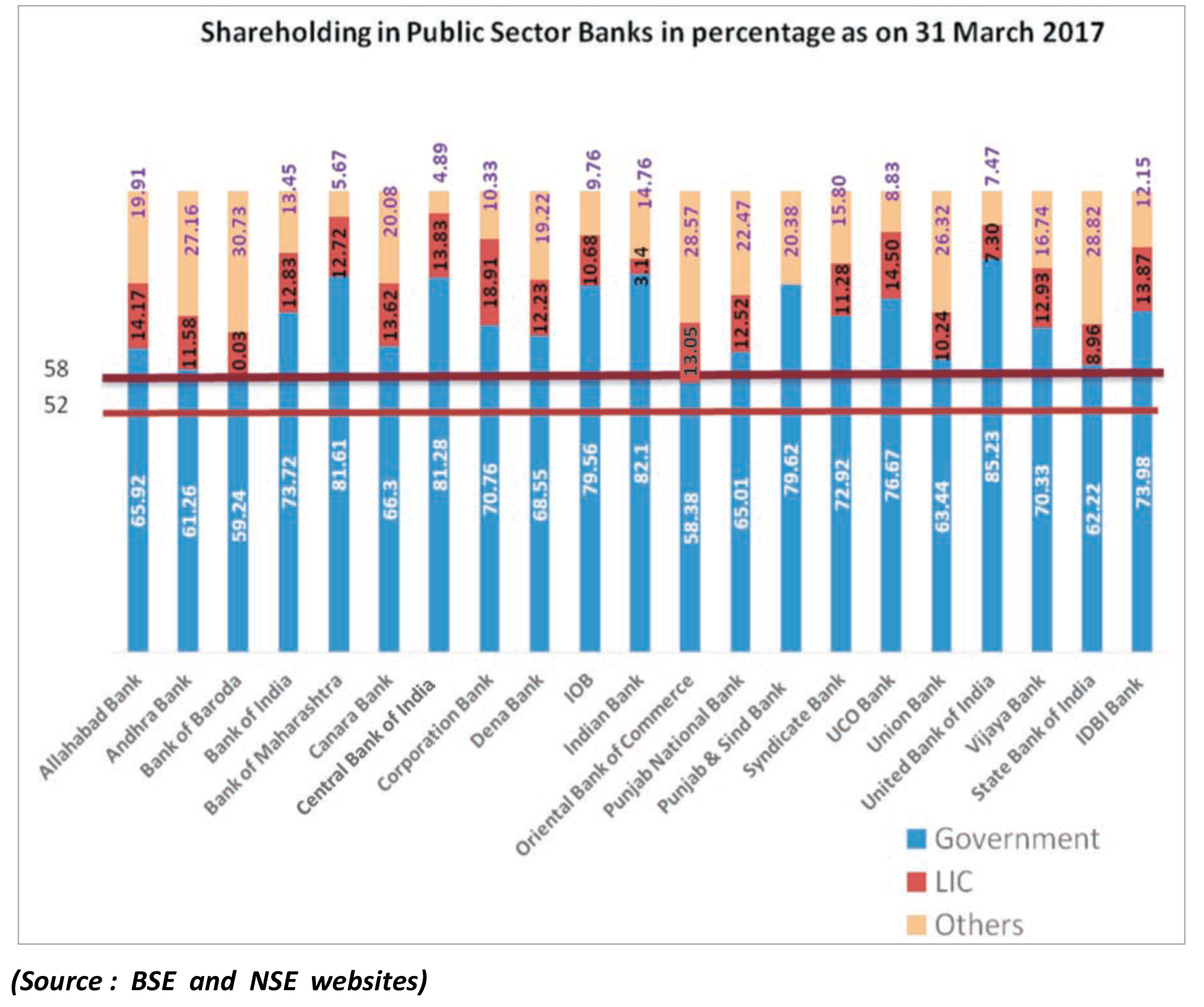 However, as the above table indicates, the LIC’s shareholding, as per the Insurance Regulatory and Development Authority of India (IRDAI) rule, is less than 15 per cent in single stocks. For LIC to acquire majority shares in the IDBI, the IRDAI has to change the rule. This opens up a possibility of LIC making more such suicidal decisions to rescue the government. If one of the reasons behind this deal is the bad-loan ratio, which IDBI has 28 per cent the highest among all state-run lenders in India, then according to the Care Ratings’ 2018 data UCO Bank, and Dena Bank are the next to be taken over by the LIC. The reality is that over half of India’s PSBs are under RBI’s Prompt Corrective Action (PCA) framework with five more banks all set to join in. This indicates the gravity of the situation.

A Business Standard’s analysis of LIC’s holding of PSBs revealed that it had lost money in 18 out of 21 PSBs in the last two and a half years. Even, if one takes into consideration that LIC is a long-term investor, the analysis of the LIC’s investment pattern has shown that it systematically reduced its holding in the PSBs which are weighed down by the bad loans. If we consider the existing crisis in the banking sector, failure of the recapitalisation as mentioned in the CAG’s audit, and RBI’s projections of the increase in the bad loans, then LIC’s attempt to bailout IDBI looks bizarre.

The All India Bank Officers’ Confederation (AIBOC) in its press release attacked this ill-thought move by calling it an attempt to privatise IDBI and LIC. It said “Rescuing a dying bank with taxpayers’ money is often the only way to prevent a costlier contagion. But nursing a deposit-taking institution by tapping life-insurance premiums of policyholders? That’s like allowing a localised infection to spread all over, hoping the natural immunity of an otherwise healthy body will help beat back the germs. The government’s plan to sell a majority stake in IDBI Bank Ltd. to Life Insurance Corp. of India is not modern medicine. It’s bureaucratic quackery which will ultimately weaken the LIC as well. It’s a deliberate attempt on the part of the government to weaken LIC to promote privatisation.”

This argument does carry weight when one looks beyond the government’s narrative that Rs 13,000 crore deal is only 0.4 per cent of the LIC’s corpus of around Rs 30 lakh crore. Irrespective of what the government says, this myopic view on the corpus does not represent the accurate picture. The truth is that the LIC is not in the pink of its health. LIC’s solvency ratio of 1.58 lingers dangerously close to the minimum threshold of 1.5. Investopedia defines the solvency ratio as a key metric used to measure an enterprise’s ability to meet its debt and other obligations. The solvency ratio indicates whether a company’s cash flow is sufficient to meet its short-term and long-term liabilities. The lower a company’s solvency ratio, the greater the probability that it will default on its debt obligations. 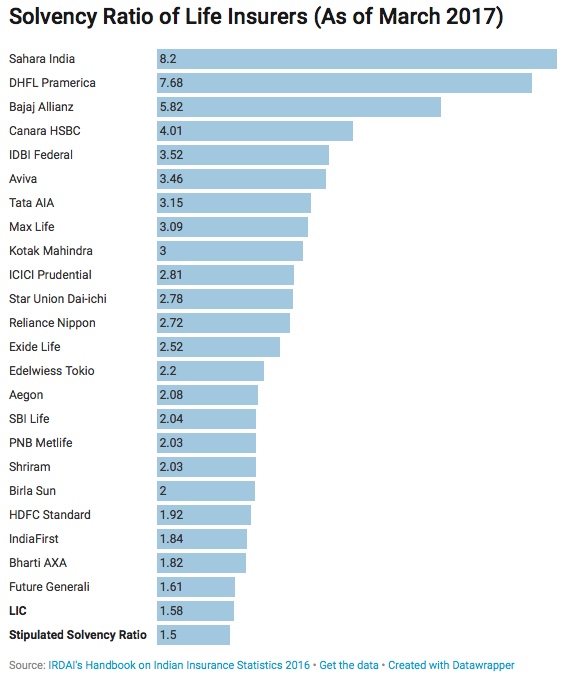 The IDBI’s takeover will only put an additional burden on this solvency ratio. As mentioned before, the IDBI deal will open the window for more such deals. The government is also considering to completely exit Air India by selling its residual stake to LIC and other financial institutions.

This brings us to the question of the independence of the LIC and IRDAI as institutions. LIC has been violating the shareholding limit of 15 per cent in L&T, ITC, and Corporation Bank. Barely a year ago, the IRDAI, as the regulator, set a two-year deadline for LIC to adhere to the regulations and asked it to submit a blueprint for the same. One wonders then why did IRDAI approve LIC’s takeover of IDBI? Another important question that has to be raised is that LIC does not have any experience in running a bank. Being entrusted with policy-holders money, why does it want to expand its footprint in a territory where it has no expertise?

“The notion that LIC has an unlimited war chest is totally fallacious because life insurance companies hold people’s premium money for 30-years-plus only to eventually pay back the insured or their nominees. LIC invests these funds so that it can meet its long-term liabilities. The investments thus have to be sound and based on economic merit. Such funds can’t be used to fill black holes in the government’s fiscal exercise,” wrote senior journalists M K Venu and Noor Mohammad on the Wire.

Not so far ago, in 2012, the IRDAI had expressed concerns over the corporate governance at LIC. The main issue raised was the composition of LIC’s government-appointed board which includes the chiefs of some government-owned financial institutions like banks and insurance companies. According to a report published in the Economic Times, “IRDAI reckons that the appointment of these CEOs as independent directors may not be in tune with current corporate governance norms, though such a practice has been in vogue for several years. The regulator has informally raised the issue with the finance ministry, said an official with knowledge of the matter.”  It is important to note here that nothing much has changed, the present board still has members from the PSBs and government-owned insurance companies, apart from the bureaucrats, which severely hampers the LIC’s ability to protect the rights of policyholders.

It is high time that the LIC Board goes back to its objective, which explicitly mentions that the primary obligation of LIC is to its policyholders, whose money it holds in trust, without losing sight of the interest of the community as a whole, and stops dancing to the tunes of its only shareholder — the government.

*Priya Dharshini contributed the section on the significance of IDBI. 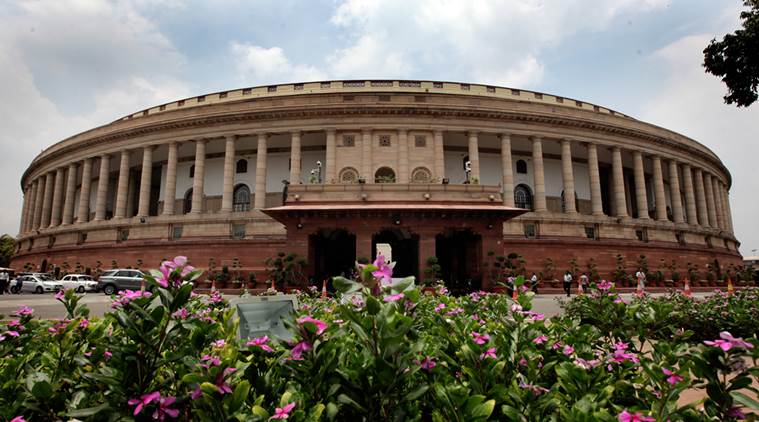