Massive Decline in Lending to Coal Power Projects in 2018: Report

CHENNAI, 16 August 2019: The Coal vs Renewables 2018 – an annual energy investment trend report – reveals a significant drop in lending to coal power projects compared to the lending received in 2017. The report, released today at the Energy Finance Conference 2019 held at IIT Madras, provides an up to date analysis of project finance received by coal and renewable energy projects in India in the year 2018.

Coal vs Renewables 2018, released by Centre for Financial Accountability – a Delhi based financial institute, analysed project finance lending to 54 energy projects that reached financial close in 2018. The report reveals an astonishing 90% decline in 2018 coal power project finance/lending compared to 2017.

Of the total lending to coal power projects (₹6081 crore/US $850 million), ₹3,938 crore (US$559 million) came from majority government-owned financial institutions. Whereas of the total lending to renewable power projects (₹24,442 crore/US$3.55 billion), ₹18,263 crore / US$2.64 billion came from majority privately-owned commercial banks. This trend is consistent with findings from 2017.

‘Primary finance’ (a form of lending most often used to fund new projects, as opposed to refinancing) to coal power shrank 93% to ₹1,207 crore (US$190 million) in 2018 from ₹17,224 crore (US$2,675) in 2017.  For coal power projects, of the 5 projects, one was for primary funding whereas lending to 4 projects was through refinancing of existing loans. In contrast, 80% of all the 49 renewable power projects received primary finance.

Jointly organised by the Department of Humanities and Social Sciences, IIT-Madras and the Centre for Financial Accountability, the two-day conference brings together senior policymakers, experts on energy policy, industry leaders, bankers, and activists are meeting to discuss a range of issues related to different facets of energy finance.

The conference is held at a time when the non-performing assets in the power sector are high, the government’s climate commitments are falling well below the targets, and the large utility-scale renewable energy projects are facing opposition from local populations.

“Our analysis shows that investments in coal power is reducing at a significant pace, this trend consistent with global market forces. However, it is important to note that private banks are the ones leading the transition to clean energy in India and not the Government-owned financial institutions or public banks. The government needs to get the public banks and financial institutions to start backing renewable energy more than coal.”

“India’s air pollution is at crisis levels, and subsequently has enormous health costs attached to it. If the nation has to achieve its  National Clean Air Plan targets, it needs to reduce pollution at source. Coal power plants are a significant contributor to poor air quality- though not seen and understood as such. The fact that investments in coal power have significantly reduced, converges with the ultimate objective of moving to cleaner sources of energy and phasing down on coal, which is clearly having a negative impact on the health of citizens.”

“Solar and wind generation costs are comparable to coal. This, in addition, to clean energy co-benefits such as health, better air quality, less land degradation and also reduction in emissions, making renewable energy a more attractive investment compared to coal. We are seeing this trend globally, and even more so in India.”

Vikram Kapoor, Chairman, TANGEDCO “The agenda of climate change need to be put on a pedestal with primacy to be given to carbon emission reductions. It will be important to give specific targets to government agencies and enable them to achieve quantified emission reduction to be able to sustain renewables scale-up and energy efficiency gains in India.” 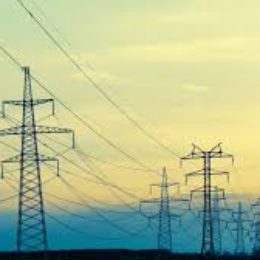 India’s pollution metrics fail to capture the complex reality of environmental degradation. The city is fine, really. Right outside...