73% of the wealth generated in India in 2017 went to the richest 1%, while the poorest half of the population saw only a 1% increase in their wealth. 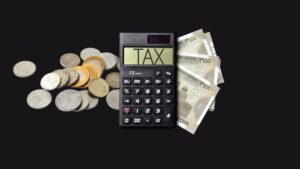 Economic inequality in India impacts every aspect of our everyday lives, despite the country being a welfare state. As we celebrate 75 years of Independence, the poor citizens of India continue to face increased fiscal burden in the form of inflation and higher taxes, with fewer benefits.

No taxation without representation — this slogan played a crucial role in the freedom movements of India and the United States. The statement indicates the relationship between the state, citizens and taxation.

“In a tax state, taxes were no longer raised merely for the purposes for which the prince had asked them, but also for others,” said economist JA Schumpeter. Indeed, the legitimacy of taxation is derived from the welfare done by the government.

The Constitution of India envisaged the state’s role as a welfare one. For that, the government is empowered to administer taxes and their transfer. However, in the year of Azadi ka Amrit Mahotsav, ‘transfers’ are being painted as revadi (freebies) and the lives of poor citizens are being burdened by regressive “taxes”.

Inflation acts as a hidden tax on poor and middle-class citizens. For instance, at the time of the introduction of the central scheme Pradhan Mantri Kisan Samman Nidhi or PM-KISAN, which gave Rs 6,000 cash benefit to farmers, diesel cost Rs 65 per litre.

Diesel recently crossed the Rs 90 mark. Thus, fuel inflation devours the cash benefit of this scheme. However, inflation often invites public debate. Many other such charges are hardly discussed.

The roadways are meant to be available free of cost, being public goods. However, thanks to privatisation and PPP models, such services now demand a fee. Travelling from Jammu to Kanyakumari via car (3,450 kilometres), one has to cross 59 toll plazas and pay Rs 5,000 as toll taxes.

Secondly, the diversion of funds originally meant for the roadways to other sectors is an implicit fiscal burden. In 2000, the government enacted the Central Road Fund Act (CRF), under which fuel cess was used to fund the construction and maintenance of roads.

In 2018, CRF was amended into the Central Road and Infrastructure Fund (CRIF). This allowed water and sanitation schemes, communication, social infrastructure, etc, to be funded from this fund. But the utilisation of CRIF funds for the year 2021-22 ranged from Jal Jeevan Mission to Swacch Bharat Scheme.

In other words, road cess that was intended to fund the construction of roads is diverted to other projects, while citizens are charged heavy tolls for the roads. The people’s suffering, however, is unlikely to cease anytime soon.

The government aims to generate Rs 1.6 lakh cr by monetisation of public highways, which will further increase the toll burden on citizens.

n the 2020-21 Budget speech, the finance minister announced a public-private partnership (PPP)-based smart cities, railways, and warehouses, amongst others.

PPP-based infrastructure, user charges and cess — the financiers of “new India” — have established a parallel framework to raise revenue and are likely to impose a fiscal burden on citizens.

When citizens pay municipal tax, the municipality is supposed to ensure cleanliness and sanitation facilities. But the Ahmedabad Municipal Corporation (AMC) introduced a “User Charge” of Rs 365 per household to make the city clean, which is 15% of the municipal tax amount.

The original article published in Down To Earth can be accessed here.