In December 2019, the government announced the implementation of infrastructure projects under the National Infrastructure Pipeline (NIP) across the country. Major sectors include – transport, water and sanitation, social infrastructure, commercial infrastructure, energy, logistics, real estate, tourism, and information technology. The total number of projects in the infrastructure sector are 11,174, of which the National Infrastructure Pipeline (NIP) projects are 6,749. Out of these Engineering, Procurement and Construction (EPC) are 6,679; Public Private Partnership (PPPs) are 1,122; and Hybrid Annuity Model (HAM) are 546 projects. The total investment estimated under NIP is amounting to Rs 111 lakh crore (USD 1.45 trillion). The share of the union government and the states in the projects would be 39 percent and 40 percent respectively, while the private sector would contribute 21 percent.

The government plans to focus on NIP over the next four years as a part of its ongoing emphasis on infrastructure projects. There is indication that a large chunk of funding for these projects will come from the public sector, and the formation of a new Development Financial Institution (DFI) and the National Asset Monetisation (NMP) plan of the government are major steps in this direction. It also seeks to revitalise PPPs by strengthening PPP institutions, promoting improved contractual modalities, pursuing fair allocation of risks and strengthening progress monitoring.

Further, there have been increased efforts by the government to attract private sector players to invest in the infrastructure sector in previous years under various schemes like the Viability Gap Funding (VGF) scheme. The private sector financing has been given a high priority to build infrastructure in the country. This report is an attempt to capture the efforts put in this direction and the resultant trends in private investments in India in various sub-sectors within the infrastructure sector. It strives to put together data from the past few years to empirically analyse private investments in India sectorally, company wise, fund wise, year-on-year as well as based on the originating country. This report makes an effort to put together data related to private investments available in the public domain to understand the trends and developments in the past few years in the private investment space for the common person, though the availability of such data is relatively limited. It also probes the policies that have been formulated in this period to promote private investments in the country. 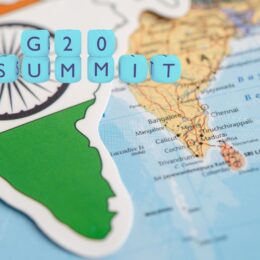