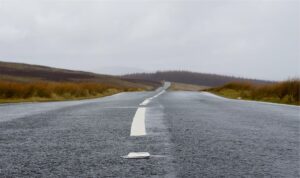 Infrastructure remains the key focus for investment in sectors like roads and highways, real estate, ports and smart cities. Various initiatives are being taken to promote private participation and investment in infrastructure sectors, in keeping with the government’s goal of focusing on projects and funding to boost economic growth. In this month’s infrastructure finance snippets, we cover the updates in the sector of roads and highways, ports, real estate and railways.

Recently, the National Infrastructure Pipeline (NIP), which was launched with 6,835 projects, has been expanded to 9,335 projects with total envisaged investments of almost 108 trillion between FY20 and FY25.  Tamil Nadu accounts for the highest number of projects with an estimated capital outlay of Rs 8.44 trillion, followed by Andhra Pradesh (Rs 8.04 trillion), Maharashtra (Rs 7.69 trillion), Uttar Pradesh (Rs 5.26 trillion), Karnataka (Rs 3.96 trillion) and West Bengal (Rs 3.65 trillion). Just four infrastructure sectors make up 71% of the projected infrastructure investments under the NIP: roads (23%), energy (21%), water and sanitation (15%) and railways (12%).

The first phase of the ambitious highway project – Bharatmala pariyojna (BMP) – is likely to see a near 100% cost overrun. With only a fifth of the construction target having been achieved so far, the phase can now be completed by FY27, against the original deadline of FY22. This means the cost of BMP Phase-I could be Rs 10.63 trillion, against the original estimate of Rs 5.35 trillion.  In October 2017, the government approved the first phase of the highway construction programme, which will cover 34,800 km (including 10,000 km of residual lengths under the National Highways Development Project) and cost Rs 5.35 trillion. It was projected that the whole length of the route would be completed by 2021-22. The project’s completion date has been pushed further to 2026-2027 because only 20,632 km (59.28 percent) have been granted and only 7,375 km (21.19 percent) have been built as of December 2021.

In the sector of roads and highways, the National Highways Authority of India (NHAI) has opted to withdraw the sixth and eighth bundles of its asset monetization programme under the toll-operate-transfer (TOT) method since bids for the assets on offer fell short of expectations. Sekura Roads submitted the highest Rs 1,107 crore bid for the sixth TOT bundle that includes a 32.8-km, four-lane Agra bypass and the 75.3 km four-lane Shivpuri-Jhansi stretch on NH7, located in Uttar Pradesh and Madhya Pradesh. Path Highways placed the highest Rs 1,314-crore bid for the eighth bundle, consisting of the 138-km Rewadi Khela to Kelapur stretch on NH7 in Maharashtra. The financial bids for the two bundles were opened on March 15. Since 2018, the NHAI has been monetizing roadway stretches. In 2022-23, the NHAI expects to monetize 5,500 km, 7,300 km in 2023-24, and 8,900 km in 2024-25. On the basis of project viability and market appetite at the time of bidding, the form of monetisation and estimated upfront realised amount is determined.

Union Minister for Road Transport and Highways inaugurated and laid the foundation stone of 46 National Highway (NH) projects in the state of Karnataka with an investment of Rs 19,930 crore. These NH projects, according to the ministry, will reduce traffic congestion and fuel usage and would connect Karnataka’s heritage landmarks, boosting the state’s tourism industry and creating long-term employment prospects. This will enhance the inter-state road connection between Karnataka and Maharashtra and Goa. It will also boost regional port connectivity and speed up journeys.

The government also launched 19 National Highway projects in the states of Haryana and Rajasthan. The total cost of these projects is Rs 1407 crore. The development of numerous flyovers on the Delhi-Jaipur route, according to the Road Transport and Highways Ministry, will alleviate traffic congestion. Additionally, the construction of numerous major and minor bridges on NH 48 would alleviate waterlogging in the surrounding areas, as well as provide commuters with a seamless driving experience.

During the current fiscal year’s April-February period, highway construction slowed to a four-year low of 24 km/day. Despite the pandemic, highway development reached an all-time high of 36.5 km per day in 2020-21. If all executing agencies, including the National Highways Authority of India (NHAI), manage to construct as many highway lengths in March as they did last year, the rate of construction for the current fiscal year might reach 28 km per day (2,184 km). Award of national highways was also lower at 7,618 km during the April-February period of the current fiscal, compared with 8,512 km during the corresponding period last fiscal.

As toll-operate-transfer (TOT) proceeds, the National Highways Authority of India (NHAI) will shortly receive Rs 2,400 crore as an advance payment from two operational highway portions totalling 246 km. According to sources, Mumbai-based Sekura Roads got the sixth TOT bundle with an offer of Rs 1,107 crore, and Indore-based Path Highways won the eighth bundle with a bid of Rs 1,314 crore, as financial bids for the two TOT bundles were launched. The proceeds from the TOT will be utilised to construct new roadway segments and pay off debt.

Starting in March, the ministry of road transport and roads has developed a plan to construct around 28,391 km of highways in 25 months at a daily average of around 38 km. From 2019-20 to 2023-24, the Ministry planned to build nearly 60,000 km of national roadways. Up until February of the current year, 31,609 km of the target had been built, with a daily average of just over 30 km. It generally takes two-three years for completion of a highway project from the date of the award. 553 national highways projects with a total length of 10,964 km have been awarded during 2020-21. Expenditure incurred on ongoing works during 2020-21 was at Rs 1.53 trillion.

The National Highways Authority of India (NHAI) is expected to receive a little more than Rs 6,267 crore as an upfront payment from the toll-operate-transfer (TOT) route for the 135-kilometre eastern peripheral expressway (EPE) project in Delhi-NCR. The EPE, India’s first green expressway, runs from NH1 near Kundli to NH2 at Palwal, where it connects with the western peripheral expressway. It has a closed tolling system, which means tolls are only collected for the distance travelled.

In the ports sector, the Airports Authority of India (AAI) is building a Greenfield Airport in Hollongi, about 15 kilometres from the state capital of Itanagar. The project, which is anticipated to cost Rs 645 crore, would encompass various development works such as airport pavement construction, terminal building construction, air side work, and city side work. The proposed Greenfield Airport in Hollongi is designed for operations of the A-320 category of aircraft as well as a future extension of the Runway by 500 metres length to cater A-321 type of aircraft. The airport’s terminal building will have an area of 4100 square metres and will be able to handle 200 flyers during peak hours. The airport in Hollongi is planned for operationalization on 15 August 2022. 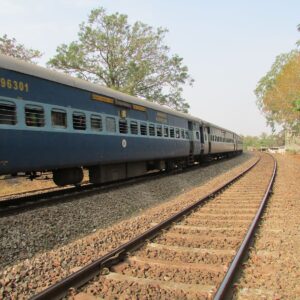 The government is planning to strengthen Indian Railways infrastructure and has stressed on commissioning a total of 14 critical coal-evacuation railway projects for faster transportation of fuel, as higher prices of fuel are likely to put pressure on the national transporter for transportation of domestic coal. These projects include Tori – Shivpur Rail Line (on Deposit Basis), Jharsuguda – Barpali – Sardega Rail Link at Ib-Valley Coalfield of MCL in the state of Odisha (on deposit basis) as well as Shivpur – Kathautia Rail Line (through Special Purpose Vehicle)

The first Gati Shakti Cargo Terminal in India is now operational in the Asansol Division. In line with Prime Minister Narendra Modi’s “Gati Shakti” vision and the Railway Ministry’s policy on the “Gati Shakti Multi Modal Cargo Terminal” (GCT), the national transporter’s Asansol Division successfully commissioned a private siding of Maithan Power Limited in Thaparnagar. The earnings of Indian Railways are likely to increase as a result of this decision. This is the first Gati Shakti Multi Modal Cargo Terminal to be commissioned in the Indian Railways network after the publication of the GCT strategy in December 2021, according to a statement released by the Railway Ministry.

Out of a total of the 1,396 hectares of land that is needed for the ambitious Mumbai – Ahmedabad High-Speed Rail Project (MAHSR), approximately  1,248 hectares, around 89 per cent of land required, has been acquired by the central government. In the state of Maharashtra, 68.65 per cent out of the total 297.81 hectares of land required for the Bullet Train project has been acquired. According to the railway ministry, five villages in the district of Palghar in Maharashtra have passed the proposals in Gramsabhas, to oppose the process of land acquisition for the MAHSR project. In the state of Gujarat, 98.76 per cent of land out of 954.28 hectares required for the high-speed rail project has been acquired.

In the real estate sector, luxury property sales in India have increased since the outbreak of the pandemic, as people seek more amenities. The proportion of luxury properties sold in overall residential sales in the top seven Indian cities has increased by three percentage points, from 7% in 2019 to 10% in 2021. According to data from ANAROCK, 18,300 units were sold in the luxury class in the Mumbai Metropolitan Region (MMR), Delhi-NCR, Bengaluru, Hyderabad, Pune, Chennai, and Kolkata in 2019.

A real estate developer- G Square, launched Tamil Nadu’s first Integrated Smart City in Coimbatore spread across 120.7 acres.  Located along the Salem-Kochi Highway which is popularly known as the Coimbatore bypass, G Square City shall be the first Integrated Smart City in the state of Tamil Nadu encompassing as many as 1,663 villa plots as well as 26 commercial plots spanning over 120.7 acres. According to the report, the residential elite plots are priced at Rs 8.5 lakh and premium plots at Rs 9.5 lakh per cent as an early-bird price. The residential plots in the Smart City are starting from Rs 28 lakh, while commercial plots are starting from Rs 2 crore. The city of Coimbatore is part of the Modi government’s Smart City Mission undertaken by the Housing and Urban Affairs Ministry.

As mentioned above, huge infrastructure projects such as bullet trains, roads and highways, and smart cities highlight how quickly lands have been purchased on a large scale from the people. Despite public opposition to the land acquisition process, government departments and ministries such as the National High-Speed Rail Corporation Limited (NSHRCL), which is implementing the Bullet Train project, are constantly pursuing the villagers by emphasising the MAHSR project’s benefits, as well as the generous compensation, rehabilitation, and resettlement offered to land losers in the affected villages. But the question of when and how much people who lose their lands will actually get these benefits is yet to be seen.