In order to strengthen banking services in rural India, it is important that the government exercise more power to institutions like NABARD, SIDBI and IFCI, stated Thomas Franco, former general secretary of All India Bank Officers’ Confederation (AIBOC).

In order to strengthen banking services in rural India, it is important that the government exercise more power to institutions like NABARD, SIDBI and IFCI, stated Thomas Franco, former general secretary of All India Bank Officers’ Confederation (AIBOC). More the penetration of the banking system, faster will be the revival of the economy.

Franco, who was speaking at a webinar ‘Solidarity Series: Conversations during lockdown & beyond, said, “The government will have to give NABARD, SIDBI and IFCI more power. This will support the government’s effort to strengthen the banking system in rural India.” These institutions have a mandate already — more power will make it easy for them to enhance their work in the respective area.

He stressed that such efforts will play a pivotal role in getting the economy back in shape after the lockdown is lifted.

Franco maintained that credit offtake has to double for the economy to do better. “Bank is a reflection of the economy.”

He reiterated that during difficult times, it is important that the government does not impose strict rules that will kill businesses.

When quizzed if empowering the migrated labour which specialised lending scheme is a right move, Franco said, “To empower the migrated labourers, you will new diverse schemes especially in micro-lending.” For this to reach the right set of people, it is important it is extended to clubs, self-help groups and solidarity groups.

He stressed lending to migrated labourers will make sense only if there is a market for their product. “There is a mandate for banks to give one per cent of their entire loan to the weaker section of the society at a simple rate of interest.” He added this is not usually utilised but now its time banks look at these allocations seriously.

This former State Bank of India employee also made it a point to talk about the impact of the pandemic and its subsequent lockdown on the bank employees. “There is no lending taking place. Yet, the government is asking banks to work long hours and risk their lives. In such a situation, the morale of the employees is hurt as well.” He urged the government to act and provide some relief to the banking sector.

The article published in Free Press Journal can be accessed here. 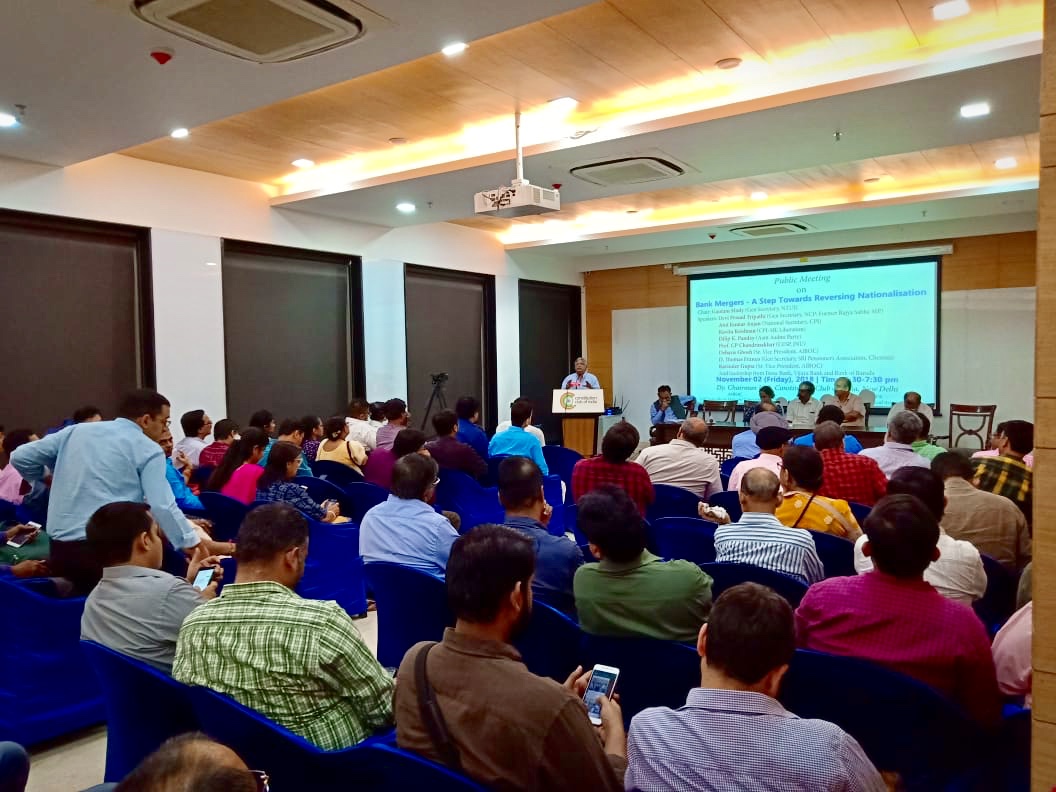 Press Release: A Resolute NO to Merger! Unions and Opposition Unite to Fight Merger of Public Sector Banks!