The fiscal monitor brought out by IMF this October suggested a Global Carbon tax to the tune of 75 US$ per ton by 2030.  The idea is to use fiscal policies as a disincentive for carbon emission and other emissions from fossil fuels, to attain an overall reduction of global emission and reduction of global warming as agreed by the global community.

Many countries like UK, Chile, Ireland, Australia, Finland, Sweden have some kind of carbon tax proposed or enacted.  The tax is meant to increase revenue for renewable investments and suggests a reduction in Income tax etc on the other hand.  Some of these arguments have the potential to bring positive change but also to be used as a pretext for reducing other redistributive taxation policies.

Soumya Dutta from South Asian Peoples Action on Climate Crisis and a member of the advisory board of UN climate technology centre and Network has agreed to come and discuss with us various aspects of the carbon tax debate and its impact on people and climate.

We invite you for this discussion on November 6th, at CACIM office (R 21, South Extn II, New Delhi) Near Chota Dadabari at 4.00 pm and for high tea thereafter. 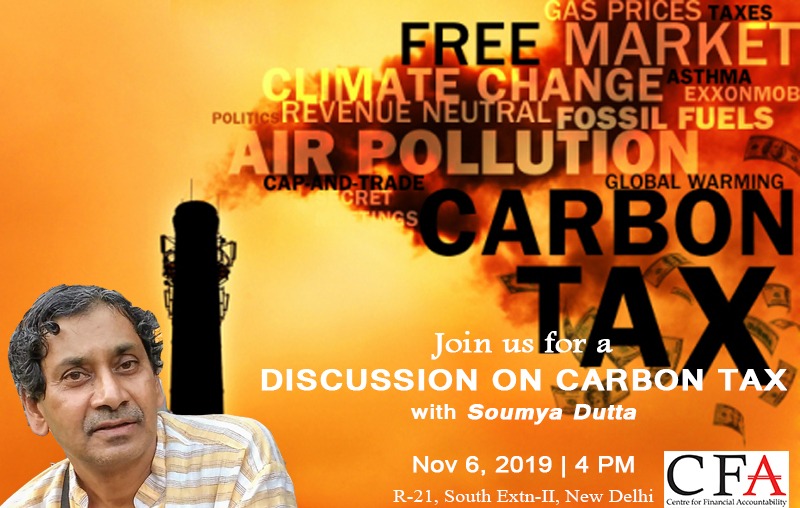