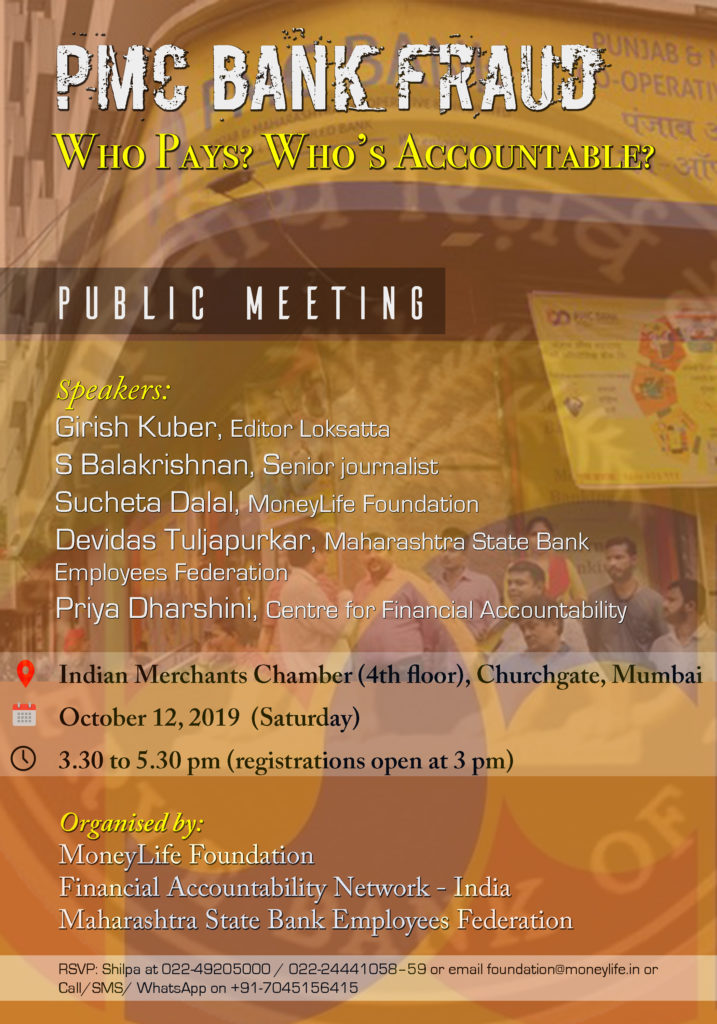 3 Lakh people are today waiting desperately hoping to recover their life’s savings from the now defunct Punjab and Maharashtra Cooperative Bank. It is most unfortunate that some had to give suicide threats in social media to the Finance Minister and RBI for the RBI to increase withdrawal limit and take criminal actions against the culprits! The PMC fraud exposes the multi-level failure of the management and the regulators and also the cavalier attitude to public money!

The problems of cooperative banks seem to be multi-fold. Unlike the commercial banks, Urban Cooperative Banks (UCBs) are regulated by both RBI and the Registrar of Cooperative Societies of appropriate states. This has resulted in UCBS not being regulated properly and both the bodies passing the buck to each other! Further, rampant crony capitalism, frauds and political influence have all contributed to the failure of many cooperative banks. While the issue of PMC has made news because of the size of the bank and that it is one of the top five cooperative banks, many others died a silent death in the past. Thousands of small and medium depositors have lost their money or on a never ending wait to get their savings!

It is high time that we ensure that people Do Not lose their savings for the failure of the regulator and the management!

We demand:
1) Single regulation by RBI of all cooperative banks, starting with Murti state coops.
2) A status update on HDIL loan recoverability and security in one week, at least a preliminary report.
3) Attempt to sell bank branches and operations to other banks which are expanding.
4) If 70% depositors are covered by 25,000 give us a list of other depositors and amounts stuck.
5) Disclose who was allowed to withdraw funds in 3 days preceding RBI Directions on 23 September.
6) Was RBI cooperative among those who withdrew funds? We don’t hear any complaint from them.

Girish Kuber is the editor of Loksatta and a regular columnist in the Indian Express. He is also the author of six informative and research based books in Marathi, including ‘Tatayan’, ‘Eka Teliyane’ and one on ‘Putin’.

Adv S Balakrishnan, former City Editor & Chief of Bureau of the Times of India, Mumbai is a lawyer handling criminal matters. He is also into social work specially in the area of child welfare and women empowerment.