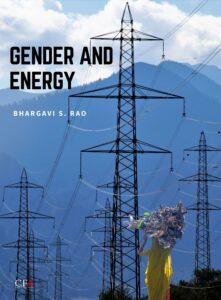 India’s commitments at the 26th Conference of Parties of the United Nations Convention on Climate Change (COP 26) held in Glasgow set clear targets for 2030: increasing non fossil fuel energy capacity to 500 GW, to draw 50 % of the country’s energy requirements from renewable sources and reduce total projected carbon emissions by 1 billion tonnes from present levels.  Commitments were also made to reduce carbon intensity of the economy by more than 45 percent from present levels and to achieve a net-zero targets by 2070.

As the 3rd largest emitter of carbon emission, India’s commitments translate to phasing out coal that currently produces 70 % of India’s electricity, require switching massively to renewable forms of energy, substantial increase in use of electric vehicles, creating ‘forests’ to absorb carbon dioxide and also reduce carbon emissions from major polluting infrastructure and industrial sectors such as cement, steel and fertilizer production, and thermal power generation. In return, India sent an unequivocal message to the developed world that they must make a contribution of 1 trillion USD every year as climate finance. The world was surprised at these ambitious commitments of India, for the country had declined to make net zero commitments until a few months ago. The Indian position was that the developed countries must make good on commitments made in the past, which had not been delivered.

While it is unclear how these national commitments will be achieved, and details of its implementation are awaited, what is worth noting is that none of these major commitments are grounded on making gender equality central to energy planning. Achieving such ambitious goals without clear commitments for women’s participation, will only make it harder for these goals to be achieved.  This is especially the case in the post COVID scenario where women have been disproportionately affected. This serious lack on the part of India must be seen in contest of several countries, such as Bolivia, Canada, Ecuador, Germany, Nigeria, Sweden, UK and the USA, making bold commitments and taking impressive pledges for climate action ensconced in gender-sensitive and responsive environment, and one that aims to improve women’s participation and leadership in climate action. These countries’ commitments go a long way in building focus on the need for a climate action plan with gender sensitivity, an issue that has been raised for lack of attention since COP25. It is worthwhile noting what Åsa Regnér, Deputy Executive Director of UN Women, said about this: “Gender equality must be at the center of the world’s response to the climate crisis. Women and girls are already shifting the climate discourse and implementing critical climate solutions. We need governments and all stakeholders to invest in their initiatives, energy and activism. Today’s commitments are a step in the right direction, but we need many others to join us. Rhetoric is important, but reality change is the urgent focus now.