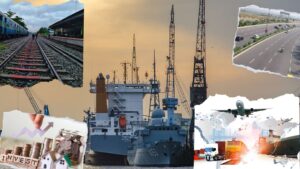 Infrastructure Finance Updates for the month of May covered the updates from various sectors of roads and highways, seaports, airports, railways, real estate, logistics sectors and Infrastructure Investment Trusts (InvITs) which are gaining traction in the country. “InvITs are collective investment vehicles, similar to mutual funds that allow individual and institutional investors to invest directly in infrastructure projects earning a small portion of the income as a return. InvITs also typically assist infrastructure asset developers in monetising their assets by pooling multiple assets under a single entity via a trust structure.” In this month’s update, we observe that the government, private investors and infrastructure developers are increasingly turning to InvITs for operating infrastructure assets and to monetize their investments. As a means of monetizing assets, InvIT is becoming more prevalent in the infrastructure sector. Apart from it, it can be seen that in the past few months, the Roads and Highways sector is growing rapidly as many highways and Greenfield corridors are getting inaugurated by the government and are in line for construction. 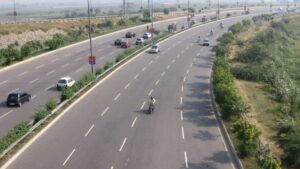 Under the National Highways Act of 1956, the NHAI acquired land to widen, maintain, manage, and operate National Highway No. 24 from 262 km to 288 km (Bareilly-Sitapur Section). Now the Supreme Court has ordered the highways authority to pay the total increased sum of land compensation due to landowners/farmers whose lands were taken for the widening of the National Highway.

Despite continuous economic uncertainty and geopolitical turmoil, NHAI is hopeful about attaining its asset monetisation target of Rs 20,000 crore this fiscal. The NHAI Infrastructure Investment Trust (InVIT) and Toll-Operate-Transfer (TOT) routes will be used to raise funds for the national road infrastructure development entity. NHAI has raised Rs 8,000 crore through the first tranche of InVIT monetisation for five projects totalling 400 km in the previous year. The ToT method was introduced a few years ago, and NHAI has successfully monetised 21 sections totalling 1,540 kms for Rs 23,000 crore from both domestic and international investors.

The government is determined to extend the national highway network across the country in order to enhance trade and commerce and create long-term employment prospects for the country’s youth, with the goal of constructing 18,000 km of highways at a record speed of 50 km per day in 2022-23. The government’s overarching goal is to build 2 lakh kms of national highways by 2025.

The Amritsar-Jamnagar Greenfield corridor is being built at full capacity, according to the Union Minister for Road Transport and Highways. The corridor should be completed by September 2023. The 277 kilometre portion between Bikaner and Jodhpur is also expected to be completed and open to the public by the end of the year. The flagship Amritsar – Bhatinda – Jamnagar Corridor, which will connect the economic towns of Amritsar, Bhatinda, Sangaria, Bikaner, Sanchore, Samakhiyali, and Jamnagar across the four states of Punjab, Haryana, Rajasthan, and Gujarat, is being created at a total capital cost of Rs 26,000 crore. The corridor will link the country’s northern industrial and agricultural hubs with significant western Indian ports like Jamnagar and Kandla.

After inter-ministerial consultations, the Ministry of Road Transport and Highways has revised the terms of awarding highway contracts under the Hybrid Annuity Model (HAM), where the project cost will be the sole factor in evaluating bids. Previously, the appraisal was done on the basis of the total cost of the project plus the cost of operations and maintenance (O&M). The ministry also altered the terms under which contractors are paid for O&M. For the first year, no maintenance fees will be charged on flexible eternal pavement, including structures. For the second, third, and fourth years, it will be 0.40 percent of the bid project cost, and 0.60 percent for the years after that. According to the ministry’s statement, this will last until the renewal layer is laid, or the concession term expires, whichever comes first. In these contracts, similar percentage-based provisions have been incorporated for O&M payments. These are determined by the project type, which includes stiff pavements, standalone bridges, and tunnels. 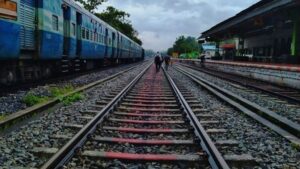 For the second straight year, railways is set to fall way short of its asset monetization target due to its reluctance to let the private sector run trains or modernise stations through the public-private partnership (PPP) route. Against the target of over Rs 57,000 crore, railways may only raise Rs 30,000 crore. Even last year, the first year of the implementation of the Rs 6-lakh-crore National Asset Monetization Pipeline, Indian Railways managed to rake in only Rs 800 crore against a target of Rs 17,810 crore, i.e. 4.5% of the annual target. This has prompted the Center to consider linking the release of the annual allocation to the fund generation through asset monetization.

According to a proposal being developed by the Finance Ministry, private institutional investors were allowed to gain board seats in the government-backed InvITs managers following their investment in the collective investment vehicles. The move is expected to attract the interest of large global funds interested in investing in these InvITs, which are part of the government’s national monetisation programme. The government plans to monetise income-producing assets held by the ministries of urban development, railways, and petroleum and will publish a list of such assets soon.

Following the success of the National Highways Authority of India (NHAI) and PowerGrid with InvITs, the Centre is laying the groundwork for similar InvITs for railways, shipping, gas pipelines, and other sectors as part of the Rs. 6-trillion National Monetisation Pipeline (NMP). The Finance Ministry has been encouraging several infrastructure line departments, including the Ministries of Railways and Shipping, as well as GAIL (India), and has been closely scrutinising InvITs. Now gas pipelines could be the next government-owned asset to be monetised under the infrastructure investment route (InvIT), with GAIL (India) proposing to monetise near Rs 5,000 crore.

Tulip Infratech will invest Rs 5,500 crore over the next eight years to develop a premium mixed-use project in Gurugram as part of its expansion strategy to capitalise on rising demand for luxury homes. Tulip Monsella, a housing project with 1,100 flats, has been launched at Rs 20,000 per square foot. It will also construct 250 units for economically disadvantaged areas. 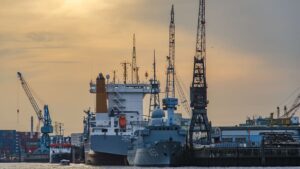 According to the ministry of ports, shipping, and waterways, the Centre’s Sagarmala plan for port-led development has seen an addition of 735 projects, bringing the overall pipeline to 1,537 projects at a cost of Rs 6.5 trillion. With the ministry’s focus on public-private partnership (PPP) projects, the government is also adding 168 more projects for development, with a cost estimate of Rs 50,000 crore. A total of 29 PPP projects worth Rs 45,000 crore have been successfully implemented, with another 32 PPP projects worth Rs 51,000 crore still in the works. The maritime strategy now has a net additional cost of Rs 1 trillion. The shipping ministry has completed projects worth Rs 99,000 crore so far, with another Rs 2 trillion in the queue for FY24.

The guidelines for dealing with stressed public-private partnership (PPP) projects at major ports have been finalised by the Ministry of Ports, Shipping, and Waterways. These guidelines were created for projects that became stressed during the construction stage, as well as projects that became stressed at the Pre-COD and Post-COD (Commercial Operation Date (COD)) stages as a result of lenders categorising the borrowings to the projects as non-performing assets (NPA) and/or lenders approaching the National Company Law Tribunal (NCLT) for recovery of their dues.

Ghogha Seaport authorities were given a clean chit by a joint committee formed by the National Green Tribunal (NGT) for allegedly breaking environmental regulations in the beaching of a decommissioned ship. The NGT began proceedings in December 2021 after receiving a complaint alleging that the beaching of the decommissioned ship Dona Paula-II at the port had violated environmental regulations, with local authorities colluding with Gujarat Pollution Control Board (GPCB) officials.  According to the complaint, the ship’s beaching was causing damage to the area’s mangroves and leaking toxic compounds into the sea, threatening the area’s ecology and fisheries. The joint committee, on the other hand, determined that the waste from the beached ship was disposed of in an environmentally friendly manner.

The Ministry of Ports, Shipping, and Waterways is planning to turn Odisha’s Paradip port into a world-class modern port capable of handling capsized vessels. The anticipated cost of the project is Rs 3,004.63 crore. This includes the development of the new Western Dock at a cost of Rs 2,040 crore on a build, operate, and transfer basis, as well as capital dredging by the selected concessionaire at a cost of Rs 352.13 crore; and Paradip Port’s investment of Rs 612.50 crore in Common Supporting Project Infrastructure. 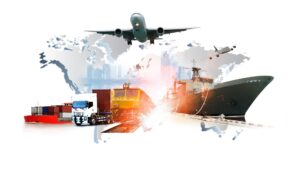 All logistics and connectivity infrastructure projects worth more than Rs 500 crore will go through the network planning group (NPG) established under the PM GatiShakti initiative, according to the Department for Promotion of Industry and Internal Trade (DPIIT). As per the DPIIT, the move will save logistic costs and encourage effective and efficient infrastructure project planning.

A Multi Modal Logistics Park (MMLP) in Gujarat is being developed by Container Corporation of India (Concor), a government-owned multimodal logistics enterprise, on almost 150 acres of land at a cost of Rs 500 crore. Concor’s first Gati Shakti Multi Modal Cargo Terminal is being built near Varnama hamlet, around 20 km from Vadodara. The new facility would be located near Varnama railway station, which is on the Mumbai-Delhi main line, as well as National Highway (NH) 8. The project was planned for 2014. The project was delayed due to land acquisition issues and the Covid-19 pandemic. The work is nearly finished now.