To quote the Political Science professor, Robert O’Brien, at the McMaster University in Hamilton, “the world is at a high level of protest right now”. He further adds that he can witness “a dissatisfaction of both political and economic arrangements governing people and in different parts of the world”. The flashpoints igniting the seeds of revolt and driving people world over into the streets with discontentment, may differ in details and demeanor but the running motif underlying most of the current unrests remains the same in their essentiality and aspiration. From Algeria, Bolivia, Britain, Chile, Ecuador, Catalonia, Hong Kong, Iraq, Lebanon and to the most recent one in Pakistan and more elsewhere, pressing issues like income inequality, surging prices, political freedom, climate change and political and economic corruption of the ruling elites have pulled people in to the centre stage of a universal dissension; the parallels of which possibly can only be compared to the global unrests of the 1960’s or the “People Power” movements that swept Asian and Eastern European nations through the late 1980’s and early 1990’s (The Economist, 04/11/2019).

Unequal wealth distribution and being kept out of the coffers of the country for a significantly long period acted as the watershed moments for rebellion in most countries. History has been witness to the fact that it was always the minor blisters that propelled upheavals and reformations; the most dynamic example in recent history being that of the momentous Arab Spring sparked off by the self-immolation of a Tunisian street vendor Mohamed Bouazizi in protest against food inflation, spiralling unemployment, lack of political freedom and poor living conditions and thereafter spreading feverishly to atleast 5 other countries like Libya, Egypt, Syria, Yemen and Bahrain. Similarly, the new wave of protests also might, on surface, have uneventful impetus but the catalysts that stitched together all these insurrections points to long-standing accounts of economic and political servitude and subjection.

The “Chile, wake up” protests might have been propelled into a nation-wide outpouring against the incumbent government due to a 4% rise in the subway fares in the capital city of Santiago. However, the motivations were not that immediate, but rather emerged from a persistent demand for rise in wages, better access to health care and education, increase in pensions and a guaranteed minimum wage. Even while hiding under the cloak of political stability, Chile was experiencing economic inequality with the income gap soaring 65% more than the Organization for Economic Cooperation and Development (OECD) average. Similarly, the systemic corruption, unreliable public services and a dwindling economy ignited the spate of protests in Lebanon which henceforth cannot be reduced and derided as an unease over new tax imposition on WhatsApp services. The mass protests in Ecuador led by indigenous leaders mostly might well have been an immediate response to the peak in gas prices owing to a cut in fuel subsidies around early October. Nevertheless, the inability of the masses to comply with the new fuel regulations was the outcome of the long-standing state-sponsored corruption that ran simultaneously with the human rights abuses and discrimination against indigenous communities in the country. The Haiti protests, which have currently left at least 20 dead, was the manifestation of the public anger and helplessness over being forced to keep up with the rising inflation and corruption wherein even basic goods like gasoline was turning uneconomical for the majority that earns less than 2 dollars a day (CBC News, 28/10/2019).

The stories from Hong Kong, Iraq, Ethiopia, Bolivia, Honduras and Guinea also points towards unrests fuelled by economic persecution and the indisposition of the incumbent governments to inaugurate political and economic reforms. The anger of the underprivileged who are being denied the dignity of life by limiting their access to better living conditions with provisions for clean water, basic health care, education and electricity cannot hence be contained with mere relief packages and such other economic hogwash. The sense of powerlessness experienced by the common men can only be dealt with adequate economic reforms that place equitable wealth distribution and respectable minimum wages at its core. The kind of economic advent that leaves the majority outside of its purview, like for instance in Chile where one percent of the population accrues 33% of the country’s wealth (Guardian, 30/10/2019), needs to be shunned. It is in this light that demands in Chile for the rewriting of the Pinochet Constitution, that heralded an era of legal legitimacy for a “market-driven economic model that privatized pensions, health and education”, assumes significance (ibid).

The ones with economic power/ capital also wielding the political reins and thereby indulging in self-aggrandizement through favourable international economic packages and self-perpetuating aid parcels via the global financial institutions has tested the patience of public for long. These protests are once again underlying the need for public funds to be diverted for the larger public good and are exposing the banality of the superfluous austerity measures meant mostly only to burden the poorest of the poor. As reported by BBC on 11th November 2019, the sight of the Chilean President Sebastian Pinera dining at a posh Italian restaurant as the demonstrators were being picked up by the police outside is symptomatic of the globally palpable divide between the rich and the poor and reflects the extending chasm between the ruling elites and those at the bottom of the society. And hence, while faced with protests when the likes of the Lebanese government has turned to its central banking sector, which as per the estimates should help the country bring down its deficits by about $ 3.4 billion by 2020 (The Associated Press, 21/10/2019), countries like ours, which are in the brink of a total economic collapse wherein the banking sector crisis looms large, should find resonance in economic reform measures that are both egalitarian and emancipatory.

The Indian story of economic inequality also exemplifies the debate on what primarily concerns the economic and financial institutions in the country; private wealth or public good? Figures states that while the wealth of a total of 1900 billionaires all around the world plummeted to US $ 900 billion in the last year alone, the cumulative resources of the poorest witnessed a global dip by 11%. The fact that a meagre 1% of the net worth of one of the wealthiest men in the world, Jeff Bezos of Amazon, which rose to US$ 112 billion in 2018, is the equivalent of the entire health budget of Ethiopia currently reeling under protests probably serves as the best reminder of the global financial crisis and the need to create fairer societies (Oxfam Inequality Report, 2019).

The Oxfam Inequality Report, 2019 also talks of how the combined assets of the Indian billionaires surpassed the Union Budget of India for the fiscal year 2018-19, which stood at INR 24422 billion. However, instead of investing more in universal free public services and social protection for all, the Indian government has been religiously paving way for the liquidation of public and cooperative sector banks with PMC being the latest casualty, destruction of public universities with more than 300% fee hikes in Central and State Universities like JNU, proposals for privatization of telecom, railways and national airlines and economic strangulation of regions like Kashmir demanding statehood with the recent estimation of economic losses in the territory running into atleast $1.40 billion, as per the Reuters report of 19th November 2019. While corporate tax exemptions have become the new norm in the country, the poor and the marginalized are penalised through indirect taxation wherein both the rich and the poor are to be equal consignees of the taxes. The accumulation of private wealth by a few in India has thus paved the way for staggering levels of income inequality within the country.

The private provisioning of public services, a neo-liberal experiment that has its takers in most emerging economies including India, would undoubtedly lead to a scenario where the haves and the have nots continue to experience social segregation for generations to come and would inevitably be living in isolated parallel universes. Hence, the biggest take away from these global mass uprisings is the warning sign to comply with renewed “economic rescue plans” that reverberates people’s interest at its heart and reiterates the need to put in place a progressive fiscal system; not an arrangement where money never trickles down to the indigent. Greater investments in quality public services and greater public spending are cardinal to redressing extreme economic inequality. Further, both historical injustices and social inequalities can only be mitigated through a revolutionary redistribution of resources as well as power. 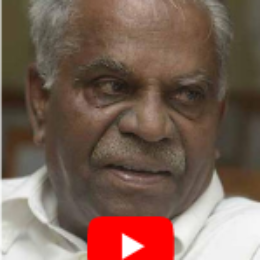