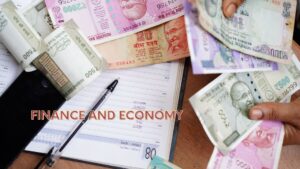 In its reckless privatisation drive, the union government is selling Central Electronics Limited (CEL) to Nandal Finance & Leasing Private Limited, an NBFC with a dubious record, owned by a furniture company, with less than 10 employees and without any prior domain experience. CEL, a company with a marvellous track record that had a profit of Rs 136 crore in FY21 alone, is being sold at a throwaway price of Rs 210 crore. The market value of the company’s land is Rs 440 crore, and it has orders of more than Rs 1500 crore with pending dues worth Rs 132 crore from government agencies. While the matter is sub-judice now, after the objections from CEL employees union in Delhi High court, central government put on hold the letter of intent for privatisation of the CEL.

As announced in the budget previous year, the government is going ahead with the IPO (initial public offer) of Life Corporation of India (LIC). LIC in itself is a unique institution globally where only 5% of total profits go to the government (whole owner of LIC) and rest 95% go to policy-holders as per its legal mandate. This IPO will change the overall life insurance market in the country, which is being done to make space for private life insurance players and to let private investors (including foreign investors) make money from the humongous LIC. This will lead to a decrease in small premium policies, leaving a negative effect on lower middle class and marginalised populations.

State Bank of India made a tie-up for co-lending with Adani Capital, to increase the spread of credit to agricultural activities, claimed both groups. Much of the focus has been on the largest bank of the country tying up with a much smaller and much less experienced Adani Capital for disbursing money. There have been similar tie-ups in the recent years not just with state bank but with many other banks with NBFCs. This also follows the pattern of diluting the Priority Sector Lending (PSL) over the years. With increasingly the NBFCs stepping in to disbursal of agricultural loans the number of direct credit to farmers have declined. This move uses banks to further aid corporate capture of rural and agricultural credit. It also helps these corporate companies to access the data of the bank and accounts.

Though the government never stops praising and claiming the positive outcomes of mega bank mergers, the regulator assessment says otherwise. RBI, in its Financial Stability Report said the merged banks are more-risky than the non-merged public banks.

Two reports, one from Inequality Labs and another by Oxfam, brought out the stark inequality levels in the country, highlighting the top richest people doubling their wealth during the pandemic. The World Inequality Lab Report 2021 released by the end of last year noted that while the top 10% and top 1% hold respectively 57% and 22% of total national income, the bottom 50% share has gone down to 13%. The figures for wealth inequality are starker. As per the estimates of the inequality database, the bottom 50%, own only 6% of the total wealth. The middle class own only 29.5% of the total while the top 10% own 65% and the top 1% own 33% of the total wealth in India. As per the Oxfam report Inequality Kills released in January 2022, while 84% of Indian households saw their income shrinking during the pandemic, the wealth of India’s richest families reach record highs in 2021 with the number of billionaire families increasing from 102 to 142 over the course of 2021. The report said that the richest 98 Indians own the same wealth as the bottom 552 million people! It claimed that a 4% tax on the wealth of 98 billionaires can fund the mid-day meal programme for 17 years. A 1% wealth tax would be enough to take care of the total expenditure for school education and literacy, or fund the government health insurance scheme Ayushman Bharat for more than seven years. The report highlighted the gender and caste dimensions of inequality in India. Women collectively lost Rs 59.11 lakh crore ($800 billion) in earnings in 2020, with 1.3 crore fewer women at work now than in 2019, said Amitabh Beher. In the Oxfam India Inequality Report 2021 titled India’s Unequal Healthcare Story, in India an average upper-caste woman can expect to live 15 years longer than a low-caste Dalit woman. Recent survey conducted by PRICE shows the annual income of the poorest 20% of Indian households, constantly rising since 1995, plunged 53% in the pandemic year 2020-21 from their levels in 2015-16. In the same five-year period, the richest 20% saw their annual household income grow 39% reflecting the sharp contrast Covid’s economic impact has had on the bottom of the pyramid and the top.

According to the CMIE, the urban unemployment rate is 8.51 per cent and the rural unemployment rate is 6.74 per cent. But this hides more than it shows as many are disguising their unemployment. What is far more worrying is the declining labour participation rate. CMIE data shows that the labour force participation has fallen from 43 per cent to 38 per cent. This is indicative of the number of people who are not getting a job and hence have stopped looking.

Retail inflation rate rose to a six-month high of 5.59 per cent in December, primarily due to increase in food prices, according to data released by the National Statistical Office (NSO). In November, inflation based on wholesale prices touched a record high of 14.2% which was the highest in the last several decades.

For the upcoming budget next week, listen to the demands that people are expecting the union government must address, given that the last two years of pandemic and mishandling by the government have left Indian economy in shambles. The worst affected sections – lower income groups, small and medium enterprises and informal sector – need direct support from the government to survive the impact of the pandemic. State governments are financially weak and need more than what center owes them from previous pending GST shares.