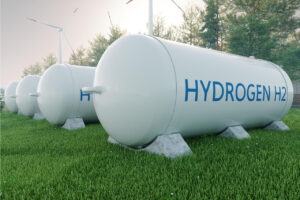 “We are on the cusp of a hydrogen-driven revolution that can transform green India and energise India. This is nation-building at its best.”

Billionaire Gautam Adani, who runs a ports-to-power corporate empire that rules much of India’s infrastructure landscape, said in his TiE Sustainability speech this week that he’s training his sights next on the green hydrogen revolution. Adani has pledged investments of up to $20 billion over the next decade in renewable energy generation and component manufacturing, besides breaking new ground in green hydrogen production. Last month, in September, another Indian billionaire, Mukesh Ambani, promised to invest $10 billion over the coming three years into building the world’s largest green energy facilities in India, again focusing on green hydrogen, which, he believes, can become India’s cheapest fuel source ($1 for 1 kg) by 2030. (Current global costs hover at about $4-5 a kilo.)

The back-to-back announcements from India’s two richest men came soon after Prime Minister Narendra Modi’s own announcement of the National Hydrogen Mission in his Independence Day speech to the nation on August 15. This chronology of events – a political statement followed by massive private sector investment commitments – shows the government is serious about turning to hydrogen to secure about India’s future energy self-sufficiency.

But what is hydrogen power? What makes it green? Why is this part of our energy discourse now? And are these public statements actually viable?

Hydrogen is abundantly available on the planet, although its natural form is mostly in molecular compounds like water (H2O) and hydrocarbons like natural gas (CH4). Extracting the hydrogen from say, a water molecule through electrolysis, is in itself a highly energy-intensive process. The energy source that powers the extraction of pure hydrogen characterises how “clean” the process is.

Green hydrogen production uses electrolysers to create an electrochemical reaction that can split water into its components of hydrogen and oxygen. The reaction is powered by wind/solar power and emits zero carbon dioxide, making it theoretically emission-free. The free hydrogen is then used to power a fuel cell along with oxygen, making electricity, heat and water its only emissions.

The resurgence of hydrogen today

While the scientific viability of generating electricity from hydrogen has existed for many decades, global projects to shift to hydrogen sources have failed repeatedly in the past, simply because manufacturing the hydrogen needed in fuel cells is a complicated and very expensive process. Even today, the cheapest technology available at scale to manufacture hydrogen is three times as expensive as simply burning fossil fuels, an increase in power cost that no nation or industry will accept.

In addition to just electricity, hydrogen can also be used to speed up decarbonisation of industry, hence cutting emissions by a much deeper margin than currently possible. At present, about 70 million tonnes of hydrogen is produced globally for sectors ranging from fertilizer production, refineries to the manufacture of petrochemicals and solar panels. In steel manufacturing, hydrogen can be used as a replacement for fossil fuels like coking coal; in fact, hydrogen can theoretically be used for any manufacturing process that requires industrial heat, from cement and bricks to food processing or glass production.

Financial viability of hydrogen at scale

A recent report by The Energy and Resources Institute estimates that, with the global investments committed to transitioning into a hydrogen economy underway, the costs of hydrogen from renewables will fall more than 50% by 2030 (compared to current levels) and will start to compete with hydrogen produced from fossil fuels. The cost of alkaline electrolysers is projected to drop 56% from around Rs 6.3 crore per megawatt today to Rs 2.8 crore a megawatt by 2030.

To encourage a hydrogen-based ecosystem, the Ministry of Petroleum and

Natural Gas has notified 8 green hydrogen pilot plants by its oil and gas PSUs by 2021. The government is also considering introducing a production-linked incentive scheme for companies that set up electrolysers for green hydrogen.

From where we stand today, it’s hard to predict whether the research and investment into large-scale use of hydrogen for decarbonisation of industry and electricity generation is a bet that will pay off. But while a single technology-driven solution for reducing emissions may seem attractive at the moment, both government and industry must realise that we must continue to reduce emissions until that day in the future arrives. Aiming for the holy grail of clean energy and making it an affordable fuel source within a decade is a worthy aim, but it must not come at the cost of changes that can be enforced today. 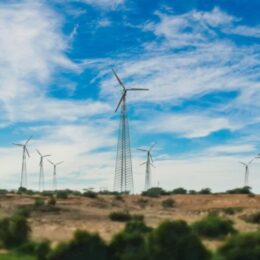 [Webinar] What does India need to meet its 2030 renewable energy targets? 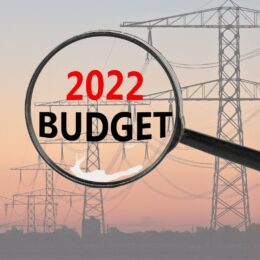