In 2005/06, when coal plants were set up in Kutch District of Gujarat district, locals were promised employment. The project, set up by Adani and Tata Groups and backed by international financial institutions, was considered ‘efficient’ and aimed at selling power to other states too.

More than a decade later, locals continue to count the ecological costs of these plants. 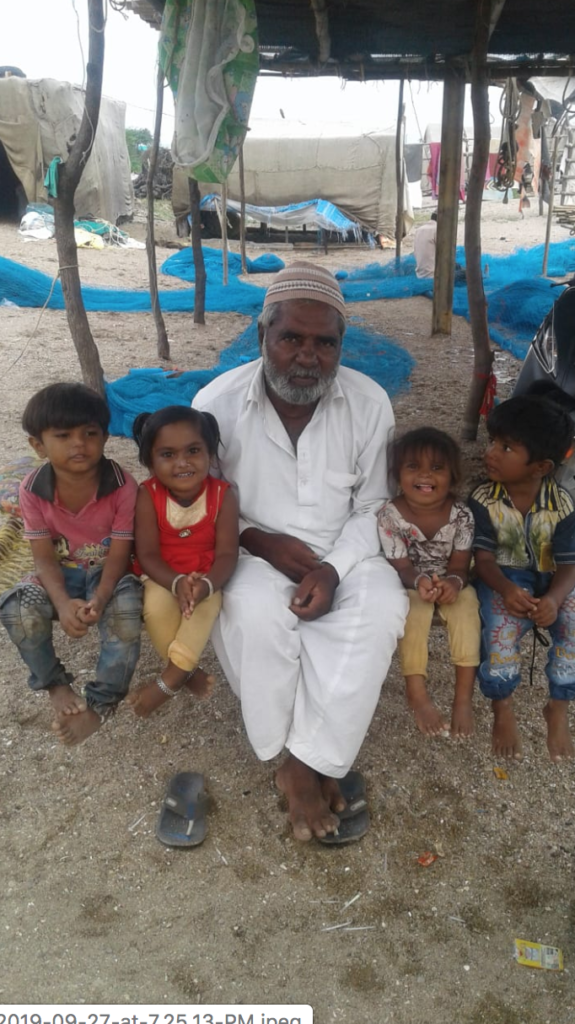 Tragadi, one of the villages, is home to fishermen who realised that their catch has decreased dramatically after the plants were set up, while the village of Navinal, which was rich in horticulture and agricultural produce, saw damaged date palms and other fruits and reduction in farming.

Adani Power started the region’s first coal-fired power plant. The village of Navinal is about 8 km from the Adani Mundra plant. The Tata Mundra “ultra mega power project,” built by the Tata Group is also nearby.

The heated wastewater released from the plants containing saline, from the outflow channel of the plant, released in the sea waters at the rate of 600 million litres per hour, was badly affecting marine resources.

Apart from this, huge amounts of sand were deposited near wells used for drinking water, turning them saline and non-potable.

The coal dust and fly ash and the groundwater now contaminated with saline water have made farming difficult and many people have given up growing crops.

And this is when Budha Ismail Jam, a fisherman from Tragadi, and the people of Navinal came together to form MASS (Machimar Adhikhar Sangharsh Sanghathan) in 2010 and act collectively to make accountable the powers behind their woes.

In a conversation with TwoCircles.net, Jam explained how their lives had been impacted after the power plants were set up. “Earlier, I and my sons used to catch plenty of fish within a short distance of just 2 kilometres with just one fishing boat. But gradually our catch decreased and we had to sail at least 12 kilometres to catch fish. And since one boat was not enough, I had to avail a loan and buy 3 more fishing boats.”

“Today, our catch from the 4 boats equals the catch of one boat before the power plant was set up,” he explained.

Then, the people had a series of meetings with the whole community and the leaders approached a Delhi-based NGO called Centre for Financial Accountability’. The executive director of this NGO, Joe Athialy, helped the fishermen and farmers moved the complaint advisor ombudsman of IFC (International Finance Corporation). The ombudsman conducted an internal audit and submitted its report in 2012 and the CRP submitted its report in 2015 but nothing changed.

The Role of the International Finance Corporation

The IFC, which has its headquarters in the United States, has partially funded the TATA power project. The entire project costs $4.14 billion and the IFC has funded $450 million, while the remaining was funded by Asian Development Bank and other agencies.

IFC, which is a member of the World Bank Group, focuses on financing private sector developmental projects in poor and developing countries. The mission of IFC is to “carry out investment and advisory activities with the intent to not harm people and the environment.”

However while investing in the TATA Mundra Plant; they went against their mission causing damage to the environment, livelihood and health of the people.

Jam, also the leader of the fishermen community which is mostly Muslim, told TwoCircles.net, “due to the water contamination, many people here keep falling sick frequently”.

The Suit in the US court

Jam, Bharat Patel from the Fishing Union and Joe Athialy sent a petition signed by 30,000 signatories to the World Bank President asking them to withdraw the funds to the TATA project due to the environmental violations caused by the plant. They even wrote to Indian tribunals that worked on environmental issues.

They tasted brief victory when the nearby plants were halted. But operations resumed when the plant got environmental clearance a year later.

But after their petition reached the World Bank, their story became known in other parts of the world and soon activist lawyers from EarthRights International came to their village and met the aggrieved fishermen.

And thus in 2015 began the Jam et al v. International Finance Corporation trial. EarthRights International (ERI), an NGO which works extensively in defense of human rights and the environment, supported Jam and the others in suing the IFC in the Federal District Court for the District of Columbia claiming damages and injunctive relief for the harm caused due to air, water and land pollution by the power plant financed by IFC.

IFC claimed immunity because groups like the World Bank were exempt from prosecution under the US International Organisation Immunities Act (IOIA), 1945. And in 2016 the court agreed that IFC enjoys ‘absolute immunity’ and dismissed the case.

But Jam and his team did not give up. They appealed again in the court of Appeals (which is like High Court) for the District of Columbia Circuit where again IFC won because the order of the district was upheld.

Just when things were becoming bleak, Stanford Supreme Court Litigation Clinic, a law school which offers hands-on legal experience in Supreme Court litigations, offered to help the litigants Jam, Patel, Earthrights International to move the Supreme Court of US in 2018.

TwoCircles.net also spoke to Joe Athialy, who had attended the proceedings at Washington on behalf of the litigants back home and he explained, “We understood the importance of our case being heard in the Supreme Court when we learnt that out of 7,000 cases, the Supreme Court agrees to hear only 150 cases. And we were lucky our case was one among these. Here, all the 9 judges sit for all the cases unlike in India.”

“But in our case one judge, who was in the Appeals court, excused himself and the other 8 judges heard the case.”

He also explained that there were a lot of people present in the courtroom and that the entire proceedings were completed very fast.

And then came the verdict this year in February 2019, wherein the Supreme Court, ruled in favour of Jam and others and ruled that even International organisations can be sued and that they do not enjoy absolute immunity.

This was a landmark judgment and a huge victory, not just for the plaintiffs from India but to all the people who think that international organisations are not above the law.

On winning the suit Joe Athialy told TwoCircles.net, “This is a big deal not just for the people of Mundra but for multiple reasons because this is the first time in the world, a case against the World Bank has come to this level, this is the first time the immunity of the world bank is challenged. And this allows people anywhere in the world to sue the World Bank if there has been damage to the environment and lives of the people.”

“We believe this is another step towards holding these institutions accountable,” he added. “Now the case has been sent to the district court for further litigation.”

“We also wrote to the Indian Banks through whom the project is operating. But none of the banks has even responded”, Athilay said. “At least international banks respond. They don’t even have such policies”.

Jam says, “I am happy that our efforts have paid off and we have won the case. But I have asked for compensation for the losses we have incurred in our livelihood and I hope we will be given compensation.”

“I was offered money for not fighting the case but I stood my ground because I was not thinking of just myself but all the fishermen community,” he said proudly. But in a sad tone he added, “Earlier when our fish business was good, I had many dreams for my grandchildren. But today we are not earning half of what we did before and I don’t give much thought to my dreams.”

However, he hopes for better days if the courts order the power plant to stop the open cooling system then the wastewater outflow will be reduced and things might improve slightly better.

This article appeared in TwoCircles.net and can be accessed here.