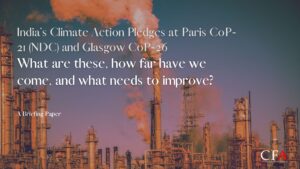 IPCC report: ‘now or never’ if the world is to stave off climate disaster.

“Greenhouse gas emissions must peak by 2025 (and reduce by over 45% by 2030), say climate scientists in what is in effect their final warning”. The Guardian quoting IPCC AR-6, WG-III report; released in April 2022.

“System Transformations to Limit Global Warming: Global GHG emissions are projected to peak between 2020 and at the latest before 2025 in global modelled pathways that limit warming to 1.5 °C (>50%) with no or limited overshoot and in those that limit warming to 2 °C (>67%) and assume immediate action. In both types of modelled pathways, rapid and deep GHG emissions reductions follow throughout 2030, 2040 and 2050 (high confidence). Without a strengthening of policies beyond those that are implemented by the end of 2020, GHG emissions are projected to rise beyond 2025, leading to a median global warming of 3.2 [2.2 to 3.5] °C by 2100 (38,39, medium confidence). (Table SPM.2, Figure SPM.4, Figure SPM.5) {3.3, 3.4}”; IPCC Assessment Report-6, Working Group-III.

“World’s leading climate scientists issued an ear-splitting wake-up call to the world that climate change is running faster than we are – and we are running out of time. We see the consequences all around us – more extreme weather, rising sea levels, and diminishing Arctic sea ice. The scientists paint the most vivid picture we have ever had between a temperature rise of 1.5 degrees versus 2 degrees.

A half degree of warming makes a world of difference. More heat waves for tens of millions of people. Far greater species loss. Increased water scarcity in some of the world’s most unstable regions. A ten-fold increase in Arctic ice-free summers. And a total wipe-out of the world’s coral reefs… We must rise to the challenge of climate action and do what science demands before it is too late.”

The Intergovernmental Panel on Climate Change, or IPCC, is not a completely independent and radical scientific body. It is a body constituted by the United Nations, consisting of a large number of scientists from many specialities, environmental economists and other experts, taken from over 130 countries. Every 6-7 odd years, IPCC does a comprehensive assessment of thousands of peer-reviewed papers published in credible scientific literature, and after thorough evaluation, comes out with a set of three periodic Assessment Reports – on Physical Science Basis of Climate Change and the current status, The Impacts, Vulnerabilities and Adaptation, and finally on Mitigation of Climate Change. These three are then synthesised into a synthesis report. All of these have to pass through the member governments’ scrutiny before being released into the public domain. When the reports of this expanse, rigour and scrutiny indicate that “It’s now or never”, with an urgent timeline of drastic action of four years and nine years, the time has arrived for very serious consideration and action.

Climate Change is now widely recognised as an emerging crisis and one of “the defining challenges of the 21st century”, along with massive inequality, declining democracy and a ravenously extractive economic pathway. Almost all of these are interconnected. Many of the affected communities and scientists are now redefining this as a Climate Crisis (and not a “change”). Facing such a challenge, and with a huge number of economically, socially and environmentally vulnerable populations, it was expected that the Government of India (GOI) will act with some seriousness, both in moving towards reducing India’s contribution to the emission of greenhouse gases, and more importantly, in developing adaptation practices and building the resilience of its multitude of vulnerable communities. Many of the economic and industrial activities that are climate threats – like large-scale coal burning, are also the ones that threaten the health and well-being of nature-dependent communities and also populations in general. A case in point is the estimated premature death figures of over 1.67 million (16.7 lakhs) per year in India in 2019 from exposure to high levels of air pollution, with coal and oil burning (which also are major contributors to climate-threatening CO2 emissions) contributing a major part towards pollution.

The GOI’s plans for climate change have two different tracks. In the international arena, at the UNFCCC (UN Framework Convention on Climate Change, founded in 1992 Rio Earth Summit), India submitted its Nationally Determined Contribution or NDC, in October 2015, just before the Paris Climate Summit. The GOI came up with – first a National Action Plan on Climate Change or NAPCC in June 2008, followed by eight National Climate Missions as part of NAPCC. Some of the National Climate Missions – particularly the National Mission for Green India, the National Mission for Enhanced Energy Efficiency and the National Solar Mission – have been closely tied to what GOI pledged at the international level through its NDC. The State governments were directed to come up with their own State Action Plans on Climate Change or SAPCCs, and the first version of these was completed by around 2014-15. At the present time, most states are doing their first revision / second version of the SAPCCs.

In this paper, the author is limiting his analysis to GOI’s NDC and their compliance /achievements only note: the original documents by countries were called “Intended Nationally Determined Contributions” or INDCs, but afterwards, when countries including India ratified its joining the Paris Agreement – these were changed to NDCs. This was submitted just before the Paris Climate Conference in 2015 began. Its associated announcements were done by the Indian Prime Minister in Paris, and the subsequent modifications of some NDC targets were announced – again by the Prime Minister at the 2021 Glasgow climate conference. The other areas – the National Climate Missions (some of which are tied to the NDC, some others are adaptation and knowledge related), the SAPCCs etc. deserve a completely separate treatment.

Read the briefing paper here: India’s Climate Action Pledges at Paris CoP-21 (NDC) and Glasgow CoP26: What are these, how far have we come and what needs to improve – A briefing paper

Forest at a Standstill: Development at the Cost of Sundarbans

The Uncertain Future of Sundarbans 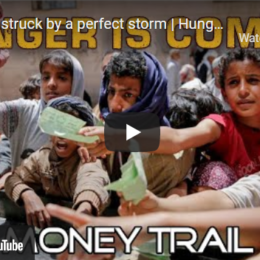