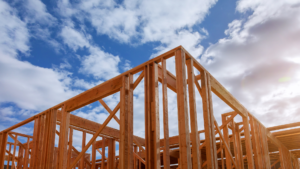 The Ministry of Statistics and Programme Implementation monitors infrastructure projects worth Rs 150 crore and above. Of the 1,680 such projects, 438 infrastructure projects, each worth Rs 150 crore or more, have been hit by cost overruns totalling more than Rs 4.34 lakh crore and 539 were delayed. Total original cost of implementation of the 1,680 projects was Rs 21,74,182.86 crore and their anticipated completion cost is likely to be Rs 26,08,330.02 crore, which reflects overall cost overruns of Rs 4,34,147.16 crore (19.97 percent of original cost). The average time overrun in these 539 delayed projects is 47.16 months.  Reasons for time overruns as reported by various project implementing agencies include delay in land acquisition, delay in obtaining forest and environment clearances, and lack of infrastructure support and linkages. Delay in tie-up for project financing, delay in finalisation of detailed engineering, change in scope, delay in tendering, ordering and equipment supply, and law and order problems are among the other reasons. The report also cited state-wise lockdowns due to COVID-19 as a reason for the delay in implementation of these projects.

In the sector of real estate, realty firm Macrotech Developers, which has projects in Mumbai and Pune regions, is looking to enter the Bengaluru market to tap huge property demand in the IT city and will invest Rs 3,000 crore equity capital for growth as it aims to increase its annual sales bookings by almost three times to Rs 20,000 crore by 2025-26. Macrotech Developers had clocked a sales booking of Rs 5,970 crore during the last fiscal year and is targeting to achieve Rs 9,000 crore in the current 2021-22.

Shapoorji Pallonji’s housing platform Joyville will invest around Rs 300 crore to develop new phases, comprising around 750 flats, at its three residential projects in Pune, Mumbai and Kolkata to encash rise in demand. The Joyville platform had sold properties worth around Rs 1,100 crore in the last financial year, double from the previous year, despite the COVID-19 pandemic. Joyville has also clocked nearly three-fold jump in its sales booking at Rs 450 crore during the first half of this fiscal year on strong demand for mid-income residential properties. Joyville, which is a Rs 1,240 crore platform established by Shapoorji Pallonji, ADB, IFC and Actis, had sold properties worth Rs 160 crore in the corresponding period of the last fiscal year.

Godrej Properties Ltd. (GPL) purchased 16 acres of land at Sarjapur in Bengaluru to develop a mid-income home project. The project is estimated to have a potential of 1.5 million square feet of saleable area comprising primarily of residential apartments of various configurations.

In the sector of ports and highways, the Cabinet approved the construction of 32,152 km of roads which are to be completed under the Pradhan Mantri Gram Sadak Yojana (PMGSY) in far-flung tribal and backward areas at a cost of Rs 33,822 crore. The union cabinet which met under the chairmanship of Prime Minister Narendra Modi also approved telecom connectivity in tribal areas by putting up telecom towers in 7,287 villages in such areas in the five states of Andhra Pradesh, Chhattisgarh, Jharkhand, Maharashtra and Odisha. A total of 44 aspirational districts in these five states will get benefited with 4G-based mobile services and telecom connectivity, where e-governance facilities would also be provided to residents in these backward areas.   The estimated cost of these services would be about Rs 6,466 including operational expenses for five years. The project would be funded by Universal Service Obligation Fund (USOF) and the project would be completed within 18 months after the signing of the Agreement and likely to be completed by November 2023.

Four Greenfield industrial cities or nodes are being developed in Gujarat, Maharashtra, Uttar Pradesh and Madhya Pradesh under the Delhi-Mumbai Industrial Corridor (DMIC), and major trunk infrastructure works have been completed there. In these cities, 138 plots (754 acres) have been allotted to companies with investment to the tune of more than Rs 16,750 crore. Anchor investors in these cities/nodes include companies like HYOSUNG (South Korea), NLMK (Russia), HAIER (China), TATA Chemicals and AMUL. Further, as many as 23 nodes/projects in other industrial corridors are under various stages of planning and development. The objective of the industrial corridor programme is to create greenfield smart industrial cities with sustainable ‘plug n play’ ICT enabled utilities to facilitate the manufacturing investments into the country by providing quality, reliable, sustainable and resilient infrastructure for the industries. The government has approved 11 such corridors consisting of 32 projects to be developed in four phases.

PM laid the foundation stone for the Noida International Airport at Jewar in Uttar Pradesh, which would one of the largest aerodromes in Asia.  The new airport will help the state become an export-centre whereby even MSMEs will have easier access to overseas markets and highlighted the development activities in the poll-bound state. The Noida International Airport, slated to be completed by 2024, will become the logistics gateway for North India. The airport, the second international aerodrome in Delhi-National Capital Region, is expected to be operational by September 2024 with an initial capacity to handle 1.2 crore passengers per annum. The airport, spread over 1,330 acres of land, will be developed by Zurich Airport International AG.

The government and Asian Development Bank (ADB) have signed a USD 61 million loan to improve livability, harness technology and promote new developments to accommodate the expanding population in Agartala city while building the capacity of state agencies for improved service delivery.  The loan agreement for the Agartala City Urban Development Project was signed by Rajat Kumar Mishra, Additional Secretary, Department of Economic Affairs, Ministry of Finance on behalf of the government and Takeo Konishi, Country Director of ADB’s India Resident Mission.

The Indian Railways has sought participation from state governments, private players, and public sector undertakings to operate around 150 tourism-focused trains. This will be treated as a new revenue segment for the Indian Railways. An official statement said that these theme-based tourist circuit trains will be called Bharat Gaurav Trains. The core strength of the professionals of tourism sector would be leveraged to develop/identify tourist circuits and run theme- based trains to tap the vast tourism potential of India.

In the sector of private equity, India’s entrepreneurial ventures, including start-ups, have been widening their lead over those in other emerging markets in terms of capital attracted vis-à-vis the economic size of the country concerned. Private equity and venture capital funding relative to gross domestic product (GDP) also beat developed economies. India attracted $34.9 billion in private equity funding in 2020, shows the data from tracker Refinitiv, a London Stock Exchange Group business. This works out to 1.3 per cent of gross domestic product in (current) dollar terms, based on the World Bank numbers. The median amount for Brazil, Russia, and China is 0.17 per cent. China is the highest of the three. It got private equity funding worth the equivalent of 0.37 percent of GDP. India’s private equity funding is also high relative to developed markets. India’s venture capital funding has grown faster than China’s in 2021. It is up more than 153 per cent to touch over $28.1 billion. India’s investment figure is also far higher than those of lower-middle income countries like Indonesia and Vietnam. Both private equity and venture capital investments were under 0.25 per cent of GDP for the two in 2020.