Similar to an understanding of the conditions surrounding the development of capitalism in China, an acquaintance with the key characteristics and vulnerabilities of China’s contemporary economy will enable us to get a sense of the dynamics and direction  of China’s economic relationships with the global south. For instance, it is easy to mistake the Belt and Road Initiative (BRI) as a grand plan for China’s global hegemon,  as many have, if one does not take into consideration China’s massive overcapacity problem, for which the BRI has been devised as a solution. And one cannot understand the overcapacity problem without referring, in turn, to one of the central features of China’s economy, which is the decentralization of economic decision-making, which has led to a great number of competing projects, much waste, and tremendous surplus capacity. 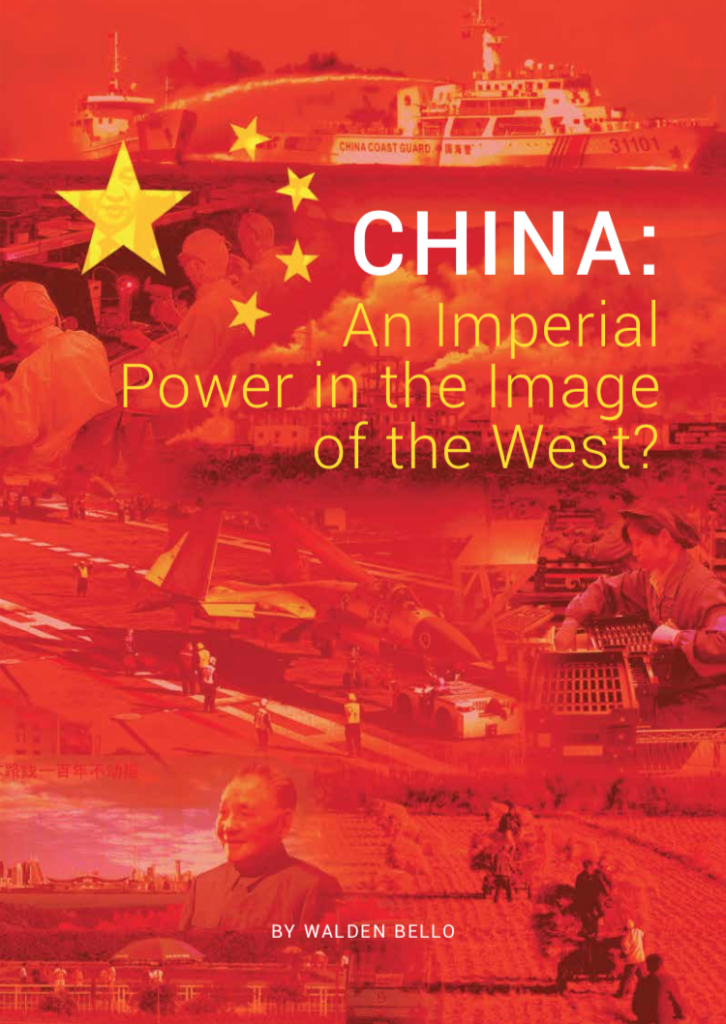 China’s economy is a capitalist economy, though one that is uniquely Chinese. It might be called “capitalism with Chinese characteristics,” to give a different spin to Deng’s description of his project as “socialism with Chinese characteristics.” The Chinese leadership at first hesitated to claim that its model was transferable  or endorse what came to be known as the “Beijing Consensus” that some foreign economists claimed was the Chinese response to the neoliberal “Washington Consensus.” It is only recently, as its geo-economic competition with the United States has intensified, that one encounters this claim by Chinese officials.

China’s contemporary political economy has four key features: 1) It is largely liberalized or market driven; 2) it is largely privatized but with state intervention in areas considered strategic; 3) its cutting edge is export-oriented production sustained by “financial repression”; and 4) it is decentralized, with a great deal of autonomy for local decision-making while central authorities focus on broad national-level macroeconomic strategies and policies.

Liberalization, or the removal of state controls on production, distribution, and consumption, took place in three stages over the 1980’s and 1990’s. A succinct description of this process is provided by Hung: “the market reform started with decollectivization and restoration of a peasant economy in the countryside in the early 1980’s, followed  by urban state-enterprise reform and price reform in the late 1980s. In the 1990s, SOE [state-owned enterprise] reform accelerated, and the transformation of these enterprises into profit-oriented capitalist corporations emerged as the core agenda of reform.” Throughout these phases, the main thrust of the reform was “to decentralize the authority of economic planning and regulation and to open up the economy, first to Chinese diasporic capital in Asia and then to transnational capital from all over the world.”

While market signals stemming from local consumer demand and global demand became the dominant determinant of resource allocation, the visible hand of the state did not disappear. While departing from central planning, the Chinese state did not follow the northeast Asian developmental state model that restricted foreign investment and favored domestic enterprises across the board.

In contrast to the developmental state, non-strategic sectors of the economy were opened up to competition among private enterprises, while those areas considered strategic from the point of view of national security, national interest, and overall “national competitiveness” were subject to significant state regulation, with much production controlled by state-owned enterprises (SOEs) that were in competition with one another. In her pioneering work, Rosalyn Hsueh characterizes the Chinese state as having pursued a “liberalization two-step”:

It has shifted from universal controls on FDI [foreign direct investment] at the aggregate level across all industries  to selective controls at the sectoral  level. It employs a bifurcated strategy  to meet its twin goals of complying with WTO commitments and retaining some control. In strategic sectors—those important to national security and the promotion of economic and technological development—the government centralizes control of industry and strictly manages the level and direction of FDI. In less strategic sectors, the Chinese government relinquishes control over industry, decentralizes decision-making to local authorities, and encourages private investment and FDI.

In other words, China permits large-scale foreign direct investment “to structure foreign competition in ways that allow it to transfer foreign technology, increase the national technology base, encourage indigenous technology and production capacity, and promote domestic business. By exercising this bifurcated strategy, China manages to retain political control and regulatory capacity and to modernize, industrialize, and transform its economic system in the context of international integration.”

Given the massive pullback of the state from large swathes of the economy, there is justification in describing China’s political economy as “neoliberal with Chinese characteristics,” as David Harvey does. But perhaps, it is better characterized as a market economy with strategic islands of state-controlled production and with broad macroeconomic surveillance exercised by the central state.

While the greater part of domestic production was directed at the local market, the strategic thrust of the Chinese economy post-liberalization was rapid industrialization via production for export, a feature captured in the saying that China became “the manufacturer of the world.”

Exports at their peak in the first decade of this century came to a whopping 35 per cent of GDP, a figure that was triple that of Japan. China became the “hub for a global production network that begins with design studios in the United States and Europe; proceeds through producers of specialized components and raw materials in east and Southeast Asia; and ends up in China, where designs, materials, and components are brought together in finished products that are then sent all around the world.”

The focus on export oriented production meant restraining the growth of domestic consumption, a feature that was underlined by the policy of financial repression, that is, the interest rate on savings from consumers was deliberately kept low in order to keep the interest rate of loans to state-owned enterprises and private enterprises engaged in production for export low. From 2004 to 2013, the average real deposit rate was 0.3 per cent.

A third key ingredient of export-oriented manufacturing was a policy of keeping the value of the renminbi low relative to the dollar. From 1979 to 1994, the renminbi steadily depreciated against the dollar, from 1.5 to 8.7, as China moved away from its old Mao era import substitution model towards an export-oriented model that required

But the fourth ingredient in the export-led model, its “indispensable fuel’” according to hung, was the “protracted low-wage labor released from the countryside since the mid-1990’s.” While there was a “demographic windfall” in the form of large rural surplus labor force that allowed China to take advantage of low-wage labor longer than other Asian economies, the latter was also a result of government policies that “intentionally or unintentionally bankrupted the countryside and generated a continuous exodus of the rural population in the 1990’s.”

Be that as it may, the combination of favorable financial policies for the export sector, an undervalued currency, and low wage labor was a formula that unleashed a flood of cheap Chinese goods on the world that proved to be deeply destabilizing not only for the industrial sectors of economies in the global north but also in the global south like Mexico and Brazil.

Contrary to the popular image of China’s development being the product of centralized direction, a decentralized character has, in fact, been one of its key features. Decentralization has been one  of the key ingredients of China’s growth formula, dating to the 1990’s. Beijing “started evaluating local officials by how quickly the economy grew under their watch,” and they, in turn, “competed with each other to woo firms, offering them cheap land, tax breaks, and low cost labor.” Described as essentially like turning the bureaucracy into a “large start up business,” decentralization sought to decisively break the command economy as well as force local authorities to “own” the reform process both by giving them  the responsibility for coming up with the resources for investment and allowing them reap the rewards of successful capital accumulation.

Provincial and local authorities have thus had a great deal of power in interpreting and implementing general strategic directives from Beijing. The economic authority of the central government has been deliberately weakened, its role being transformed into that of an “indirect player“ focused on devising the macroeconomic backdrop such as interest rates, exchange rates, and preferential policy toward certain regions and sectors. Indeed, China has been described as the “most decentralized country on earth, with local governments’ share of revenue more than twice that common in developed countries and even much bigger than that typical of developing countries.”

It is important to note, however, that strong local authority and command of resources in the capital accumulation and development process covered mainly the nonstrategic sectors of the economy. Important agents of central control across provinces were some key state owned enterprises (SOEs) in the designated strategic sectors, such  as energy, heavy industries, railways, and telecommunications that were directly controlled by Beijing though they themselves enjoyed a great deal of autonomy. Here it must be qualified though that the majority of the country’s 150,000 SOEs and two thirds of all SOE assets were controlled by provincial and local governments.

China, however, has an advantage over other countries that makes the system work and not fly apart, and that is the Communist Party structure that parallels the government structure at all levels and across all regions. While allowing factional conflicts to a significant degree, the party structure and its attendant discipline are what makes possible the paradox of “decentralized authoritarianism,” a term coined by Hung.

Market forces dominate China’s economy, with the state retreating to a stance  of broadly regulating the economy but directly intervening or directly engaging in production in industries considered to be “strategic.” Private enterprises, local or foreign, are given free rein in most sectors and industries, but state- owned enterprises dominate the strategic sectors. SOEs are expected to make a profit, though in practice, many operate with a “soft budget constraint.” Export- oriented industrialization has been the central dynamic of the economy, a thrust that has been promoted by restraints on the growth of domestic consumption, financial repression, keeping the value of the renmimbi low relative to the dollar, and, of course, low wages. Finally, economic decision-making in China is marked by a great deal of autonomy for provincial and local authorities, with central authorities focusing on formulating and broadly supervising the implementation of nationwide fiscal, monetary, tax, foreign investment, and foreign economic policies. Nevertheless, through some 160 SOEs, central authorities have some control on the strategic industries, though a number of these sometimes operate as virtual fiefdoms. But the key factor ensuring that the economy does not degenerate into anarchy is the nationwide structure of the Communist Party which parallels the state structure at all levels, cuts across regions, and exercises a discipline unmatched by state agencies. “Decentralized authoritarianism,” is probably the most apt description of this system.

This is a part of the book China: An Imperial Power in the Image of the West? by Walden Bello, published by Focus on the Global South. The book can be accessed at: https://focusweb.org/publications/china-an-imperial-power-in-the-image-of-the-west/ 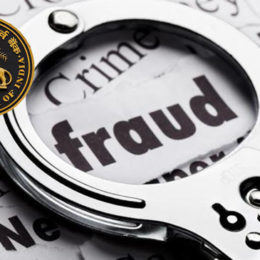 Random Reflections- Digital Frauds on the increase. Do our Banks have a Safe Security System?