Is the cookie crumbling for the Pradhan Mantri Fasal Bima Yojana (PMFBY) with Gujarat exiting the scheme? The BJP-ruled State has cited the “burden on the State exchequer” due to heavy premiums charged by companies for the crop insurance plan.

This comes as a big setback for Prime Minister Narendra Modi’s ambitious scheme launched in 2016, as his home State becomes the second NDA-ruled State after Bihar to dump it after facing ire from farmers and farmer organisations.

“The cost of premium worked out to about ₹4,500 crore, which is exorbitant. Though PMFBY is a good scheme for farmers and Gujarat had been part of it, and would want to be so in future too, for the current year at least, we are not going with PMFBY, considering the excess burden on the State exchequer,” Rupani said at a media briefing on Monday.

With one State after another quitting the PMFBY, questions are being raised about the effectiveness and the success of the scheme. Besides Gujarat and Bihar, West Bengal has exited the scheme; while Punjab did not implement it at all.

Speaking to BusinessLine, Yogendra Yadav, President, Swaraj India, said, “This (Gujarat’s exit from PMFBY) is an official admission of the failure of PMFBY coming directly from the BJP-ruled home State of Narendra Modi. If Gujarat is opting out of PMFBY, it is only fair that they review it and call it off nationally.”

Persis Ginwalla, author of the report published by the Centre for Financial Accountability, said that on many crucial counts like coverage of farmers and area, and timely assistance to farmers, the PMFBY does not meet its stated objectives. The report said: “Nearly a quarter of the State’s agriculture budget is taken up by this scheme, which benefited only about 37 per cent, 33 per cent, 29 per cent and 26 per cent of all the farmers in Gujarat for 2016-17, kharif 2018 and kharif 2019, respectively, and services less than a quarter of the agricultural land.”

Chief Minister Rupani, instead, launched an alternative State-funded scheme — Mukhya Mantri Kisan Sahay Yojana — covering all farmers under crop insurance with zero premium. “This is a much simplified scheme requiring no registration by farmers. Climatic extremities such as drought, floods or even unseasonal rains will be considered for claims. Under the PMFBY, 15-17 lakh farmers were covered, whereas now all 56 lakh farmers — big and small — will automatically be covered,” Rupani said. The scheme will be rolled out with an outlay of ₹1,700-1,800 crore for the kharif 2020 season.

Under the new scheme, any farmer with up to four hectares of land will be eligible to claims according to the guidelines, which will soon be notified. A relief of ₹20,000 per hectare will be provided in the event of crop damage in the 33-60 per cent range, while ₹25,000 per hectare for damage in excess of 60 per cent. The relief amount will be directly credited to farmers’ accounts through direct benefit transfer (DBT).

RSS-affiliated farmer’s body Bhartiya Kisan Sangh (BKS) welcomed the move terming it “more inclusive and simplified”. “ Companies exploited farmers with minimal or no claims. Now, at least we will have the government to answer us,” said Vitthal Dudhatra, President, Gujarat unit of BKS.

“There is solid evidence that private insurance firms made big money in crop insurance. This is a second official admission that the experiment of bringing in private player has failed,” Swaraj India’s Yadav added.

The full article published in Business Line can be accessed here. 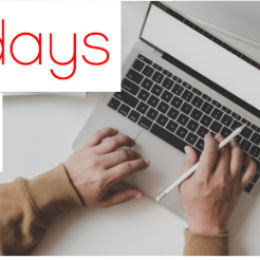 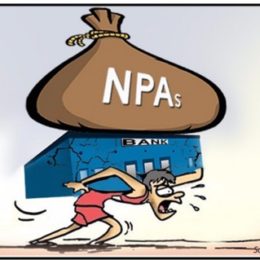