The previous Infrastructure Finance Updates have covered reports from various sectors including roads, highways, airports, railroads, and real estate sectors in this month’s infrastructure finance snippets. In this month’s update we observe that several highway projects are being launched by the government in various states of the country. In addition to the new highway projects, the sector is seeing a lot of private investment, a proposal to fund road projects through a dedicated NBFC as well as increase in toll charges. The real estate sector is seeing a lot of interest from private investors, Bharti Enterprises and Brookfield in addition to TATA Realty and Infrastructure Limited and the Canada Pension Plan Investment Board have formed joint ventures to own commercial space in the country. The Ministry of Ports, Shipping, and Waterways has identified 9 high impact projects including rail and road connectivity projects, construction of cargo terminal and handling facilities. The Indian Railways is also gearing up for the trial of bullet train in Gujarat by 2026. 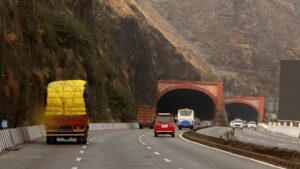 The Central government has decided to increase the toll charge on national highways beginning from April 1, 2022. The National Highway Authority of India (NHAI) has increased the toll charge from ten to sixty-five rupees. Commercial vehicles have seen a 65 per cent increase in cost, and light vehicles have seen a ten per cent increase in one-way costs. While tolls for cars and jeeps will rise by Rs 5 to Rs 10, tolls for buses, lorries, and other large vehicles will rise by Rs 15 to Rs 25 and Rs 40 to Rs 50, respectively. According to officials, the higher toll costs will result in a large boost in revenue from toll collection. Single and double journeys, as well as monthly passes, will be subject to increased charges.

The Union Minister for Road Transport and Highways, inaugurated as many as 10 National Highway projects in Solapur, Maharashtra. These NH projects of 292 kilometres are worth Rs 8,181 crore. According to him, these road projects will help in streamlining the traffic in the city as well as reducing the incidence of road accidents and pollution. Besides, it will be easier to connect the district’s rural areas with the city.  He also said that an access- controlled expressway will be constructed between Aurangabad and Pune at a cost of Rs 10,000 crore to considerably reduce the travel time between the two Maharashtra cities. According to him, this will reduce the travel time between the two cities to 1.15 hours (as against four to five hours currently). This new alignment will go from Paithan and Ahmednagar regions and a double decker bridge will also be constructed on Jalna road in Aurangabad to resolve traffic issues. He also inaugurated and laid the foundation stones of 33 national highway projects worth Rs 9,240 crore in Chhattisgarh. According to the ministry, these projects will provide better connectivity between Chhattisgarh and other states, including Odisha, Maharashtra, Madhya Pradesh, Jharkhand and Uttar Pradesh and it will be easier for visitors to reach cultural and tourist places located at Mungeli and Kabirdham.

Under the first phase of Rs 5.35-trillion Bharatmala Priyojona, the National Highways Authority of India (NHAI) will tender out another bunch of highway projects with a combined length of 14,389 km by 2023-24.

Actis is negotiating a $400 million deal to buy a portfolio of road assets from India’s Welspun Group. The buyout group is in advanced talks to acquire the assets and is expected to outbid a number of competitors. A deal might give the conglomerate’s road portfolio an enterprise value of around $1.2 billion.

According to the minister, infrastructure companies should also float their own non-banking financial companies (NBFCs) to fund road construction-related projects. NBFCs which will be floated to fund road projects, should tie up with foreign funds to reduce dollar hedging risk, and they can also mortgage toll rights. He also suggested that the National Highways Authority of India (NHAI) should also have a financial arm like the Power Ministry’s Power Finance Corporation (PFC) or the Railways Ministry’s Indian Railways Finance Corporation (IRFC)

During the first six months of the central government’s flagship Gati Shakti Mission, infrastructure gaps in approximately 130 critical projects were identified. So far, the Union Ministry of Shipping, Ports, and Waterways has recognised approximately 80 projects. Similarly, the Steel and Coal Ministries must deal with issues that arise in 38 and 13 projects, respectively. Over 1300 projects are expected to be added to the National Monetisation Pipeline (NMP) by 2024. So far, 850 of them have been mapped on it. 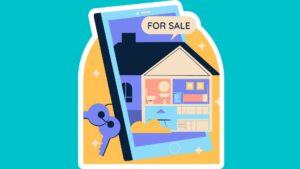 Bharti Enterprises and Brookfield have formed a joint venture for four commercial properties with a total area of 3.3 million square feet and a value of Rs 5,000 crore. Brookfield, a private real estate fund, will purchase a 51 percent ownership in the joint venture from Bharti Enterprises, which will retain a 49 percent economic interest in the properties. Worldmark Aerocity (Delhi), Worldmark 65 and Airtel Center (Gurgaon), and Pavillion Mall are among the properties (Ludhiana).

TATA Realty and Infrastructure Limited and the Canada Pension Plan Investment Board (“CPP Investments”) have announced the formation of a new joint venture to construct and own commercial office space in India. The joint venture will focus on stabilised and development assets, with a goal of managing assets worth more than INR 50 billion (C$800 million). TATA Realty and Infrastructure Limited will seed the joint venture with two assets: Intellion Park Chennai (GLA2: 4.6 million square feet) and Intellion Edge Gurgaon in the National Capital Region of Delhi (GLA: 1.8 million square feet).The joint venture would also pursue Grade A commercial developments in key gateway cities in India, with an equity allocation of INR 20 billion (C$333 million). Cities under consideration include Mumbai, Delhi, Pune, Bengaluru, Hyderabad, and Chennai which collectively contribute the majority of India’s total Grade A office space stock and demand. 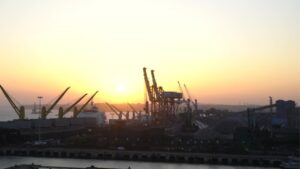 JSW Infrastructure, a key bulk cargo operator, has stepped into the container cargo business by commissioning its first container terminal at New Mangalore Port Trust (NMPT). The company, which is among the country’s top five port operators, will invest Rs 300 crore in total at the NMPT container terminal to create a capacity of close to 400,000 TEUs (twenty-foot equivalent units) by FY24. The company is also exploring opportunities to set up similar container terminals at Jawaharlal Nehru Port Trust (JNPT) and VO Chidambaranar Port in Thoothukudi.

With the Centre aiming for rapid ramp-up of India’s infrastructure (infra) and logistics sector, the Ministry of Ports, Shipping, and Waterways has identified nine high-impact infra projects worth Rs 1,913 crore as part of the Pradhan Mantri Gati Shakti-National Master Plan (NMP). The high-impact projects will be closely monitored through 2022-23 (FY23).  Two of these nine projects — extension of container terminals at Port of Visakhapatnam and mechanisation of container terminal of New Mangalore Port — have been completed.  Seven of 101 projects (in the Gati Shakti pipeline) of Rs 2,369 crore have been completed so far, resulting in the addition of 150,000 square metre storage area at ports, mechanisation of cargo-handling facilities, development of 277 hectares of economic and industrial zones on port-owned land, and construction of container terminals. The ministry has also identified 80 roadways and rail connectivity projects as part of the Gati Shakti initiative.  This is in addition to the 92 road and 93 rail connectivity projects that we are managing under the Sagarmala programme. 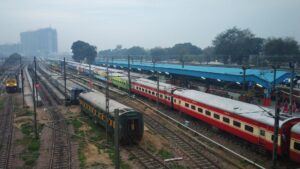 The trials of the bullet train will be conducted at a speed of 350 kms per hour, which is the same as the take-off speed of airplanes. The first such trial will be held between Bilimora and Surat in Gujarat in 2026. The trains will run on the “slab track system”, a special track, popularly known as HSR technology for the construction of tracks, patented by the Japanese. The longest (1.26 km) bridge under the project, being built bearing turbulent winds and tidal waves over the Narmada River, will be completed by July 2024. The total length of the bullet train corridor is 508.17 km and the train is expected to take around 2 hours and 58 minutes to travel between Ahmedabad and Mumbai, covering eight stations in Gujarat and four in Maharashtra.

The Delhi Metro Rail Corporation (DMRC) will expand its Mukundpur depot to meet the increased demand of two of its planned Phase 4 corridors: Majlis Park to Maujpur (Extension of Pink Line) and Janakpuri West to R K Ashram Marg (Extension of Magenta Line). DMRC has chosen not to acquire additional land for new depots in Phase 4 portions. Instead, existing depots will be expanded. Some of the existing stabling lines in Mukundpur Depot will be further expanded and some new stabling lines will be added to accommodate more trains for stabling and maintenance.

In the post-covid period, the pace of infrastructure projects has further picked up. This is reflected in the new projects that are being tendered with a focus on attracting private investors in these projects. In sectors like roads and highways, real estate, ports and Gati Shakti Mission, the interest from the private investors is evident. The programs like National Monetisation Pipeline is another measure that has been initiated to attract private investments. However, there is not enough clarity in the public domain regarding the long term implications of these investments on the infrastructure projects, their operations and maintenance, the financial aspects considering the nature of these public projects.