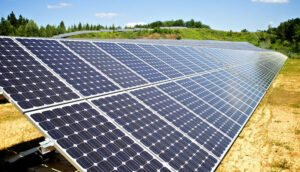 As most countries struggled to regain lost momentum in various industrial sectors during the Covid lockdowns, India’s story, too, has been no different. A new report in December 2021 on Coal Vs Renewable, a Financial Analysis, says that lockdowns to deal with the COVID-19 pandemic did slow down the pace of renewable energy installations in India.

The report is the fourth edition of Coal vs Renewable Financial Analysis, authored by Climate Trends and Centre for Financial Accountability (CFA). The report tracks the drop in coal financing, with the State Bank of India emerged as the leading financier of renewable energy projects in 2020 and PFC, and its subsidiary REC, the sole state-owned financial institutions that provided project financing to coal power projects in 2020. It’s worth noting here that the both the biggest coal producer (Coal India Limited) and coal consumers (NTPC) are government owned institutions in India.

India had recently in November, declared its intent for the first time to achieve net-zero carbon emissions, and also to completely phase out coal by 2070. Additionally, as part of its commitments to the Paris Agreement, the country intends to cut its national emissions intensity by up to 35% by 2030.

However, its not all rosy for renewables. Even as economic activity returns to something resembling normal post the lockdowns, yet the report says even with this bounce back, it seems India will be hard pressed to hit even its current target of 175 GW of renewable energy by 2022. Only 4.4 GW of renewable energy was commissioned in 2020, as per BNEF estimates. This is a steep drop from 10 GW installed in 2019. Despite the bounce back which is happening with renewable energy installations, it may still be a challenge to achieve the targets. In 2021 so far, just solar energy has added over 11.1 GW fresh capacity as we reported yesterday.

There is some respite as far as minimizing coal projects are concerned. The number of coal projects financed continued to decline. While in 2019 two projects received funding, only one project with 1.32 GW of capacity was financed in 2020. The increasing focus on renewable energy is encouraging. The report claims that it will not only capture demand growth in India, but will replace installed thermal capacity.

As per the Climate Trends and CFA report, primary financing—funding allocated to construct new projects—continued to dominate the project financing landscape in India. Over 88% of all deals were categorised as primary financing deals, with refinancing constituting the remaining 12%. The number of coal projects financed continued to decline.

Many industry experts have earlier claimed that the declaration of net-zero year for India is irrational.  Prior to the PM’s announcement at Glasgow, despite international pressure, India had so far avoided making pledges or setting hard targets beyond its commitments at the Paris climate conference in 2015. However, the trend of slowing down financing in coal started in 2020. The report reflects that the private banks have shunned the sector, and the funding for it came majorly from state-owned banks.

As per the report, unlike previous years, when commercial banks provided a significant share of coal lending, in 2020 100% of coal financing came from the Power Finance Corporation (PFC) and the Rural Electrification Corporation (REC). They provided INR 8,520 crore (USD 1,156 million) in loans. All of this was designated as primary financing.

The original article published in Saur Energy International can be accessed here.