The announcement by Finance Minister Nirmala Sitharaman yesterday (Nov 15) that the government is planning to increase the deposit guarantee limit from the existing Rs 1 lakh is a confirmation of the rumours/reports going around for some time that the government wants to bring back the Financial Resolution and Deposit Insurance (FRDI) Bill.

In August 2017 the government introduced the FRDI Bill in the Parliament on the penultimate day of the monsoon session. Without any discussion, it was sent to a Joint Parliamentary Committee headed by BJP’s Bhupendra Yadav.

The Bill was plagued with serious provisions which would have put the depositors and the banking sector at risk.

Foremost among them was the bail-in clause of the Bill, where depositors’ money would have been converted into equity in case of a bank failure (except an insured amount), to bail out the sinking bank.

This created panic among depositors, and overnight people used to withdraw large amounts from ATMs, emptying them in several parts of the country. Neither the then Finance Minister Arun Jaitley’s intervention nor the assurance of Prime Minister Modi did not help in arresting the panic or allaying the fears of depositors.

A statement issued by trade unions and other organisations said, “Crores of people rely on and trust public sector banks even when there are massive bad debts (also called Non Performing Assets). This trust is now shaken by the introduction of the FRDI Bill, which has a bail-in clause that allows deposits to be turned to equity into a deal with massive bad debts. This means that people’s small savings are not safe even in public sector banks. All this reflects the sad state of affairs of the manner in which public sector banks are being misused.”

The Bill had other detrimental clauses as well. A Resolution Corporation (RC) formed under this Bill will have unrestricted powers to act once a bank is deemed ‘critical’ and can access any information, terminate, transfer, sell the institution at its discretion. The RC has under its purview banks, insurance companies, Non-Banking Financial Companies (NBFC), financial market infrastructures, systemically important financial institutions (SIFIs) and any other entity which may be notified by the central government for the purpose of resolution.

A campaign & critique against the Bill saw trade unions, people’s movements, civil society organisations and concerned citizens raising their voices collectively. They held public meetings, engaged with Parliamentarians and Joint Parliamentary Committee, and compelling them to relook at the Bill.

Finally, the Bill was withdrawn in August 2018.

However, it was clear right then that the government will repackage and reintroduce the Bill again. Economic Times wrote then “the withdrawal of the Bill does not mean the end of the efforts to create framework to resolve bank failures. The government will bring back the Bill in a new form.” They quoted the then Economic Affairs Secretary S.C. Garg saying, “The Bill which we presented did have some design issues, some serious issues about deposits, bail-in clause and issues related to public sector banks. Since these issues were a little big, it was thought better that we withdraw it and reframe it to bring a better law for financial firms.”

The government has its hands tied up by its commitments to the Financial Stability Board (FSB) of which India is a member. Post 2008, after the global economic meltdown, FSB recommended that in a future financial collapse, to ensure that governments would not end up bailing out such financial institutions, as done in the US then, incorporating new resolution instruments like bail-in and bridge institutions.

Economist Prasenjit Bose explains, “What has driven the process of regulatory overhaul vis-à-vis the financial resolution regime in India is the pressure emanating from the Group of 20 (G20) and the Financial Stability Board (FSB), which have been setting the financial regulatory reform agenda since the global financial crisis. The ‘Key Attributes of Effective Resolution Regimes for Financial Institutions’ was adopted by the FSB in October 2011, which was subsequently endorsed by the G20 heads of states at the Cannes Summit (in November 2011) as the ‘new international standards for resolution regimes.’

“The FSB expects that the creation of powerful resolution authorities across jurisdictions, with options to either stabilise an unviable financial firm through transfer or sale of assets to a third party and/or taking recourse to ‘an officially mandated creditor-financed recapitalisation of the entity that continues providing the critical functions’ —bail-in, in other words—along with the liquidation option protecting insured depositors, would address the moral hazard problem involving the giant global banks and financial institutions.”

According to the Financial Stability Board Report (October 2019) on Implementation and Effects of the G20 Financial Regulatory Reforms countries like France, Germany, Hong Kong, Italy, Netherlands, Spain, Switzerland, United Kingdom, and the United States have implemented all the resolution tools, while Canada has done all except powers to insurers and Japan, except the bail-in clause. Countries such as Argentina, Australia, Brazil, China, Indonesia, Korea, Mexico, Russia, Saudi Arabia, Singapore, South Africa, and Turkey have only partally implemented the reforms recommended by FSB, with none of them implementing the bail-in provision.

Questions about a possible rehashed FRDI Bill for India are many (assuming it will fundamentally be the same but with minor changes): 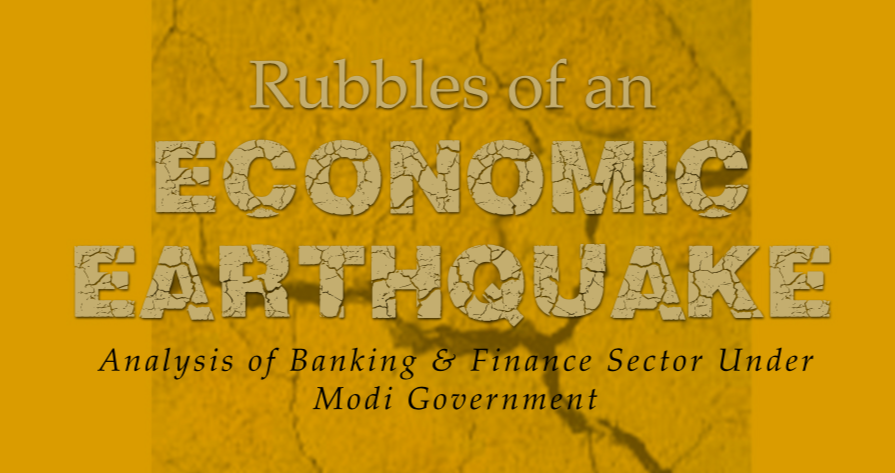 Book: Rubbles of an Economic Earthquake