Small Industries Development Bank of India (SIDBI) on behalf of the government has floated Request for Proposal (RFP) inviting bids from consultants to help set up Rs 20,000 crore DFI called National Bank for Financing Infrastructure and Development (NaBFID) to catalyse investment in fund-starved infrastructure sector. The objective of the assignment is to select a management consultant to support in the setting up of an infra Development Finance Institution (DFI), as an All-India Financial Institution (AIFI) to provide, enable and catalyse infrastructure financing. 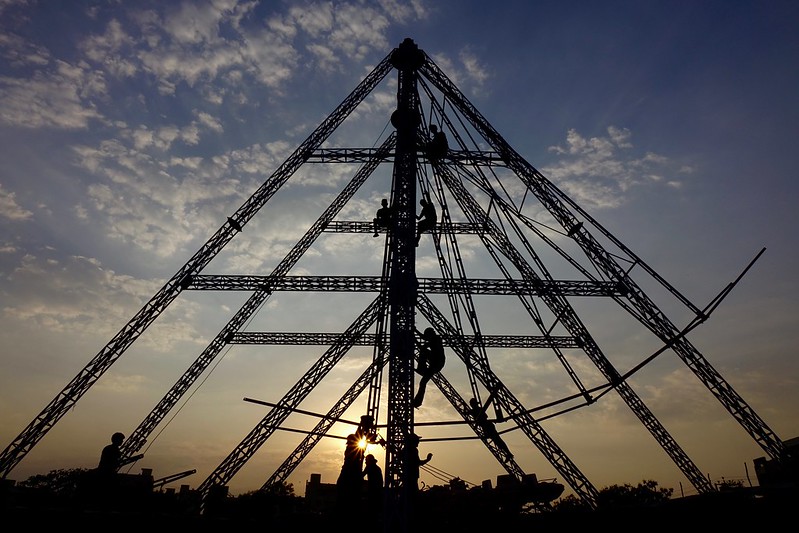 Private equity firm Carlyle Group and associates will acquire a controlling stake of over 50% in PNB Housing Finance by investing in the Rs 4,000 crore preferential issue of equity and warrants of the Delhi-based mortgage lender. Pluto Investments, affiliate of Carlyle Asia Partners, will invest up to Rs 3,185 crore through a preferential allotment of equity shares and convertible warrants at Rs 390 per share, for a 30.2% in PNB HFs expanded capital.

Singapore’s sovereign fund GIC and Phoenix Mills (PML) said that they have formed a $733 million joint venture (JV) to set up and operate retail-led mixed-use properties (malls) in the country. GIC will acquire a significant minority stake in PML’s portfolio of developments in Mumbai and Pune. The assets have a total of 3.4 million sq ft in leasable retail and office space. PML recently formed a JV with Canada’s CPPIB to set up a mall in Kolkata.

In the sector of residential real estate, the first COVID-19 wave in 2020 had a significantly deeper impact than the second wave this year. ANAROCK data reveals that housing sales in Q2 2021 stood at approx. 24,570 units across the top 7 cities, increasing by 93% annually but dropping by 58% Q-o-Q.

Godrej Properties has become the country’s largest listed real estate developer in terms of sales bookings during the last fiscal year. According to an analyst presentation, Godrej Properties reported 14 per cent rise in sales bookings to record Rs 6,725 crore during the last fiscal against Rs 5,915 crore in the 2019-20 financial year despite the COVID pandemic. In terms of market capitalisation, Delhi-NCR based DLF remains the country’s largest real estate developer with a market cap of over Rs 70,000 crore. When it comes to operational performance, Mumbai-based Godrej Properties, which is part of business conglomerate Godrej group, achieved highest sales bookings during the 2020-21 fiscal year, surpassing Macrotech Developers’, erstwhile Lodha Developers, numbers.

Real estate major DLF reported a 6.4 per cent year-on-year rise in its net profit for the January-March quarter. The Delhi-headquartered firm’s profit after tax rose to Rs 481 crore from Rs 452.3 crore in the corresponding quarter last year. During the period, DLF’s consolidated revenue from operations stood at Rs 1,713 crore, growing 1.1 per cent over the year-ago quarter. Lower cost of materials improved its bottom-line growth. In the quarter, its cost of materials consumed declined by 9.1 per cent to Rs 871 crore. For the 2020-21 financial year, DLF reported massive improvement in its profitability. While in FY20, it posted Rs 596.6 crore net loss, in FY21 DLF reported Rs 1,097.1 crore net profit, in spite of lower operating revenue.

DLF Ltd also has sold 551 luxury independent floors in Gurugram since October last year for over Rs 1,200 crore and is planning to launch more such residential units this fiscal to encash strong demand.  On launch pipeline besides Gurugram, DLF’s Senior ED informed that the company plans to launch projects in the national capital, Kasauli, Himachal Pradesh, tri-city in Chandigarh and Panchkula, and Chennai. Earier this month, DLF reported its sales bookings numbers for last fiscal at Rs 3,084 crore, up 24 per cent from the previous year. The company has given a guidance of sales bookings of Rs 4,000 crore for FY’22.

Mortgage lender Dewan Housing Finance Limited (DHFL) has reported a net profit of Rs 97 crore on a standalone basis in the quarter ending March of FY21 compared to a loss of Rs 7,634.89 crore in the year-ago period. However, revenue from operations of the housing finance declined 14 percent to Rs 2,034.53 crore in Q4FY21 compared to Rs 2,387.58 crore in Q4FY20. For the full year, DHFL, which is reeling from insolvency, has reported a loss of Rs 15,051 crore, while total income for the year stood at Rs 8,802.79 crore. The company reported a negative net worth of Rs 20,637.05 crore.

In the sector of roads & highways the National Highways Auth­ority of India (NHAI) will begin the next round of road monetisation after completing fresh traffic surveys, mainly to gauge the impact of Covid-19 on traffic in the last one year. Traffic projections in the previous round of toll-operate-transfer (TOT) projects were based on surveys conducted a couple of years ago. A lot, in terms of traffic on national highways, has changed in the post-pandemic scenario. NHAI is in the process of monetising the national highways through infrastructure investment trust (InvIT) and TOT modes. It has charted a monetisation plan that would offer 32 projects, of over 1,500 km, in the current financial year.

The National Highways Authority of India (NHAI) has also received the approval of the markets regulator to launch its maiden infrastructure investment trust to raise Rs 5,100 crore. In the future, the authority plans to offer 19 projects worth Rs 35,000 crore under the InvIT model. NHAI InvIT is a platform to monetise roads over the next 3-5 years, the official said, adding that the initial set of roads are part of national corridors and provide excellent long-term prospects.

The Ministry of Road Transport and Highways, in its toll policy, charges 10x toll rate for major bridges and structures. According to estimates, the current per km cost of road construction for Bharatmala is about Rs 15-20 crore per km. This suggests an average cost of about Rs 150-200 crore per km.

Traffic on national highways jumped 30-35 per cent in June to April levels. According to recent data compiled by Crisil, the onset of a second wave of pandemic affected traffic in April and May, while it was higher than pre-pandemic levels, especially in the last quarter of FY21, as economic activity picked up. The rating agency said that it is supported by the implementation of FASTag. Traffic on national highways fell by 15 per cent in April to 160 million toll-paying vehicles as against 190 million in Marc’h.

GAIL (India) has proposed two pipelines to initially be monetised through the Infrastructure Investment Trust (InvIT) route. A proposal for the same is awaiting a nod from the Centre, and earlier plans to completely monetise the pipeline business of the company at one go are now on the back burner. The Ministry of Petroleum and Natural Gas is preparing for putting this proposal before the Union Cabinet; once that is approved it will appoint advisors within GAIL and start the process. GAIL (India) had incurred a capital expenditure of Rs 5,000 crore for setting up these two pipelines.

The Indian Railway Station Development Corporation (IRSDC) is now looking to modernise 90 stations across the country. This is in addition to the work it is carrying out at 60 stations, where it is keen to take in private partners for facility management. Modernisation of the Habibganj (Madhya Pradesh) and Gandhinagar (Gujarat) railway stations has been completed and the new passenger amenities are operational.

Indian Railway Stations Develop­ment Corporation (IRSDC) has shortlisted nine bidders, including Godrej Properties, Oberoi Realty, Adani Railways Transport and GMR Enterprises for the final round for the redevelopment, after clearing the RFQ (request for qualification) applications. The winner of the RFP (request for proposal) will get to redevelop the station. The project involves redevelopment and management of the station and developing the adjoining land on DBFOT (design, build, finance, operate and transfer) basis at a cost of Rs 1,642 crore. The project is a plan of the central government to convert railway station areas into a ‘Railopolis’ or a ‘mini-smart city’ with mixed use development where one can live, work, play and ride. According to the plan, railway stations will be on licence with a concessionaire for 60 years.

The winning bidder of the iconic Chhatrapati Shivaji Maharaj Terminus (CSTM) redevelopment project in Mumbai could generate sales of Rs 8,000 crore to Rs 11,000 crore if it goes for residential development as part of the project, said experts in Mumbai property circles. The winner gets to develop up to 2.5 lakh square metres (2.73 million square feet) of prime property in the area as part of the project. Of this, 1.4 lakh square metres will be at CSMT, 80,000 square metres at Byculla and another 30,000 square metres at Wadi Bunder. Residential sales have boomed in Mumbai in the December and March quarters of FY21 as the state government cut stamp duty on property transactions. Developers can earn around Rs 800 crore a year in rent if they go for a combination of retail and office projects.

Disinvestment-bound Air India is looking to raise Rs 200 to 300 crore by selling commercial and residential real estate assets in different parts of the country. Air India sought bids for a slew of properties, including flats and plots. A residential plot and a flat in Mumbai, five flats in New Delhi, a residential plot in Bangalore, and four flats in Kolkata, are among the properties that have been put on sale. The government is in the process of deciding on the final contours for the disinvestment of loss-making Air India.

As per National Highways Authority of India (NHAI), the second wave of Covid-19 has had negligible impact on highway projects. The second wave halted road construction around the country as some projects grappled with migrant exodus and others were impacted due to the health of the labour force. Besides road construction, real estate construction has also taken a hit, but with the government making an exception for construction activity this time has resulted in minimal loss. On the other hand, NHAI is also expediting its process of monetising roads and national highways through the modes of infrastructure investment trust (InvIT) and toll-operate-transfer (TOT). 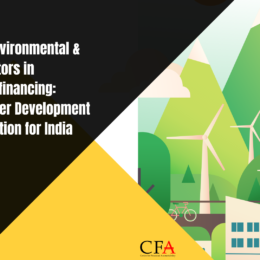