Inaugurating the Smart City Mission (SCM) in June 2016 Prime Minister Modi said, “If anything has the potential to mitigate poverty it is our cities. It is now our responsibility to provide strength to cities so that it can mitigate the maximum poverty, in the shortest time, and adds new avenues for development.”

There isn’t any project which is not justified in the name of serving the poor or having the potential to remove poverty. SCM is not an exception.

Five years later the promise of SCM stands exposed. Far from mitigating poverty, by forced evictions and no rehabilitation, it pushed more people into poverty. It attempts to create small islands of prosperity, leaving behind vast majority of the city to settle with that is left of the resources. It undermines democracy and promotes a governance model devoid of accountability to any democratic institutions. Some of these are documented.

One aspect of SCM which is scantly subjected to a public debate is the finances of SCM. This booklet is an attempt to facilitate such a public debate. This booklet has two sections. The section on ‘Financial Progress and Sustainability of Smart Cities Mission’ presents a detailed analysis of the smart city project proposals submitted by all 100 cities under the Smart Cities Mission. It is based on the financial data available on these projects by the Ministry of Housing and Urban Affairs and the city specific smart city websites. It compares in great details the finances projected for the Area Based Development projects and the Pan City projects under the mission as well as the performance of these projects in execution and financial utilisation. The booklet finds that after almost five years of the mission, its overall financial performance is quite low. The report also raises important concerns about the financial sustainability of the project proposals and its long-term implications on the city level capacities and finances which remain quite low.

It also finds that considering the financial health of the local bodies, the per capita expenditure planned under these projects is unrealistic and unsustainable. It notes that the financial proposal submitted by the city level agencies is inconsistent to their financial capacities. In addition, it also finds that the smart city proposals are non-inclusive and focus on a small area and population of the overall city in terms of direct benefits. It recommends that in terms of course correction the mission should focus on urgently sorting out issues related to transparency and disclosure of information, adequate local people’s participation in the management of institutions, involvement of nongovernment organisations and other stakeholders in performance evaluation, issues of institutional fragmentation and centralisation as well as bringing clarity on the role of city level SPVs as asset creating, asset holding or management agencies.

City level reports on smart city mission projects by Centre for Financial Accountability (CFA) also share and raise these issues that have been analysed in this report. The points similar to discussed in this report at the national level reflect in those city level reports published earlier as well such as the democratic decentralisation, the role of municipal bodies and SPVs, the availability of project level information and participation of local citizens among others. 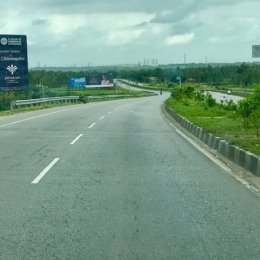