Abhishek Yadav is a freelance journalist and photographer. Yadav, who hails from Mau district in UP, will be working on the Inland Waterways Number 1. He will particularly focus on Ghazipur and Varanasi.

Aritra Bhattacharya is an independent journalist, researcher and teacher. He is currently pursuing research at the Centre for Studies in Social Sciences, Calcutta. Bhattacharya will be working on Asansol, an industrial hub, which was recently removed by Central Pollution Control Board from its list of most polluted cities. The study aims to understand what led to this denotification, functioning of the Pollution Control Board, and the impact of this denotification on the surrounding areas.

Ashfaque E J is a freelance journalist and documentary filmmaker. In his study, he will be probing if the infrastructure boom in Vellamunda and Meenmutti regions of Wayanad leading to the environmental catastrophe. He has earlier worked with the Tehelka, Narada News.

Komal Sharma works as a Station Manager at Radio Mewat, Nuh, Haryana. In her study, she will be exploring the obstacles to accessing banking services in Mewat. She has previously worked with ETV News, and Cobra Post.

Makepeace Sithlou is an independent journalist covering politics, governance, culture and human rights in the North-Eastern region of India. She will be reporting on the upcoming North East Frontier Railway line in Manipur. She is based in Guwahati, Assam.

Priyali Prakash is a journalist, currently working with the Scroll.in. In her study, Prakash will explore the darker side of India’s infrastructure boom: the unplanned residential localities on the edges of metropolises that thrive in neglect. She will be particularly looking at the economic, health, and environmental costs. She has previously worked with The Times of India online.

Rajesh Serupally is a Freelance Journalist and Researcher. During his fellowship, Serupally will be critically examining the aspect of Ease of Doing Business and policy changes in climate change, land and the relationship between labour and new age industries in Telangana and Andhra Pradesh. He has earlier worked with National Alliance of Peoples Movements in Telangana State.

Shreya Jai works as Special Correspondent (Energy) at the Business Standard. She has been writing on India’s energy sector for over eight years. Through field visits and interviews, she aims to understand if renewable energy can become an alternative or will it continue to be a minor supplement?

Tanya Matthan is a doctoral candidate in anthropology at the University of California, Los Angeles. Her current research examines agrarian risk as an object of governance, accumulation, and claim-making in rural India. Through this fellowship, she will study the operation and impact of crop insurance, particularly the Pradhan Mantri Fasal Bima Yojana (PMFBY) among farmers in western Madhya Pradesh.

Tanya Thomas covers infrastructure and power for the Mint. Thomas will look at the challenges being faced by the renewable energy sector after the government started withdrawing subsidies. She would explore how precarious the situation is for renewable energy companies, their lenders and for power consumers who may be left in the lurch. 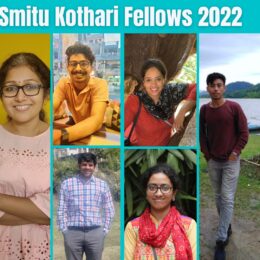 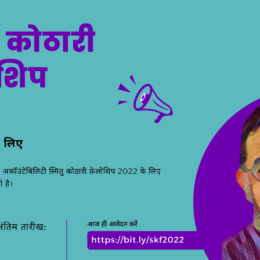 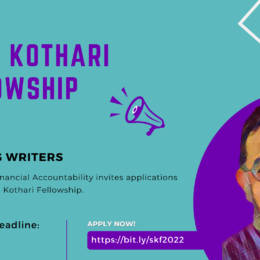