Almost a decade after the construction for the Tata Mundra Ultra Mega Power Project and eight years since the operations of the project started, a revisit to Mundra tells the story of the destruction of livelihoods, environment and disempowered communities. The project was envisaged as India’s first ultra mega power project that would add two percent to total generation capacity in India and provides power to 16 million people in five states. It would also supply cost-competitive power to manufacturing industries and services. What was not assessed was how the project would impact the most marginalized communities in Mundra whose life and livelihood were based on Mundra’s unique biodiversity and ecology.

The Project is a 4000 megawatt (MW) power station, comprising five 800MW units, in Gujarat, India. The plant was commissioned in 2012-2013 as part of the Government of India’s ambition to develop large capacity projects at the national level of 4,000 MW capacity each under tariff-based competitive bidding route using super critical technology on build, own and operate basis. A consortium of Banks including multilateral agencies and Exim Banks invested in this project, which costs US $4.14billion. Both the International Finance Corporation(IFC) and the Asian Development Bank(ADB) have put US$ 450 million each. The project since its inception has been marred with environmental and social concerns.

In 2011 the fishworkers affected by the project filed a complaint with the accountability mechanism of IFC regarding the violation of IFC’s operational guidelines. A similar complaint was filed with the accountability mechanism of ADB in 2013. Despite reports by accountability mechanisms confirming the concerns of the community of largescale social and environmental damages due to the project, largely the management rejected the reports and a flawed remedial action plan was drafted; which till now has not been implemented properly. In April 2015 the fishhworkers, represented by Earth Rights International, filed a suit against IFC in federal court in Washington D.C., where the IFC is headquartered. In July 2015, the IFC filed a motion to dismiss the complaint arguing that it is entitled to “absolute immunity” from suit in US courts under the International Organization Immunities Act(IOIA). In February 2019, in a historic 7-1 decision, the U.S. Supreme Court decided that international organizations like the World Bank Group do not enjoy absolute immunity, giving hope to the community to go ahead in their fight to hold IFC responsible for the damage caused to them.

Ten years since the project’s construction was started, and after eight years of its operations, the fishworkers of Tragadi bandar (harbor), Kothadi bander, and Navinal, (who were impacted by the in-take and outtake channels of the project) are left on the verge of poverty. With the consistent decline in fish catch due to hot water discharge from the outlet channel, destruction of mangroves and creeks, the fishworkers are now finding it very difficult to maintain their basic living standard. During a conversation with fishworkers on Tragadi gaon, most fisworkers complained of the debt cycles they were caught in. One of the fishworkers, Jam Buddhabhai said, “We used to take loans earlier as well from the merchants who come to buy our fish but we were able to pay the loans in one fishing cycle (9 months) but for the past 3 years the cycle has been unending.” Most fishworkers have also started looking for daily wage work on days they are not fishing which is difficult for them to find as their skill and knowledge both are is of the world of the sea.

Another important change has been the death of pagadia (on foot) fishing. With creeks blocked and mangroves destroyed the fish closer to the sea have almost become negligible. Most of pagadia fishworkers have started working either as wage labour worker for people who own boats. Prawns and lobsters, which were found close in the creeks and mangroves, have declined drastically. Even for fishworkers who had been fishing on boats now don’t find much fish catch near the coast. They recall that in 2010 they would catch fish to capacity in a boat twice and did not have to go beyond 2 to 3 kilometers in the sea. Today, they have to venture at least 8 to10 kilometers in the sea to find fish. This has increased the input costs and the risk they have to endure for fishing. From increase in diesel cost, to having to stay put on the boat for days and not come back to save costs of fuel, risk of fishing gear damage by ships, with endless wait to find the fish catch, past ten years have left the fishworkers struggling to make their ends meet.

Women, the Most Affected:

This decline in fish catch has left the women from fishing families in a worse condition. Women were mostly engaged in sorting, grading and drying fish once men bring the fish catch. They would also sell the certain small fish in the local market, which would contribute to their personal income. This has totally stopped. With the decline in fish catch, there is just enough for household consumption and selling to the merchants who sell for export. In Tragadi village, the fishworkers families traditionally went to Kotadi bander to stay during the fishing season. Once the in-take channel of the project was built the access route to the bander became longer. They no longer accompany menfolk to the bander now. With an increase in travel costs, the decline in fish catch and men having to be in the sea for days together to catch fish, it became difficult for women to stay at bunder. In a conversation with fishworker women in Tragadi village they feel helpless that they can’t contribute to the work or income and keep sitting at home the entire day. The quality of life, personal expenditure, movement and economic independence have all been affected. One of the girls form the community who is now 18 years old, Asifa told us, “we remember a time our mother gave us money when they would come back from markets. We all had piggy banks and our small savings, it’s been long since I have seen that in any home now.” 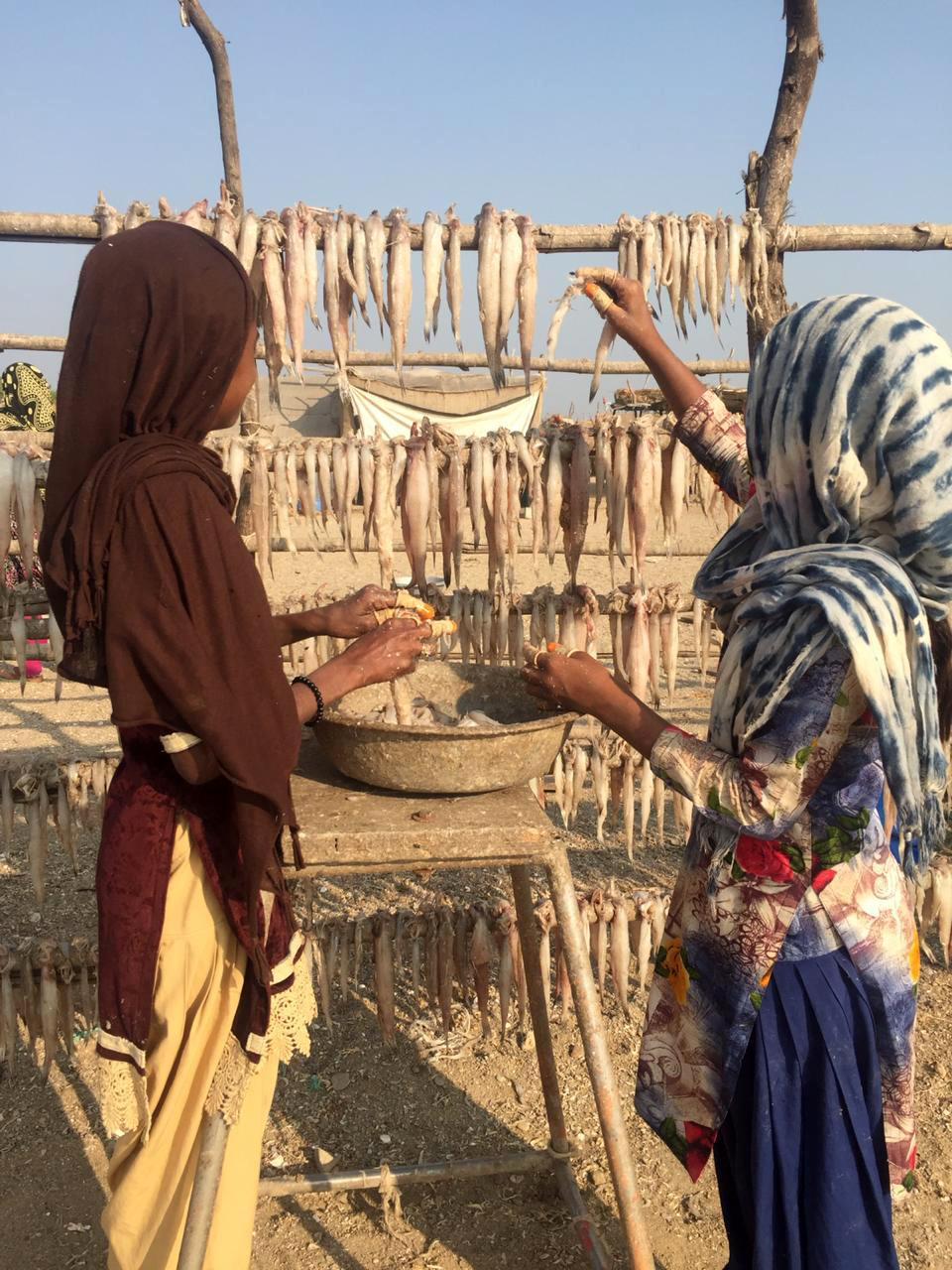 The situation of the farmers and cattle rearing community is not any better. The years of operation of the plant, with in-take channel bringing seawater deeper into the land has resulted in the drastic increase in the salinity of water. This has severely affected the agriculture in the area. In our conversation with farmers from Navinal, Mota Kandagara and Siracha, with the groundwater turning saline, the farmers have to rely on rains as bore well water is no longer fit for irrigation and where people are still using bore well water for irrigation, the quality of crop has turned bad. This has not only made farming unpredictable because of uncertainty of rains but has also changed the traditional agricultural. Crops like peanuts and chiku can longer be grown. Even for crops, which are grown traditionally like cotton, dates, bajra the production has reduced and the quality deteriorated. Many farmers have just left farming, as it is no longer bringing any income. Many have just left their fields unattended and now seek daily wage labour work. Apart from that the coal dust and fly ash that settles on the crop deteriorates its quality specially cotton which becomes black in colour and dates (coal dust and fly ash allow water to settle on it which ruins the fruit). This has resulted in a steep decline in the market value of these crops. The farmers in Navinal said that, “Once our cotton crop used to fetch the same value in the market as Bhuj cotton but today, the story is different. We are paid less than half of what Bhuj farmers will get for cotton but its understandable ours is black in colour.”

The situation of the cattle rearing community is no different. With grazing grounds having been acquired for the project, they are left with no other option but to buy fodder for their cattle. Tata and Adani (both having acquired land for the power projects) both are providing some fodder daily for cattle but that is much less than what is required. Most of the fodder has to be purchased. Also, whatever little grazing land is available has become barren due to increase in salinity of ground water. Also, fodder which is bought from local farmers and a few grazing lands are covered with coal dust which when eaten is resulting in increased cases of cattle falling sick. Premature births, increase in mortality rate and skin infections in cattle have become common. Now in desperate situations, cattle rearers have started migrating with their cattle to other talukas (blocks) in Kutch for grazing.

The operations of the project and the conveyor belt have resulted in increase in air pollution in the region. Respiratory disorders have become common. The air pollutant display machine outside the plant is always switched off in spite of it being mandatory for them to display pollution levels at all times. 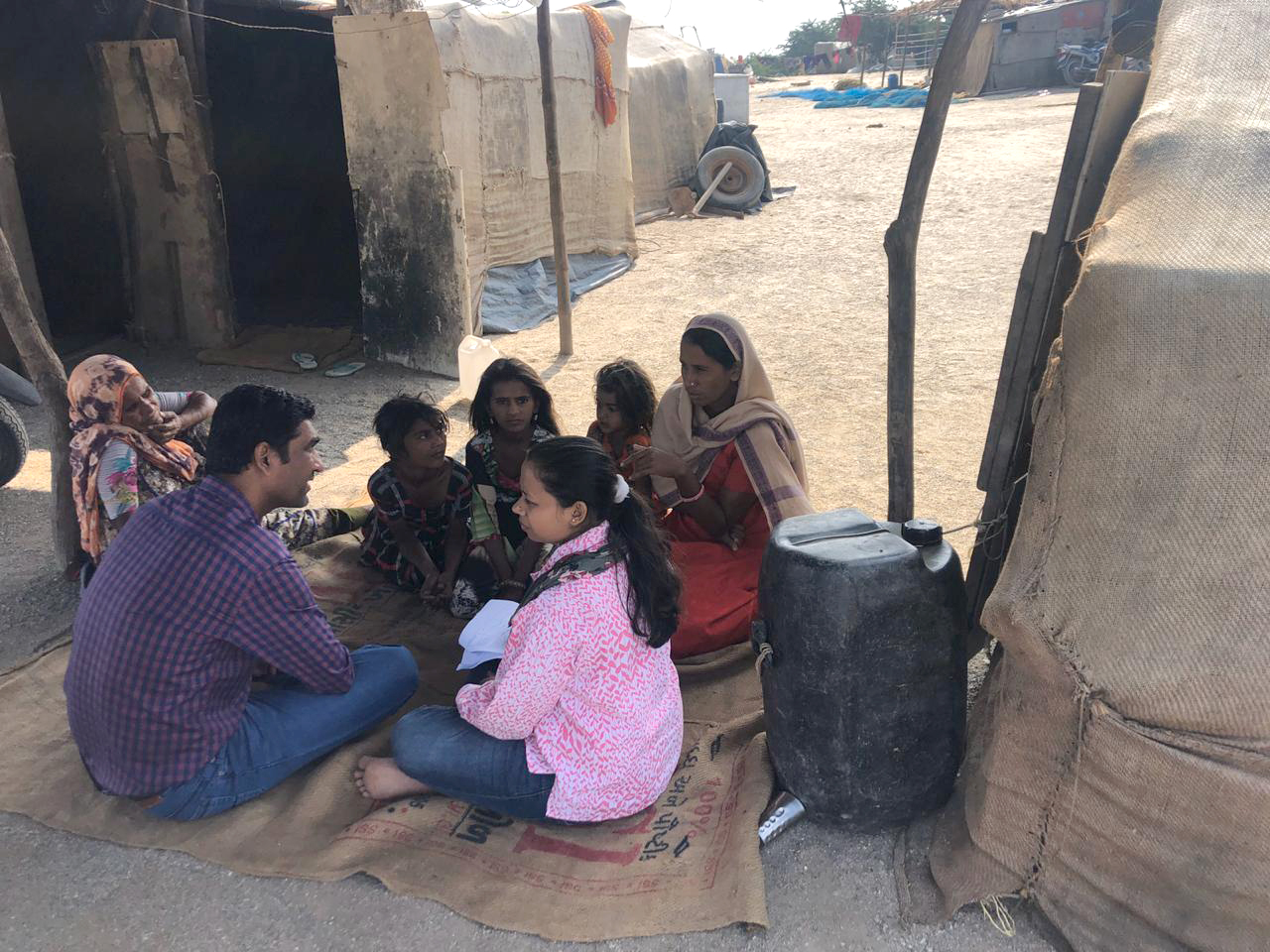 Fishworkes also have to face severe skin infections. Chemical water discharge from outlet channel has caused severe skin infections in fishworkers due to long exposure chemical hot water discharge. Salinity increase has also impacted the drinking water, which has also become saline. Even though Tata provides tankers at Tragadi bander and an RO plant in Navinal village, this is not sufficient. Most people have to buy water from tankers or if they cannot afford it they mix ground water with little drinking water that is provided to meet the water requirement. Cases of kidney stones and joint pains have become common among the population consuming water with such high salinity levels.

Given this situation of the communities impacted by the project, it is only ironic that on its official page, IFC states that, “CGPL’s community outreach initiatives focus on improving education and healthcare, increasing access to safe drinking water and energy, natural resource management, and infrastructure improvement. The initiatives also focus on improving income generation and livelihood opportunities, empowering women, enabling access to government development schemes, and strengthening community based institutions.”

After pushing people to poverty, depleting and destroying their livelihood, damaging the marine environment, being responsible for increased pollution levels and taking away the economic independence of women these claims seem nothing but disingenuous. This project is a classic example of a failed due diligence and economic assessment with the project also running into losses. With enough measures for the rescue to the company, it is the project-affected community that has been at the receiving end of the forced development.