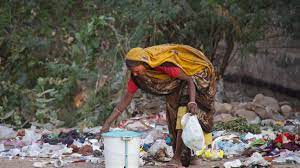 Gender mainstreaming (the process of assessing the implications for women and men of any planned action, including legislation, policies or programmes, in all areas and at all levels) became popular in several international institutions, including financial institutions like the Inter-American Development Bank (IDB), Asian Development Bank (ADB) and the World Bank, in the 1990s and 2000s. Sustained political organising and grassroots movements by women across the globe throughout the 20th century were responsible for this. While these financial institutions were assuring the world and its governments of their intentions to foreground gender justice among other pro-people ideals, they were also facing opposition against their loan programmes and policy recommendations. Projects financed by these institutions were revealed to be harmful and disenfranchising for local populations, and their logic of ‘development’ was revealed as flawed and unjust. Since globally women are more likely to experience poverty, and to have less socio-economic power than men, recovering from illness, loss of livelihood, disasters, and displacement and other fallouts of unjust policies affects women disproportionately. It is hard to reconcile the goal of gender mainstreaming with projects and policies that result in the aforementioned outcomes, yet both have been coexisting in the plans of these institutions. In India, too, most policy decisions and programmes are blind to issues of gender equity. Infrastructural and industrial projects have ignored the heightened vulnerability of women to adverse changes in employment, environment and local governance. In this context, this article will talk about the impact of waste incineration from a gendered perspective by examining its effects on the health and livelihood of women.

Waste incineration or the conversion of waste to energy (WTE) is a process that burns municipal waste to produce electricity. It is advertised as a waste management technique that can reduce solid waste in a scientific and economically viable manner. Experience around the world however has proved otherwise. Several incinerators in the United States and Europe have been shut down due to public protests and financial crisis. Studies have shown that populations living next to incinerators have been exposed to harmful pollutants and suffered increased health risks. Yet, incineration is sold as an acceptable and even desirable way of managing waste. According to a report by Global Alliance for Incinerator Alternatives, in the last 10 years, the World Bank Group has proposed financing at least 156 projects across the world promoting incineration, and financing has been approved for the majority of these. The Indian government is also keen to install municipal solid waste incinerators and has assured a steady stream of grants, loans, and financing to private concessionaires for constructing and operating these plants.

Waste incineration releases emissions that include dioxins and furans, particulate matter, carbon monoxide, nitrogen oxides, acidic gases (i.e., SOx, HCl), heavy metals (cadmium, lead, mercury, chromium, arsenic and beryllium), polychlorinated biphenyls (PCBs), and brominated polyaromatic hydrocarbons (PAHS). These pollutants are known to have major health impacts like cancer, neurological damage, growth defects, DNA damage, endometriosis, disruption to reproductive, immune, respiratory systems and damage to lung tissue. Populations located next to incinerators are exposed to these impacts on a regular basis. Gender is a major social determinant of health and women’s health is determined by their economic status, cultural location and domestic responsibilities. The disadvantaged socio-economic position of women restricts access to several necessities, including health care. Thus, if exposed to toxic substances they are at a greater risk of sustained illness and suffering, and less likely to access adequate treatment and on time.

In a systematic review of data available on the health impacts of waste incineration, it was found that communities living around incinerators are exposed to multiple health risks even after improvement in technology. Reproductive issues formed a big part of these risks. An association was found between an exposure to pollutants from incinerators and preterm and earlier gestational age at birth. Four out of five studies proved that a correlation exists between congenital anomalies in foetuses and exposure to incinerator pollution. Anomalies included fatal conditions like heart and neural tube defects, facial clefts and renal tract defects, and infant death due to congenital anomalies. Dioxins (a class of chemicals released by incinerators in their operation) interfere with various biological processes important for embryonic and foetal development, creating a higher chance of poor birth outcomes.

Loss of livelihood for waste pickers

Women’s participation in the labour force is accepted as an important step towards the reduction of gender inequality. Safe and reliable employment can facilitate financial autonomy for women and evidence demonstrates that empowering women can correlate with a reduction in fertility rate, reduced maternal mortality, as well as an increase in the average age at first marriage. Up to 91% of Indian women in paid jobs are in the informal sector, subjected to increased vulnerabilities due to gender bias in the workplace.

In countries like India, waste collection and recycling is majorly performed by informal workers. The recyclables collected by waste pickers at different stages (during door-to-door collection, or at community bins and dumpsites) are sold to junk shops or kabadiwalas who segregate them into finer categories. In this process, women are involved at the segregation stage. They either segregate waste in godowns as daily wage workers or they segregate waste brought by their husbands at home as unpaid labour. Some women also work as waste collectors. With the introduction of WTEs the employment of the most vulnerable informal sector workers is rendered even more precarious. It is the responsibility of the government to ensure employment to waste pickers if alternative methods of waste management are employed. The current situation has left them in the lurch with no work security or guaranteed wages.

All legislation and directives that talk about solid waste management prioritise segregation. Even incineration technologies are suitable only for combustible waste. Since waste to energy plants require large amounts of waste for successful operation, they use unsegregated municipal waste, which in turn exacerbates the toxicity of emissions. According to interviews conducted by Institute of Social Studies Trust in 2020, MCD and private players have taken over spaces traditionally used by women for segregation. Further, there is  rampant sexual and economic harassment of the women workers by those holding power over them in this structure.

Though loss of livelihood severely impacts everyone from a vulnerable population, it makes it harder for women to negotiate their socio-economic progress and re-enter the workforce. The government needs to ensure the protection of women working in the informal waste sector while drafting plans of waste management, a task which is made difficult by centralised, capital intensive methods like waste to energy plants.

There is a need for governments and institutions to realise that any project that causes public harm is also opposed to the goal of gender justice. The direct and indirect impacts of incineration are already visible around projects that have been commissioned in the country. In a country like India, where the state of public healthcare is grossly inadequate and uneven, not allowing ‘developments’ that have the potential to cause such great harm takes on even greater significance. Furthermore, the lack of information on the impacts of waste incineration on women is proof that neither the government nor the developers are concerned about ensuring that these projects do not negatively impact women’s health and employment.

Securing women’s livelihood and minimum wage is an integral part of gender inclusive policymaking and this will be achieved by recognising women who work in the informal sector and ensuring their rights. It is time for institutions and governments to act on the goals of gender justice outside of their narrowly defined criteria and recognise the destruction they have been financing.

The original article published in Counter View can be accessed here. 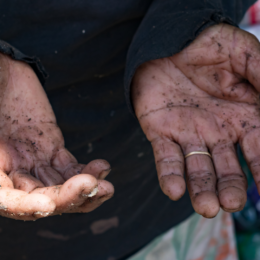 The Hidden Costs of Waste Incineration for Women

An office memorandum, a committee, and lack of clear objectives mark Women’s Empowerment by MNRE 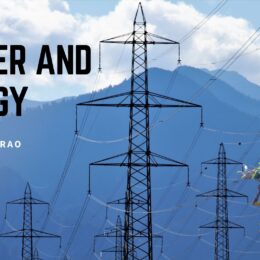