An interesting development that has happened in past few weeks is the proposed International Financial Services Centres Authority Bill, 2019 to be passed by the Indian Parliament. This bill looks to bring in the financial sector and its regulation. The bill is linked to developing and regulating the financial services market in an International Financial Services Centre in India through a unified financial regulator to provide world class regulatory environment to such financial market participants and promote ease of doing business.

The first International Financial Services Centre in India has been set up at GIFT city (Gujarat International Finance Tec-City), Gandhinagar, Gujarat. It has been reported that GIFT is facing troubles due to lack of interest and investments from domestic and international agencies as well as the IL&FS fiasco. IL&FS is one of the major promoters of GIFT.

The bill states that, as part of the First Schedule, none of the existing financial regulators like RBI (Reserve Bank of India), SEBI (Securities and Exchange Board of India), IRDAI (Insurance Regulatory and Development Authority of India), DICGC (Deposit Insurance and Credit Guarantee Corporation), PFRDA (Pension Fund Regulatory and Development Authority) and others would have any powers over the International Financial Services Centre and a separate regulatory authority would be formed to regulate it. It would be free to transact in any foreign currency only, it deems fit.

The bill states that none of the taxation laws including the IT act, 1961 would be applicable on the authority. Further adding that nothing contained in any other law or enactment for the time being in force, in relation to taxation, including the Income-tax Act,1961, shall make the Authority liable to pay income-tax or any other tax or duty with respect to its income, services or profits or gains.

All the other acts are being proposed to be amended so as not to override this bill include – the Reserve Bank Of India Act, 1934, the Insurance Act, 1938, the Banking Regulation Act, 1949, the Securities Contracts (Regulation) Act, 1956, the Deposit Insurance And Credit Guarantee Corporation Act, 1961, the General Insurance Business (Nationalisation) Act, 1972, the Securities And Exchange Board Of India Act, 1992, the Depositories Act, 1996, the Insurance Regulatory And Development Authority Act, 1999, the Foreign Exchange Management Act, 1999, the Credit Information Companies (Regulation) Act, 2005, the Government Securities Act, 2006, the Payment And Settlement Systems Act, 2007 and the Pension Fund Regulatory And Development Authority Act, 2013.

The Authority shall develop and regulate the financial products, financial services and financial institutions in the International Financial Services Centres. It would have a single regulatory authority rather than having multiple regulators for banking, financial/ capital markets, insurance, etc, provide world class regulatory environment to financial market participants and promote ease of doing business.

The accounts of the Authority shall be audited by the Comptroller and Auditor-General of India. It shall constitute a Performance Review Committee, consisting of at least two Members of the Authority to review its functioning. It shall maintain a website or any other universally accessible repository of electronic information.

In addition to the above, it has been explicitly stated that no suit, prosecution or other legal proceedings shall lie against the Central Government or the Authority or its Members, officers or other employees, for anything which is done, or intended to be done, in good faith under this Act.

In her recent budget speech the Finance Minister said that an International Bullion Exchange in GIFT-IFSC as an additional option for trade by global market participants. The finance minister added that in recent years there has been a surge in trading volumes of Indian rupee in the offshore financial centres and measures have been taken to permit Rupee derivatives to be traded at IFSC.

It has been formed under Section 18 of the Special Economic Zones Act, 2005 and provides that the Central Government may approve the setting up of an International Financial Services Centre in a Special Economic Zone. It looks to bring back the financial services and transactions that are currently carried out in offshore financial centres by Indian corporate entities and overseas branches and subsidiaries of financial institutions to India by offering world class business and regulatory environment and easier access to global financial markets of the Indian Corporate sector. 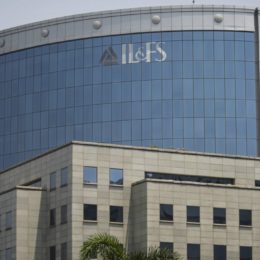 In the shadows of a debt crisis: A closer look at how IL&FS episode unfolded and impacted the larger economy