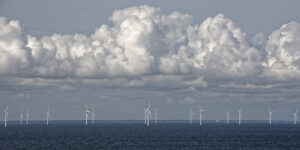 A system that thrives on an ever-increasing demand for electricity will automatically push the burden to insatiable demand for the fuels that produce it. The latest coal crisis, causing possibilities for electricity blackouts, is a bleak reminder of that fact. As the economy started recovering from its two-year low due to the COVID lockdown, the increase in economic activities has put upward pressure on the energy demand. Coal, being the source of 52% of the electricity generation in India, faced a sudden push in demand.

State-run Coal India produces over 80% of India’s coal. Its statement declared that an increase in global coal prices and freight costs had led to a curtailment in power production by plants using imported coal, adding to the pressure on utilities using domestically mined coal to ramp up output.

Sixty per cent of electricity in India is derived by burning fossil fuels, of which coal holds the lion’s share. The flood and waterlogged rail tracks in Eastern India have their role in exacerbating the coal crisis. However, several other factors have played a role in this crisis—continuous pressure on the power plants to cost-cutting is one of them. Central Electricity Authority (CEA) has made it mandatory for the thermal power plants to have a reserve coal stock for two weeks of operation. All the power plants flout this rule in their bid to assuage the cash crunch. Had this been followed, the current crisis would not have been so bad.

The high price of coal in the international market has already kept the option of importing coal at the bay. However, the recent unofficial ban by China on Australian coal imports has put downward pressure on international coal prices. Once China resumes its coal import from Australia, the increased demand for Australian coal would further spiral up the price of coal in the global market. In that case, electricity generation with imported coal would be costlier.

This crisis brings our attention to a more significant and more pertinent side of the debate: the viability of fossil fuels in electricity generation. The advocacy for green energy/ alternate energy/ renewable energy has been discussed for a while now. But it is high time that this debate addresses specific questions squarely.

Fifty years ago, nuclear power was thought to be the cleanest and greenest option for power generation by the mainstream media and the ruling dispensations. The consensus about nuclear energy has changed only after the sustained campaign by various advocacy groups and activists. Similarly, hydropower plants were once considered to be a clean source of electricity. Yet, our country is witness to the amount of havoc these plants have wrought up through the displacement of marginalised people, changing course of riverine activities, debankment, siltation, etc. Moreover, the deforestation caused by hydro projects often comes up with a colossal carbon debt.

But it is equally important to remember that the ‘renewable’ resources may  have some fine prints that become clear only at a later phase. Let us start with solar power. The idea of solar power has gained impressive traction in our mainstream and social media nowadays. Governments are also passing laws to encourage the usage of solar power. But, large-scale production of solar electricity needs vast tracts of land for installing solar panels. In a densely populated country like India, finding land would always be an issue, and it would always come at the cost of displacing people from socio-economically vulnerable backgrounds. Moreover, the production of solar panels is not exactly a carbon-neutral procedure.

Around 50g of CO2 per kilowatt-hour is produced during the first year of operating a solar energy system. The solar panel’s carbon footprint is roughly 20 times less than the carbon output of coal-powered electricity sources.

Wind turbines are another option that countries with long coastal areas have been indulging in as an alternate option. In recent years, options like harnessing tidal energy, wave energy, and others have been seriously considered. These methods are cleaner than thermal or nuclear power plants. But all these methods are not only expensive, but also depend on machines and imported instruments made through a carbon-intensive manufacturing process.

The political-economic debates related to modes of development are  intrinsically linked with the domain of renewable energy.

Here are some major concerns associated with them:

Firstly, the decision-making process has to be democratic, consultative and transparent. Any energy-related decision taken by circumventing the popular and local concerns is bound to bounce back. The proper and wholesale understanding of the stakeholding communities is essential in this regard. The communities that are displaced by the power projects or the solar panels are never the communities that benefit from those projects. This disconnect and divergence have been the fulcrum of debates and dissents regarding the development projects In India.

Secondly, we have to ensure that the decision-making process is insulated from corporate intervention. It is not a hidden fact that there are various lobbies active in the energy sector. Their transnational financial strength has a history of coaxing and enticing local politicians or policymakers to bat for their end. Therefore, our political system must ensure adequate protection and insulation from the manipulative muscles of these agencies.

Vismay Basu is an independent researcher

[Webinar] What does India need to meet its 2030 renewable energy targets? 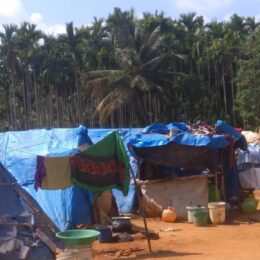