January 23, 2018, Washington, D.C. and Mundra, Gujarat: Fishing communities and farmers affected by Tata Mundra in Gujarat petitioned the U.S. Supreme Court to review the decision of U.S. Court of Appeals for the District of Columbia Circuit, which upheld the entitlement of the World Bank Group to “absolute immunity” from suits in U.S. courts.

This development is in continuation to the last year’s ruling of the U.S. Court of Appeals for the District of Columbia Circuit in Budha Ismail Jam v. IFC that the International Finance Corporation (IFC), the private lending arm of the World Bank Group, had “absolute immunity” and could not be sued for its role in the controversial Tata Mundra coal-fired power plant that has devastated communities in Mundra and nearby areas in Gujarat. Now, the villagers are asking the US Supreme Court to rectify this erroneous decision.

Even though, in its 2017 ruling in Budha Ismail Jam v. IFC, the D.C. Circuit recognized the “dismal” situation the plant has created for the Plaintiffs, including the destruction of their livelihoods and property and threats to their health, and noted the IFC did not deny that the plant had caused substantial damage, the court found that the IFC could not be sued based on its previous decisions. One of the judges, however, wrote separately, expressing strong disagreement with IFC immunity and noting another federal court had rejected the prior D.C. Circuit immunity cases, which she thought were “wrongly decided.”

“The D.C. Circuit’s decision says that international organizations like the IFC are above the law and accountable to no one, regardless of how much harm they cause,” said Richard Herz, a senior litigation attorney at EarthRights International (ERI), who argued in the D.C. Circuit for the villagers. “This ‘absolute immunity’ is inconsistent with Supreme Court precedent, and it is contrary to the IFC’s own mission. The Supreme Court should correct this error.”

“No one should be above the law,” said Gajendrasinh Jadeja, the head of Navinal Panchayat, a local village involved in the case. “Fish catch is down, our routes to fishing grounds are blocked, air is polluted because of the coal dust and fly ash, we have lost access to drinking water. What are we supposed to do?” Budha Jam, the main petitioner, added that we are hopeful the Supreme Court will take up our case and we will not give up our struggle for justice.

“The commercial activities of international organizations such as the IFC have an ever-increasing influence on the lives of people in this country and around the world,” said Jeff Fisher, an experienced Supreme Court litigator and head of the Stanford Supreme Court Litigation Clinic, which also represents the Plaintiffs. “It’s therefore critically important for the Supreme Court to decide whether the D.C. Circuit — the jurisdiction in which many of these organizations are headquartered — is correct that such organizations have greater legal immunity for these activities than even foreign countries have.”

From the start, the IFC recognised that the Tata Mundra plant was a high-risk project that could have “significant” and “irreversible” adverse impacts on local communities and their environment. Despite knowing the risks, the IFC provided a critical $450 million loan, enabling the project’s construction and giving the IFC immense influence over project design and operation. Yet the IFC failed to take reasonable steps to prevent harm to the communities and to ensure that the project abided by the environmental and social conditions necessary for IFC involvement.

Construction of the plant destroyed vital sources of water used for drinking and irrigation. Coal ash contaminates crops and fish laid out to dry and has led to an increase in respiratory problems. The thermal pollution from the plant has also destroyed the local marine environment and the fish populations that fishermen like Mr Jam rely on to support their families. Although a 2015 law required all plants to install cooling towers by the end of 2017, which would minimize thermal pollution, the Tata plant has failed to do so.

The IFC’s own compliance mechanism, the Compliance Advisor Ombudsman (CAO), issued a scathing report in 2013 confirming that the IFC had failed to ensure the Tata Mundra project complied with the environmental and social conditions of the IFC’s loan. Rather than take remedial action, the IFC responded to the CAO by rejecting most of its findings and ignoring others. In a follow-up report in early 2017, the CAO observed that the IFC remained out of compliance and had failed to take any meaningful steps to remedy the situation.

The harms suffered by the plaintiffs are all the more regrettable because the project made no economic sense from the beginning. In fact, Tata Power, which owns the plant, has begun trying to unload a majority of its shares in the project for Rupees 1 because of the losses it has suffered and will continue to suffer.

On appeal, the IFC argued that it is not bound by the mission in its charter: to help the poor and avoid harming its project’s neighbors. “The appeals court’s judgment sends the wrong message to institutions like IFC – that you can continue to lend money to bad projects, causing irreversible damage to people and environment and no law will hold you accountable,” supports the arrogance of lenders like IFC, who disregard the law, their own safeguard policies, and even the findings of their accountability mechanisms,” said Dr. Bharat Patel of Machimar Adhikar Sangharsh Sangathan (Association for the Struggle for Fisherworkers’ Rights), which is also a petitioner in the case. “The Supreme Court is our last hope. We hope IFC will be held accountable.” 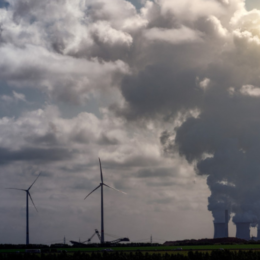