On August 27, the World Bank came out with a statement suspending the Doing Business Report. The statement said that a number of irregularities have been reported regarding changes to the data in the Doing Business 2018 and Doing Business 2020 reports, published in October 2017 and 2019. The changes in the data were inconsistent with the Doing Business methodology.
It is not that the Doing Business Report and the Ease of Doing Business ranking is coming under criticism for the first time. It was earlier challenged by labour groups, environment groups for promoting de-regulation leading to violations of labor rights and destruction of the environment.
The integrity of the data was raised in 2018 when the then chief economist of World Bank Paul Romer publicly stated that the decline in the ranking of Chile resulted from methodological changes, rather than a deterioration of Chile’s business environment, and may have been the result of the World Bank staff’s political motivations. The ranking of Chile went down when the socialist government came to power. He went on to apologize to Chile for conveying the wrong impression.
While Chile was downgraded, the case was different for India, who gained an increase in its ranking. It was pointed out that these are also due to the changes in the methodology and not due to change of business climate as such. Independent analysis with consistent methodology shows that the changes are just half of what was otherwise reported by the Doing Business report.
The World Bank, instead of standing with their chief economist, chose to defend the report leading to the resignation of Paul Romer. After firing the whistleblower, this suspension of the Doing Business Report now does not improve the Bank’s credibility.
The critique of the report is not about data manipulation, but a credibility question to the World Bank. The data given by the World Bank is usually quoted as truth by economists, policy makers and academicians. The loss of face will have a bearing on how the World Bank is perceived particularly in the global south. The report is said to be influential in determining the business climate and subsequent investments to countries. If the report itself could be biased and manipulated, the institution faces a huge challenge.

The question here is not limited to data integrity alone but that of intent too. The labour movements and civil society organisations have been pointing out how the ranking is being used to deregulate labour rights and environment regulations. The report seems to be based on the wrong assumption that what is good for the business is good for the environment, labour and the society as a whole.

“While Chile was downgraded, India gained increase in ranking. It was pointed out that this is also due to changes in methodology“

The reports which started to reduce red tape ism however is being used as a tool to push governments into reforms to reduce taxation and to deregulate land, labour and environment norms. It has become a tool for corporates and powerful nations to open up economies and accelerate extraction of resources.
In our country, the ease of doing business is used for pushing every reform whether it is within the parameters or not. For eg, the draft amendment to the EIA draft which waters down even the existing norms which relaxes public consultation and allows for post-facto environment clearance allowing the violator to pay and get away is introduced to promote ease of doing business.
The draft was met with huge backlash with more than 17 lakh comments from all sections of people including students, civil society, environmental activists, academicians, affected communities etc. Likewise the changes in the labour laws providing for ease of hiring and firing and regulations on unionisation has seen massive labour protests. Every sector is opening up to reforms which will ease doing business without looking at the beneficial parts of regulation whether it is mining, urban development or promotion of infrastructure corridors.
This one-sided push is what doing business report promotes leaving out the dimensions of sustainability, equity and ethical business practices. Ease of doing business has come to represent reforms which bypass regulations, promote private capital, reduces taxation and promotes extraction.
The report and intent is not about data integrity alone but much more. This is the time for the World Bank not just to suspend the report but give it a Covid burial.

The article published in CounterView can be accessed here. 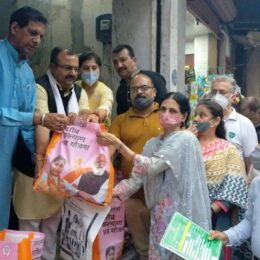 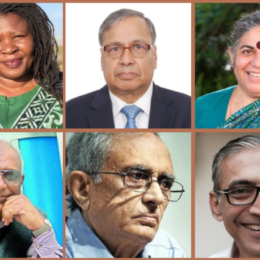