Just as the bank unions have called to intensify their protest action against bank privatization, multiple unions of the Airport Authority of India (AAI) had given a one-day dharna call for the 31st of March 2021. Multiple unions of AAI under the banner of Joint Forum of Unions and Associations of AAI have demanded the Centre to roll back its policy on privatization of Airports. The joint forum announced that they would protest in front of all the AAI establishments on the 31st and continue lunch hour demonstrations on every Wednesday.

This move comes with the AAI authority planning to bundle airports for the second round of privatization. It is reported that AAI plans to bundle Jharsuguda airport with Bhubaneswar, Kushinagar and Gaya airports with Varanasi, Kangra airport with Amritsar, Jalgaon airport with Raipur, Jabalpur airport with Indore, and Salem airport with Trichy, before offering it to prospective bidders. The idea being to merge smaller and loss making airports to merge with bigger and profit making ones, the same formula failed formula which was used for the merger of banks. This also follows the finance minister’s budget speech announcement to privatize the tier 2 and tier 3 airports. The Bhubaneswar, Varanasi, Amrister, Raipur, Indore and Trichy airports have already been approved to be leased out.

The Government has already privatized Ahmedabad, Lucknow, Mangalore, Jaipur, Guwahati, and Thiruvananthpuram – last year and is now looking to divest its stakes in Delhi (26%), Mumbai (26%), Bengaluru (13%) and Hyderabad (13%) airports. Through these moves the Ministry of Civil Aviation is hoping to raise Rs. 20,000 crore this year, starting its second round of privatization in April.

The Finance Minister claims that their privatization drive is not ‘selling of the family silver’, but as a move to strengthen PSEs. But in reality, the government’s move to privatize PSEs during a recession is far worse. Apart from the airports, eight ministries have drawn up lists of assets for the ‘aggressive monetization’ policy, these include roads, electricity transmission, oil and gas pipelines, and telecom towers, sports stadia etc. Further, Niti Aayog is in the process of drafting the National Monetization Pipeline and has empanelled for consultants – Pipeline Consultant(s)’; ‘Monetisation Consultant(s)’ and ‘Disinvestment Consultant(s)’.

Privatisation of public sector has been one of the long pending project of the structural reforms. Though there had been multiple indirect attempts to divest and privatise this is an all-out assault on the PSUs of the country. This will not only drain the wealth of the country, but also increase unemployment, deny public services to the people and increase the cost of even basic needs to fill the coffers of private profit. This has to be opposed, and the government forced to roll back its policy on privatization. 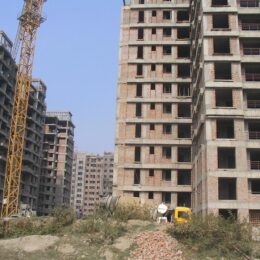