Over 100 trader organisations today opposed the USD 16-billion Walmart-Flipkart deal stating it would cause “irreversible damage” to small traders and endanger jobs for thousands.

PTI | New Delhi | Over 100 trader organisations today opposed the USD 16-billion Walmart-Flipkart deal stating it would cause “irreversible damage” to small traders and endanger jobs for thousands. The associations, including Centre of Indian Trade Unions (CITU) and All India Kisan Sabha (AIKS), released an open statement highlighting the deal’s “multifaceted dangers” to the economy, and called for its nullification.

The bodies also argued that allowing the deal to go through would create an American duopoly (Walmart and Amazon) in the Indian retail sector and also lead to control of consumer data by these multi-national corporations (MNCs).

“Walmart is well-known for its global supply chain, especially of cheap goods from China, which will hurt local manufacturers and suppliers,” Chamber of Associations of Maharashtra Industry and Trade (CAMIT) President Mohan Gurnani told reporters here. “The worst affected will be small brick and mortar retail stores along with SMEs and suppliers of goods including farmers,” he added.

Last month, Walmart had announced the acquisition of 77 per cent stake in Flipkart (which is registered in Singapore) for about USD 16 billion (Rs 1.05 lakh crore) — marking the largest e-commerce deal so far in the country. In India, 100 per cent foreign direct investment (FDI) is allowed in e-commerce for marketplaces.

As many as 127 groups have now come together to oppose the Walmart-Flipkart deal. Other signatories also include networks like National Fishworkers Forum and National Hawker Federation. Walmart India Chief Corporate Affairs Officer Rajneesh Kumar said the company is committed to India for the long term. “We have been running Cash and Carry business in India for almost a decade now and helping small kiranas succeed and become modern. We are sourcing locally with more than 95 per cent merchandise coming from within the country including from thousands of small farmers, small suppliers and women-owned businesses,” he added.

He said that Walmart has been creating skilled local jobs for the youths in the country and is also sourcing several billion dollars worth of products that made in India as part of global sourcing office. He countered allegations that the deal would lead to job losses saying the transaction will, in fact, lead to the creation of lakhs of new jobs and help thousands of local suppliers and manufacturers access the consumers through Flipkart’s marketplace model, where the government has allowed 100 per cent FDI.

Kumar emphasised that the two entities (Flipkart and Walmart) will continue to operate independently. “Flipkart will continue to run marketplace model and help thousands of small suppliers access the market and serve consumers,” he said.

When contacted, Flipkart did not respond to the query. The unions were of the view that if the deal was allowed, two American retail giants — Walmart and Amazon (which is present in India through a marketplace model) — could create a ‘duopoly’ that would be too powerful to be regulated. They also urged the BJP government — which had earlier strongly opposed Walmart’s entry into India — to frame an e-commerce policy (which is in the works) before allowing the current Walmart-Flipkart deal.

Members of the panel alleged that e-commerce companies like Amazon and Walmart seek to own and control key data of consumers and warned against misuse of such data in today’s digitally-empowered society. They added that it will be next to impossible to ensure compliance with norms as these giant corporations operate from abroad and store all their data overseas.

Members cited the example of China, which has incubated domestically owned digital e-commerce systems like Alibaba. They said many countries do not allow foreign takeover deals that are considered strategic involving digital companies.

Amitava Guha from CITU said Walmart has a long history of being anti-trade union and disregarding social security laws and added that even if Walmart and Amazon employ a few thousand more, they are unlikely to neutralise the massive unemployment loss associated with the collapse of the smaller retailers in the country.

Earlier, bodies like Confederation of All India Traders (CAIT) and All India Online Vendors Association (AIOVA) moved the Competition Commission of India (CCI) against the deal.

The story, published in PTI, can be accessed here. 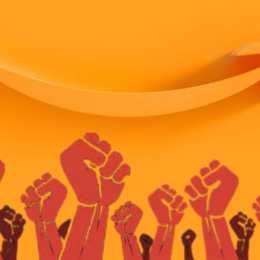 Reclaiming the Right to Unionise