On August 24 evening, a federal court ruled that the World Bank Group cannot be sued for any damage caused by its lending–despite last year’s Supreme Court ruling in the same case that these institutions can be sued for their “commercial activity” in the United States. In Jam v. International Finance Corporation (IFC), U.S. District Judge John D. Bates ruled that farmers and fishers from Gujarat, India, cannot sue the World Bank’s corporate lending arm for funding and enabling a disastrous coal power plant that has destroyed their livelihoods. The plaintiffs, represented by EarthRights International, will appeal.

In a landmark decision issued in March 2019, the Supreme Court ruled that IFC and other international financial institutions could be sued in cases based upon their “commercial activity carried on in the United States.” But Judge Bates concluded that a lawsuit over the IFC’s lending is not based upon IFC’s activity at all. On Monday, he held that even if IFC knew when it made the loans that the power plant would harm these communities, the institution cannot be sued.

“The court ruled that a lawsuit against IFC, for harms caused by IFC’s lending, is not based upon IFC’s lending,” said Richard Herz, Senior Litigation Attorney at EarthRights. “That is not right. The same law applies to foreign governments and their corporations, so this would mean that a Chinese state-owned bank that profits from causing harm to Americans in the United States cannot be sued here either.”

The construction and operation of the 4,150MW Tata Mundra coal power plant along the Gujarat coast is harming livelihoods and destroying the natural resources that generations of local families have relied on for fishing, farming, salt-panning, and animal rearing. The plaintiffs tried to raise their concerns through the IFC’s internal grievance mechanism, but when the IFC’s leadership ignored the grievance body’s conclusions, plaintiffs filed suit in the United States in 2015 as a last resort. In addition to its destructive impact on local communities, the power plant has been an economic albatross from the start; it has lost money since the day it started operating, causing its operator to fight with local governments to raise electricity rates from the low prices that had been promised.

“While we are disappointed with the dismissal of the case, we are determined to appeal,” said Bharat Patel, the head of the local fishermen’s organization, Machimar Adhikar Sangharsh Sangathan (Association for the Struggle for Fisherworkers’ Rights) (MASS), a plaintiff in the case. “We will keep up our fight to hold the IFC accountable while demanding reparation for the damages caused to our community due to the IFC’s reckless lending.”

From the start, the IFC recognized that the Tata Mundra coal-fired power plant was a high-risk project that could have significant adverse impacts on local communities and their environment. Despite knowing the risks, the IFC provided a critical $450 million loan in 2008, enabling the project’s construction.

As predicted, the plant has caused significant harm to the communities living in its shadow. Construction of the plant destroyed vital sources of water used for drinking and irrigation. Coal ash has contaminated crops and fish laid out to dry, air pollutants are at levels dangerous to human health, and there has been a rise in respiratory problems. The enormous quantity of thermal pollution – hot water released from the plant – has destroyed the local marine environment and the fish populations that fisherfolk like Mr. Budha Ismail Jam rely on to support their families. Although a 2015 law required all plants to install cooling towers to minimize thermal pollution by the end of 2017, the Tata plant has failed to do so.

A nine-mile-long coal conveyor belt, which transports coal from the port to the Plant, runs next to local villages and near fishing grounds. Coal dust from the conveyor and fly ash from the plant frequently contaminate drying fish, damage agricultural production, and cover homes and property. Some air pollutants, including particulate matter, are already present at levels dangerous to human health, in violation of Indian air quality standards and the conditions of IFC funding, and respiratory problems, especially among children and the elderly, are on the rise.

The IFC’s own internal compliance mechanism, the Compliance Advisor Ombudsman (CAO), issued a scathing report in 2013 confirming that the IFC had failed to ensure the Tata Mundra project complied with the environmental and social conditions of the IFC’s loan at virtually every stage of the project and calling for the IFC to take remedial action. IFC’s management responded to the CAO by rejecting most of its findings and ignoring others. In a follow-up report in early 2017, the CAO observed that the IFC remained out of compliance and had failed to take any meaningful steps to remedy the situation.

The harms suffered by the plaintiffs are all the more regrettable because the project made no economic sense from the beginning. In 2017, in fact, Tata Power began trying to unload a majority of its shares in the project for one rupee (a few cents) because of the losses it has suffered and will suffer going forward. At the moment, the plant is operating at only one-fifth capacity in part because India has an oversupply of electricity. Just two weeks ago, on August 12, Tata Power announced that it would merge the Tata Mundra subsidiary into itself in order to deal with the plant’s debt problem. 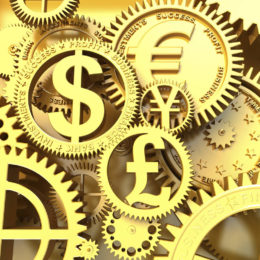