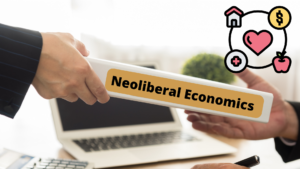 Separate set of words and phrases to describe government assistance to the poor and the rich, conveying charity for the former and duty for the latter, distorts economic systems and must change.

Welcome to the world of the language of neoliberal economics.

The significance of words and languages in communicating and implanting ideas in the mind and influencing human behaviour is not unknown. Take a relook at the different sets of words and phrases for poor citizens as against rich corporates (private corporates to be specific). The first set (for poor citizens) conveys benevolence or charity of state/government, while the second set (for rich corporates) a sense of duty, obligation, and responsibility of state/government.

That is the use of the neoliberal language – to discourage the first and encourage the second – and hence, the need to cut down or eliminate “freebies” as the latest SBI research paper (Ecowrap of April 18, 2022) argues. It warns of a fiscal disaster waiting to happen if states continue “offering freebies like farm loan waiver, restoring old pension system, etc.”, which, it says, is “economically unsustainable”.

The immediate provocation for the SBI is the announcement by Rajasthan and Chhattisgarh (both ruled by the Congress) to revert to the old pension scheme for their employees. The SBI paper estimates that this alone would “burden” Rajasthan with Rs 1.86 lakh crore and Chhattisgarh with Rs 0.60 lakh crore. For better impact, it says Rajasthan, Chhattisgarh and several other states like Andhra Pradesh, Bihar, Jharkhand, West Bengal and Kerala have all committed to spending 5-19% of their revenue receipts on such “populist” schemes. In terms of percentage of state own tax revenue, this is as much as 63% for some of the states.

Even if you try very hard, you wouldn’t find the SBI, or the RBI for that matter, denouncing largesse to rich corporates every year.

The SBI is among the scheduled commercial banks (SCBs) which are writing off huge amounts of corporate loans every year, calling such loans banking “stressed assets” or banking “NPAs” – not loan defaults by corporates, which it truly is.

There is more. The public sectors banks like SBI, are also compensated for their loss of corporate loans. During the five years of FY17-FY21, these banks have been “recapitalized” by Rs 3.1 lakh crore – from taxpayers’ money. This would mean, the total loss to the economy would be Rs 13.2 lakh crore (Rs 10.1 lakh crore plus and Rs 3.1 lakh crore) in the decade of FY16-FY21.

Look at the revenue foregone for corporates, too.

The budget documents show, in FY21, the central government has foregone Rs 1.03 lakh crore of direct (corporate) tax (called “revenue impact of tax incentives”) and Rs 62,773 crore of ‘conditional’ indirect tax (only in customs, not excise). The total comes to Rs 1.7 lakh crore. If ‘unconditional’ indirect tax (only customs) foregone of Rs 2.31 lakh crore is added, the total tax foregone to corporates goes up to Rs 3.34 lakh crore – that is 73% of the total corporate tax collections in FY21.

These are in addition to corporate tax cut worth Rs 1.45 lakh crore in 2019 – from 30% to 22% for existing firms without any tax exemption or incentive and from 18% to 15% for new manufacturing units. This tax cut would continue until at least FY24.

Add up all the three – loans waived off, tax foregone as incentives and a tax cut for corporates – for FY21 and the total comes to Rs 5.84 lakh crore.

The SBI paper is silent on this humongous burden and its impact on fiscal stability of the economy.

It provoked the former chairman of the 15th Finance Commission NK Singh to join the debate.

He wrote an article in a national daily on April 21, 2022, the title of which says it all: “Freebies are a passport to fiscal disaster”.

Singh listed seven reasons to argue why freebies are disasters for the economy.

His conclusion: “The economics of freebies is invariably wrong.”

Most certainly, Singh hasn’t written, or wouldn’t write, such analysis to warn against “fiscal disaster” the central government causes by giving “freebies” to corporate every year – “loan waivers” (NPA write-off) to corporates, “subsidy” in direct and indirect tax for corporates (tax foregone) and also cut in corporate tax. One wonders what he would say when told that these three amounted to 40.9% of the central government’s net tax revenue in FY21.

The lesson in all of this?

If the discriminatory neoliberal economics has to change and the state/government has to be deemed as an elected body to serve people’s interests, rather than private interests, then the very neoliberal language must change first.