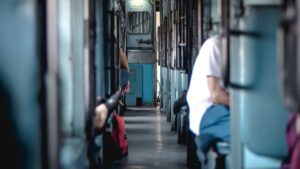 Infrastructure finance update for the month of June primarily focuses on three sectors, namely, railways, roads and highways and private investment. The majority of the news coverage from the previous month focused on which private firms’ ranked top spot among private equity and sovereign funds in terms of investment in India in 2021 and also the infrastructure projects that were delayed and had a budget overrun. In roads and highways sectors, the major focus is to modernize and enhance connectivity in Northeast regions of India by launching a number of roads, railways and air projects.

In the railways sector , a $245 million loan has been approved by the World Bank to aid India’s attempts to upgrade its logistics and rail freight infrastructure. The Rail Logistics project will assist India in diverting more traffic from the road to the rail, improving the efficiency of both freight and passenger transportation while lowering annual GHG emissions by millions of tonnes. Utilizing commercial finance will be a key goal of the project, which will be accomplished through involving the private sector and creating customer-focused strategies. The Dedicated Freight Corridor Corporation of India Limited (DFCCIL) will be better equipped to offer multimodal logistics services as a result of the project’s support for institutional capacity enhancement. The project will assist ongoing community awareness campaigns on gender-based violence and places a special emphasis on combating it. Additionally, it will implement programmes to systematically improve women’s entry and transition into the railways industry, such as increasing the proportion of women in technical job roles, creating safe working environments for both contracted women employees and unpaid women workers and prioritizing childcare for informal women workers at construction sites.

With an annual budget of about Rs 40-50 crore, the Ministry of Railways introduced the Indian Railway Innovation Policy—”StartUps for Railways” as part of its ambitions to invest in startups to discover answers to the issues the Indian Railways is now experiencing. In accordance with the new policy, the government would provide selected firms a grant of up to Rs 1.5 crore on an equal share basis with the prospect of milestone-based compensation. According to the new strategy, the Indian Railways will also establish an additional fund for the divisional railway managers so they may discover on-field solutions to on-field challenges. The Indian Railways has identified 11 issue statements as part of the policy’s first phase, including broken rail detection systems, rail stress monitoring systems, automation of track inspection tasks, and track cleaning machines. The goal of the policy is to work with startups to create prototypes for the national transporter that are practical, workable, and affordable.

With a budget of Rs. 1, 34,200 crore, the central government is carrying out a number of rail, road, and air connectivity projects in Northeast India. Over a distance of 2,011 kms costing Rs 74,000 crore, the government is constructing 20 rail projects throughout the northeast. In addition, it is building four tourist jetties, 11 floating terminals and a ship repair port at Pandu along with 4,000 kms of roads in the area at a cost of Rs 58,000 crore. These roads include National Waterways-1 (NW-1) on the Ganges, NW-2 on the Brahmaputra, and NW-16 on the Barak. Together with the World Bank, the Indian government is making significant investments to strengthen the region’s connectivity. The Center is also working on a number of initiatives with a focus on mobile network, 4G internet connection, power transmission and distribution.

The National Highways Authority of India (NHAI) has planned to monetize highway stretches totaling 1,750 kms in 2022–2023 in order to collect around Rs 20,000 crore. Indicative road assets to be monetized in the current fiscal year include 14 stretches that range in length from 6.49 km to 280 kms and are located throughout the nation. Asset monetisation is a key component of NHAI’s goal to reduce its debt burden which was Rs 3.5 trillion at the end of the previous fiscal year. The Toll-Operate-Transfer (TOT), Infrastructure Investment Trusts (InvIT), and toll securitization modalities will be used to monetize operational assets.

By 2025, the government expects to have a network of 2 lakh km of National Highways. The length of National Highways has increased by more than 50% over the past eight years, from 91,000 km in 2014 to over 1.47 lakh km now. The creation of an “Innovation Bank” for new thoughts, scientific discoveries, and technological advancements to focus on quality in infrastructure development was also recommended by the Union Road Transport and Highways Minister.

In order to expand its road portfolio, India’s IndInfravit Trust will purchase five operational road projects from businesses held by Brookfield Asset Management’s funds in a deal valued at around $1.2 billion, including debt. The agreement with Canadian company Brookfield will increase the footprint of the infrastructure investment trust in three additional states and build new highways totaling 2,400 lane kms. It presently owns a portfolio of 13 operational road assets totaling around 5,000 lane kms spread across five states.

The construction of new highways has been delayed by a sharp increase in commodity prices. The pace of highway construction during the first two months of the current fiscal was 21 km per day, compared to 24 km per day during the same period last fiscal and 29 km per day during the entirety of FY22. According to data gathered by the Ministry of Highway Transport and Highways (MoRTH), a full 1,307 km of highways was built by all implementing companies throughout the April interval of this year, including the Nationwide Highways Authority of India (NHAI).

Blackstone, a major US private equity firm, surpassed Public Investment Fund (PIF) , a sovereign wealth fund of Saudi Arabia, to take the top spot among private equity and sovereign funds in terms of investments in India in 2021. According to the India Private Equity Report of 2022 published by Bain and Company with Indian Venture and Alternate Capital Association, Blackstone made an investment of $4.9 billion in India in 2021 as compared to PIF’s $3.3 billion to take first place in the country in 2020. Kohlberg Kravis Roberts & Co (KKR), which dropped from second place in 2020 (when it invested $3 billion) to seventh place with investments of $1.2 billion in 2021 is the PE firm that appears to have slowed down on investment rather drastically in the nation. Government of Singapore Investment Corporation (GIC) and Temasek, both based in Singapore, were in the top 10 in 2021. However, the major West Asian funds did not splurge in India to reach the top of the list. Public Investment Fund (PIF), Abu Dhabi Investment Authority (ADIA) and Mubadala are among those who played a significant role in investing in India in 2020. They invested $7.5 billion in the nation as a whole. Advent International, Baring, which struck a significant transaction with Hinduja Global Solutions, and Warburg Pincus, which was involved in agreements with Ola Cabs and Parksons Packaging are three PE players that weren’t among the top 10 in 2020 but made to the list in 2021.

It is observed that out of 1,559 projects, 428 reported cost overruns of more than Rs 4.98 lakh crore, while as many as 647 projects were delayed, according to the Ministry of Statistics and Programme Implementation, which oversees infrastructure projects of Rs 150 crore and above. Out of the 647 projects that have been postponed, 103 have overall delays between 1 and 12 months, 111 have delays between 13 and 24 months, 314 have delays between 25 and 60 months, and 119 have delays of 61 months or more. These 647 projects were delayed on average for 42.83 months. The study states that the amount spent on these projects up through April 2022 was Rs 13, 50,610.98 crore, or 50.54% of their estimated cost. Time overruns have been attributed to a number of factors, including a delay in land acquisition, a delay in securing environmental and forest clearances, and a lack of infrastructure support and connections. Additionally, it has been noted that many project agencies fail to publish updated cost estimates and commissioning timelines, which raises the possibility that actual time and expense overruns are underreported.