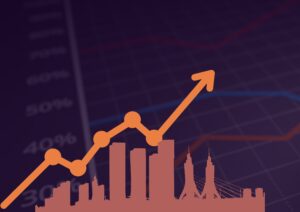 The Ministry of Statistics and Programme Implementation monitors infrastructure projects of Rs 150 crore and above. Of 1,673 such projects, 445 projects, each entailing investment of Rs 150 crore or more reported cost overruns, totalling more than Rs 4.4 lakh crore and 557 projects were delayed. According to the report, the expenditure incurred on these projects till December 2021 is Rs 13, 08,766.65 crore, which is 49.12 per cent of the anticipated cost of the projects. Reasons for time overruns as reported by various project implementing agencies include delay in land acquisition, delay in obtaining forest and environment clearances, and lack of infrastructure support and linkages. Delay in tie-up for project financing, delay in finalisation of detailed engineering, change in scope, delay in tendering, ordering and equipment supply, and law and order problems are among the other reasons.

In the sector of roads and highways, as per Economic Survey 2021-22, the road network in the country has increased substantially in the current fiscal compared to previous years, It said that there has been a consistent increase in the construction of National Highways/Roads since 2013-14 with 13,327 km of roads constructed in 2020-21 as compared to 10,237 kms in 2019-20, indicating an increase of 30.2 per cent over the previous year. In 2021-22 (till September), 3,824 kms of road network were constructed. The extent of road construction per day increased substantially in 2020-21 to 36.5 km per day from 28 km per day in 2019-20, a rise by 30.4 percent as compared to the previous year. The significant upturn in road construction in 2020-21 is due to the increase in public expenditure by 29.5 per cent as compared to the previous year – a reflection of the impetus given by the Government of India to a critical sector that generates employment and supports infrastructure during a pandemic year, the Survey said.

Union Minister for National Highways and Road Transport has approved a Rs 1200 crore project to upgrade the existing 2-lane Shiradi Ghat road into a 4-lane highway. The National Highways Authority of India (NHAI) would take up the project and complete it in two years.  Once the upgradation work is complete, the entire stretch of highway between Bengaluru and Mangaluru would become a 4-lane road, accelerating the economic growth of the region. The Union minister has also instructed the NHAI to study a proposal to build a 6-lane tunnel through the Shiradi Ghat.

Union Road Transport and Highways Minister Nitin Gadkari also said that the central government is working to develop a national highways network of 2 lakh kilometres by 2025. Government is developing 22 greenfield access control expressways to reduce travel time. Apart from cutting down travel time and fuel cost, fast track highways also helps in the economic development of the region. The priority is to bring down the cost of logistics to 10% from the current 14-16% of GDP.

Delhi Development Authority (DDA) has allocated Rs 725 crore for Urban Extension Road (UER)-II in its budget for financial year 2022-23. It is expected to make travelling from the northern end of the capital to Indira Gandhi International Airport and south Delhi a breeze. The project was handed over to National Highways Authority of India (NHAI) by DDA as it was felt that the agency was better equipped to handle a project of such a scale. DDA signed an MoU with NHAI for construction of UER–II as a national highway. The six-lane access-controlled expressway with service lanes has an approximate cost of Rs 7,700 crore, out of which DDA has agreed to provide the viability gap funding of Rs 3,600 crore. This would be released in a phased manner. While Rs 1,787 crore would be funded from the Urban Development Fund, the rest would be paid by DDA. As work on the project gathered pace, Rs 900 crore were released during fiscal 2021-22. For this, the budget estimate for 2021-22 of Rs 100 crore was enhanced and Rs 725 crore was kept in the budget estimate for 2022-23. This road will provide seamless connectivity from Mahipalpur on Delhi-Gurgaon Expressway to Chandigarh, bypassing the congested Ring Road. The road was proposed in Master Plan of Delhi 2021 and was touted to decongest the current Ring Road and Delhi-Gurgaon Expressway. Though the work was handed over to NHAI in 2017, the project got delayed due to non-availability of land.

In the sector of ports, Gujarat Port and Logistics Company Limited (GPLCL), being SUP floated by Gujarat Maritime Board and GSFC has accepted the proposal proposed by Seacoast Shipping Services Limited (SSSL) for developing coastal movement of containers and Bulk cargo from minor ports to major ports via sea route through bogies. This project will be the first move towards Sagar Mala Scheme by the Government of India Ministry of Shipping to reduce land traffic which to be beneficial to the environment and will be highly cost-effective Exim trade and will play a major role in the economy. The above project will have a high revenue income, which will increase the turnover above 200 crore additionally to the current business.

Adani Group, India’s port and logistics giant, is to bring all its rail entities under a single umbrella to make a bigger play in inland infrastructure development. APSEZ (Adani Ports & Special Economic Zone)’s current rail reach is via six business units and spans about 690 km. The group will consolidate them under a single business entity, Adani Tracks Management Services, and is aiming to create 2,000 km of track length by 2025. That targeted scale is a strategic imperative for the conglomerate to bid on major public-partnership projects of the Indian Railways “without having to compete with similar businesses in the Adani portfolio”.

In the sector of real estate, the sentiment Index Score of the sector has notched up to an all-time high of 65 in Q4 2021, on account of the reduced uncertainty on the economic front leading to stability in demand in the real estate sector, said Knight Frank India, in its latest report Knight Frank-FICCI-NAREDCO Real Estate Sentiment Index. The previous high reached was a sentiment score of 63 in Q3 2021. The report mentioned, compared to Q3 2021, the south and east zones’ future sentiment score has inched up in Q4 2021. The future sentiment score for the south zone increased to 64 in Q4 2021 from 62 in Q3 2021 as key southern markets recorded good traction in both office and residential sectors. The residential market has seen a significant uptick in demand due to record low home loan interest rates, and the RBI’s firm assurance in maintaining the status quo has further boosted demand in the market. The segment has also been supported by conducive government policies keeping market sentiment buoyed.

Property consultant Anarock said housing sales across the top seven cities rose 71% year-on-year in 2021 to 2,36,530 units as against 1,38,350 units in 2020, though the demand fell short of pre-Covid levels by 10%. Mumbai-based Anarock attributed the rise in housing sales to very low interest rates on home loans, pent-up demand, surge in aspiration for home ownership, cut in stamp duty by a few states including Maharashtra and discounts offered by builders. The fourth quarter contributed nearly 39 per cent to overall sales during the last year, on festive demand and other positive factors.

Ajmera Realty & Infra India announced that the company is developing the next phase of its residential project in Wadala, part of the 100 acres master layout of Ajmera i-land in Mumbai. The project has approximately 5,00,000 sq. ft. carpet area for sale, with funding avenues for the said project coming in from a mix of internal accruals, construction finance loan from HDFC, and sales advances. With an estimated sales value of Rs 1500 crore, the project plot will comprise 540 residential flats and 18 retail shops. The construction of the project will comprise of two wings, aggregating to 540 residential flats, which will be within close proximity of a huge 25 acres garden, which is also located within the Township.