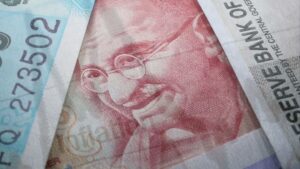 On November 8th, 2016, Prime Minister Narendra Modi announced that Rs. 500 and Rs. 1000 currency notes would be abolished. These notes have to be surrendered to the bank branches. He said black money is going to be renewed, fake notes will be gone, terrorism will end, and people who have been suffering will be benefited. Later on, it was announced that we are moving towards a cashless economy. The PM also said in another statement that in 50 days alone, people have to bear with the hardship and if there is any fallout, he can be held accountable. The current Governor of RBI, Mr Sakitikanta Das, was the Economic Affairs Secretary at that time, and every day he was issuing press releases defending demonetization and changing the Notes Exchange Rules.

The Annual Report 2022 reveals that we have 31 lakh crore notes in circulation as against 18 lakhs which were there during demonetization. The RBI earlier stated that 99% of the specified bank notes (SBNs) had been returned to the RBI.

Then where is the black money? Later, they said more members’ Income Tax Returns have been filed. But unfortunately, there is not much increase in the amount of income tax collected other than natural growth. The table below shows a steady increase in notes in circulation in pieces and the value of the rupee.

The RBI also says only 1.6% of the 2000 notes are accounted for in banks. That means the rich are boarding the rest. Is it black or white? Mr. Sakitikanta Das has to reply. The RBI Annual Report 2022 shows that the number of fake notes detected in the banking system has doubled. In 500 denominations, from 39453, it has increased to 79699 in one year and the 200 denomination fake notes have increased from 8798 to 13604. As reported above, most of the 2000 denomination notes are not in circulation, but we still have a large number of fakes. Only a small fraction of the fake notes are detected in banks and reported. The RBI report does not even account for the fake notes seized by the police and defence forces.

So fake notes have not been abolished, and terrorism has not ended. When there are so many fake notes coming to banks, why is the government not in a position to find out where they are printed?

The currency in circulation proves that though people use G Pay and other apps, cash is supreme even today. Is it not a monumental failure on the part of the Prime Minister? Is it not a shame for our nation?

We need a thorough enquiry by a Joint Parliamentary Committee to find out the truth. Mr P. Chidambaram stated in November 2016 that he had doubts that new currency notes had reached individuals without going to the bank’s currency chests.There were more than 100 widely reported cases of the seizure of new 2000 Notes during November and December 2016. Nobody has been punished. One of them is now on the board of Tirupathi temple.

More than 100 people died during demonetization because they could not exchange the old notes. Even now, people are holding onto some old notes. All this needs a detailed probe. The probe also has to correlate cash utilised during the election. Another major blow to the economy now is inflation. One of the main causes of inflation is the money supply and the amount of money (cash) in circulation. Another is bad policies. The third is a disruption in the supply chain. The fourth is more employment. But in India, unemployment is increasing. So we are in stagflation for which the government and the RBI are responsible. They have to answer or quit.