Centre for Financial Accountability (CFA) organized a Public Meeting titled, “Budget Like Never Before: A Critical Analysis of Budget 2021” on 11th February, 2021, which brought together an esteemed set of panellists covering Indian Economy, Public Health, Dalits & Adivasis, Environment and Climate Change, Power, MSMEs, Banking, Education, Infrastructure, Agriculture, Public Sector Enterprises, Labour and Informal Sector. Senior economists, leaders of the Trade Union, Activists opined that the budget 2021 miserably failed in meeting expectations of the vast majority of the people of the country and this budget has turned out to be a farcical exercise. This pro-Corporate budget has systematically ignored the poor and the working people which would further widen the divide between the rich and poor.

A brief highlights of the various points that were put forth:

The speakers unanimously agreed that there have been drastic cuts in the social sector, especially when it was expected from a vast section of the population that the government would step up its expenditure on public welfare much more to help the people tide over the shocks of the pandemic and which in turn would also give a boost to the flagging economy.

There were concerns raised about the government’s claim of deviating from the fiscal path at record levels, in the name of spending extensively to deal with the pandemic, while in reality the government has not been spending on public welfare, despite its claims. Even though the government made claims for a 137% increase in allocation for the healthcare sector, in reality those numbers have come up from combining various sorts of expenditures across multiple sectors such as Finance Commission Grants for Water and Sanitation. It was pointed out that all across the social sector, a very similar tactic has been used which is bundling a whole lot of schemes together. The Budget has also reduced the allocations for Sarva Shiksha Abhiyan, Mid-Day Meal Scheme and National Scheme of Incentive to Girls for Secondary Education from Rs 110 crore to just Rs 1 crore. The lack of budget allocation over years has resulted in just 12.8% compliance in RTE Act and there are 9 lakh teacher vacancies in elementary schools across the country. Even from the perspective of Dalits and Adivasis, though on paper there has been an increase in allocations, their qualitative analysis reveals that the intended population groups would still not benefit from it. In this budget, there are schemes which are quite irrelevant, where the allocations made are huge, and at the same time there are schemes which are crucial for the real development of SC/ST and for them the allocations have been meagre.

Budget 2021 refused to reflect upon the unprecedented historic struggle that people are fighting at the moment in the country. Massive fund cuts in schemes like MNREGA are putting many out of work and paving way for an acute debt crisis. The fund cuts in MNREGA essentially equals to squeezing employment. Slashing the labour budget by one-third is going to be the harbinger of another impending crisis. While the budget has not paid much attention to food security, PDS needs to be universalized. The need of the hour is to fight for an urban employment guarantee programme and hence Farm laws need to be countered to save PDS from collapsing. Budgetary exercise should have been bottoms up approach; for health, for employment, for education and other sectors.

The speakers also talked about what this budget meant for the power and infrastructure sector in terms of the policy direction of the government. With massive allotments to infrastructure sector, the question of huge NPAs due to infrastructure remains unanswered. The Budget 2021 is completely privatizing the power sector especially the state-owned discoms in the name of giving choice to the people. It will not only leave marginalized consumers such as the farmers and the poor at the mercy of the private companies but will lead to the government completely handing over the discoms infrastructure which was built from public money.

While the Finance Minister in her budget speech announced that capital expenditure was being hiked by 34.5% to Rs 5.54 lakh crore to give a boost to the infrastructure sector, the government is seem to be less committed to address the threat of climate change, especially aggravated pursuant to expansion of infrastructure sector and increase in economic activity. Despite Paris Agreement and climate pledges of India, the allocation in Budget 2021 has again been cut for National Mission for Green India from Rs 311 crore last year to Rs 290 crore. Similarly, the allocation for Climate Action Plans has come down to Rs 30 crores, from Rs 40 crores last year. Over 60% of the population gets directly affected by climate change even now, such as farmers, manual workers, forest dependent people and fishworkers. The concern of the government towards its people can be judged from the budget allocations, where the two targeted wildlife projects, Project Tiger and Project Elephant get Rs 250 crore and Rs 33 crore, respectively, and at the same time the entire country’s population gets only Rs 30 crore for climate action and all environmental problems.

The speakers were also critical of the government’s push towards privatization and disinvestment of Public Sector Enterprises, including Public Sector Banks. One of the speakers lashed out at the government calling this budget a “SELL INDIA BUDGET” with government’s major push for disinvestment and raised concerns that the recent announcement of privatizing two Public Sector Banks would weaken the financial system and if the trend continues in the future then the entire banking system can collapse in the country. Moreover, the announcement by the Finance Secretary that 151 enterprises in non-strategic sectors to be sold off this year itself shows that the government is hell-bent on transferring the public resources in private hands; the public resources which have been built over decades using public money. This is also the government’s strategy of making way for the private sector at the cost of the public sector. A myth has been propagated that Public Sector Enterprises are inefficient while the data tells us otherwise. This will weaken India’s strategic position in the emerging geo-political scenario in Asia and the world. This year’s budget has also brought a massive disappointment for the MSMEs and informal sectors.

The Budget actually does not even refer to the word employment, that too in the times when the country has seen massive levels of unemployment. The manner in which budgetary planning exercise happens in current times ignores the need at the ground, especially in fields directly affecting the majority of the people in the country. It came out clearly that the touting of this year’s budget as “NEVER BEFORE BUDGET” turned out to be true only in terms of hollow promises than actually stepping up to the occasion when the country was in the need of a more people-centric budget than a corporate-friendly budget. 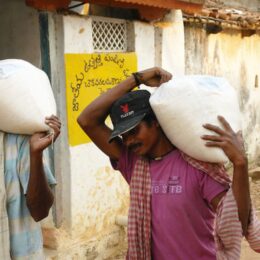 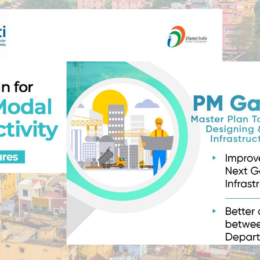 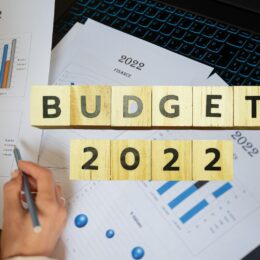